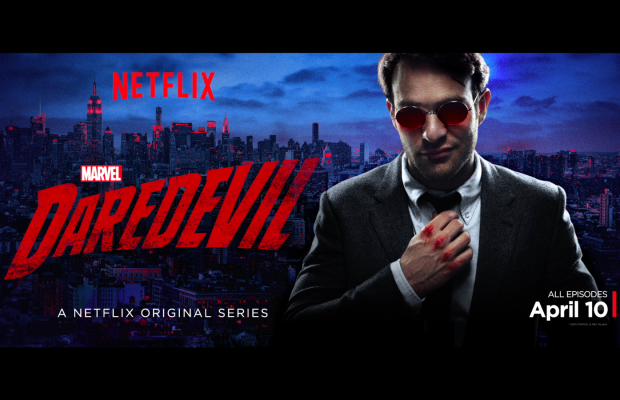 For those who are not familiar with Marvel’s Daredevil, our hero Matt is blind – he became blind after a tragic accident as a boy while he tried to save a person’s life from a radioactive substance that fell from an oncoming vehicle. Somehow from this radioactivity he received extraordinary senses.
The live action series produced by Netflix follows the journey of Matt, who is now a successful attorney and sets up his practice in his Hell’s Kitchen neighborhood in New York, where he also fights against crime by the law during the day and on his own terms as a masked vigilante by night. 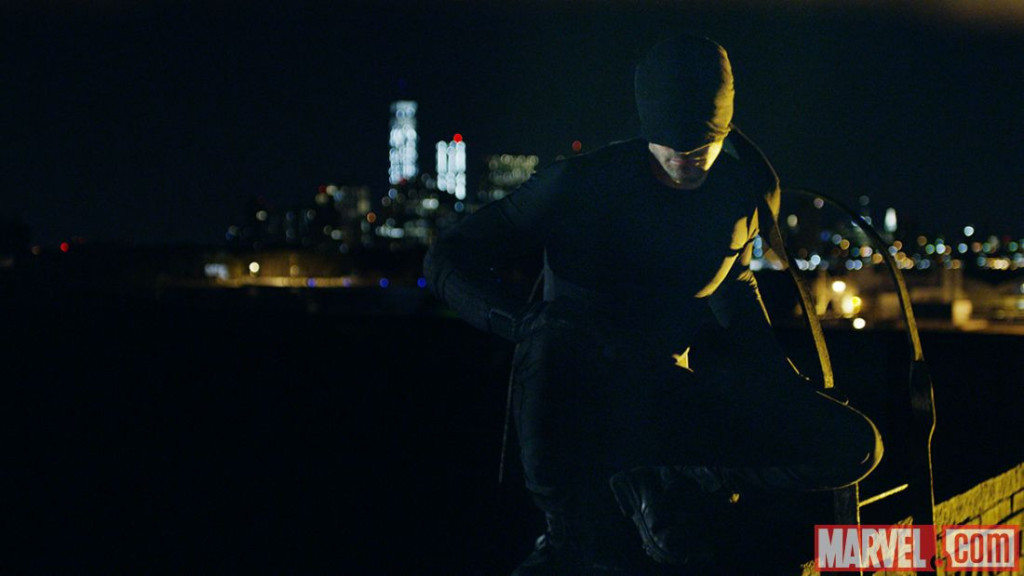 Unsurprisingly the dark blind superhero is played by Brit actor Charlie Cox (known for his roles in Stardust, Boardwalk Empire, The Theory of Everything). British actors seem to be perfect in grittier roles. He is truly amazing and you often wonder whether he is really blind considering how good his performance is.
This series is certainly very dark compared to previous Marvel superheroes stories.
Rumors has it that Netflix is planning other four Marvel inspired series in the next 4 years, i.e. A.K.A. Jessica Jones, Iron Fist, Luke Cage, The Defenders.
I look forward to binge watching them all.
The cast working with Charlie Cox is equally brilliant and includes Deborah Ann Woll and Vincent D’Onofrio.
Have a taste of the series before watching it. You won’t be disappointed.

The teaser featurette and trailers The first issue of Daredevil #1 Comic appeared in print in April 1964 created by Stan Lee and Bill Everett.

After Matt Murdock is blinded as a child, while he no longer can see, the radioactive exposure heightens his remaining senses beyond normal human ability. His father, a boxer named Jack Murdock, supports him as he grows up, though Jack is later killed by gangsters after refusing to throw a fight. After donning a yellow and dark red, and later an all dark red costume, Matt seeks out revenge against his father’s killers as the superhero Daredevil, fighting against his many enemies including Bullseye and the Kingpin.

Since 1964 Daredevil has appeared in various forms of media including animated series, video games and merchandise, and the 2003 feature-length film Daredevil, where he was portrayed by Ben Affleck.

Daredevil would embark on a series of adventures involving such villains as the Owl, Stilt-Man, the Gladiator, and the Enforcers. In issue #16 (May 1966), he meets Spider-Man, a character who would later be one of his greatest hero friends. In the Nineties, new writer D. G. Chichester and penciler Lee Weeks resumed Murdock’s friendship with Foggy Nelson, struggling to re-win the heart of Karen Page, appealing the revocation of his attorney’s license, and bonding more deeply than ever with Hell’s Kitchen.

An injured Daredevil creates a more protective costume from biomimetic materials: red and gray with white armor on the shoulders and knee pads. Revamped billy clubs could attach to form nunchucks or a bo staff. His secret identity becomes public knowledge, leading to him faking his own death and assuming the new identity of “Jack Batlin”.

In July 2011, Daredevil relaunched with vol. 3, #1 (Sept. 2011): Murdock finds he can no longer serve as a trial lawyer due to past allegations of his being Daredevil causing a case he represents in court to turn into a media circus. Two issues later, Nelson and Murdock have developed a new business strategy of serving as consulting counselors, by teaching clients how to represent themselves in court. Daredevil joins the New Avengers.
Daredevil appeared as a regular character in the 2010–2013 New Avengers series in issues #16-34 (Nov. 2011 – Jan. 2013).  Daredevil vol. 3 ended at issue #36 in February 2014, where Matt is forced to publicly reveal his Daredevil identity, resulting in his being disbarred by New York and prompting him to again relocate to San Francisco.Daredevil volume 4 launched under Waid and Samnee with a new issue #1 (March 2014) as part of the All-New Marvel NOW! storyline centered on Matt’s new life in San Francisco.

Tags:  Marvel superheroes
This entry was posted on Thursday, April 23rd, 2015 at 11:15 am and is filed under Movies. You can follow any responses to this entry through the RSS 2.0 feed. Both comments and pings are currently closed.