After the recent success of Daredevil, this November sees the release of Netflix – Marvel new gripping Original series: Jessica Jones – a second class superhero from the Marvel Olympus.

She appeared in Marvel Comics 14 years ago, in a new adult imprint called Alias that changed Marvel’s approach to serious adult storytelling created by Brian Michael Bendis and Michael Gaydos.

Jessica Jones (played by Krysten Ritter) is an ex-superhero-turned-Private Investigator who lives among normal people. She doesn’t even want to be a super hero. 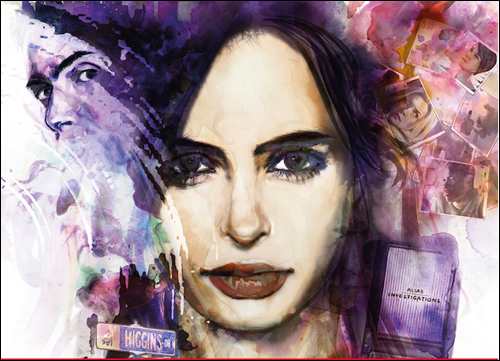 Like Daredevil, Jessica Jones has super powers derived from an accident involving chemical explosives that gave her inhuman strength and capabilities. Jessica is not a superhero in the traditional way like Superman or Spiderman who are in a league of their own and get the wide recognition and admiration of people. 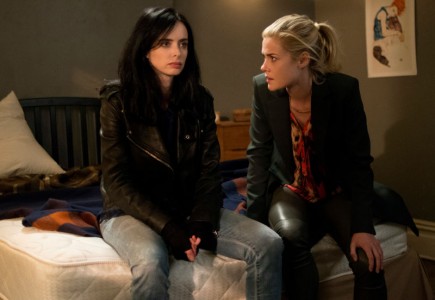 Her super powers are unveiled slowly so that the audience is teased from the beginning. Jessica Jones is more a subdued hero similar to Daredevil and that makes her more interesting and appealing as she appears to be one of us rather than a super creature living in a special world. 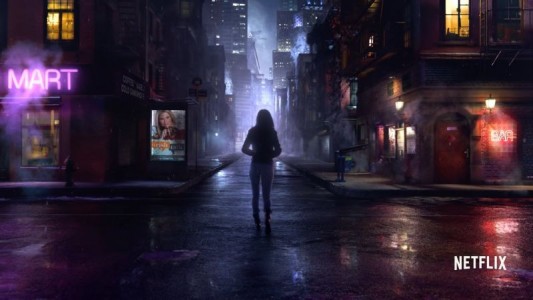 The Story – The Jessica Jones Comic

To understand the novelty of Jessica Jones’ Comic, we need to look at the governing body Comics Code Authority (CCA)’s history. The CCA regulated comics literature to avoid that the stories became violent or not suitable for children. When the CCA was phased out in 2001, comics (when not targeted to children) became very sexually explicit and violent. 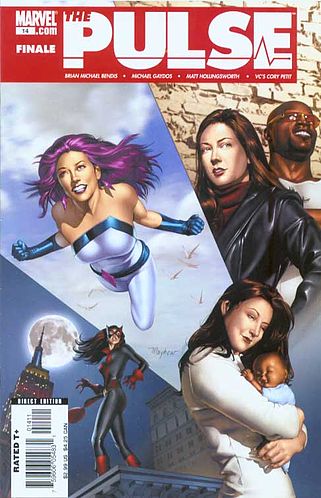 Marvel decided not to break totally away from the CCA codes and to produce more mature comics featuring graphic content but not swearing (with only one exception).

The backdrop of these comics is still the gritty and dark side of New York (like in Spiderman and Daredevil).

Jessica seems like a very emotionally damaged woman who often appears drunk, tough and prone to nightmares. She works as a P.I. on cases of missing people, murderers, cheating spouses.  She hides from a dark past which we slowly find out, in which she was under the control of Killgrave AKA the Purple Man (who is apparently dead) and she is now recovering from that trauma. Killgrave used his power of mind control to place Jones under his command for eight months, psychologically torturing her and forcing her to aid his criminal schemes. At the end she escaped but she began to lose the distinction between his will and her own. The Netflix series starts from this moment in the story and we see a demoralised Jones that has given up her costumed superhero life.

She wants to move on when she falls in love with fellow superhero Luke Cage (who has indestructable skin). But Killgrave returns and her life is once again threatened by the Purple Man who starts killing anyone in his way to get his love interest Jessica.

When the comic published in Alias became a huge success, Marvel incorporated Jessica Jones in a series called The Pulse included in the main Marvel comics (suitable for children) and it removed all inappropriate content from the stories.

The Netflix Original series brings back the grittiness and darkness of the Alias content and for that reason it is not suitable for children. This is one of those series, like Breaking Bad, that it’s classified under ‘after bedtime’ category.

The series is worth watching just to see David Tennant in action as the creepy super villain Killgrave AKA The Purple Man in action who can control people’s minds and make them want to do horrifying things including killing, destroying and … also loosing lots of money at poker games (in his favour of course).

The storytelling is not surprisingly outstanding with Netflix amazing writers behind it.

Jessica takes the audience to very dark places. There’s a lot of violence that I often found myself wanting to skip (and with Netflix you can do it) but I guess it is part of the dark nature of the story.

The series is highly appealing to women because deep inside there’s a little bit of Jessica Jones in every woman that needs to be unleashed.

I expected this series to be more romantic and sexually charged than it actually is. I hoped we would see more of the Luke and Jessica romance blossoming in the series. The finale makes you want to explore a potential second series which would start with a peaceful post-Killgrave life for the lovers.

But there’s nothing peaceful in superheros’ lives so the love story will certainly continue under extreme circumstances.  Bring on Series 2!

This entry was posted on Wednesday, November 25th, 2015 at 11:00 am and is filed under Movies. You can follow any responses to this entry through the RSS 2.0 feed. Both comments and pings are currently closed.