Marco Polo – the most glamorous explorer of all times – is on his way to Hollywood!

As an Italian, I have grown up reading Marco Polo’s Il Milione (Book of the Marvels of the World or simply The Travels of Marco Polo), a 13th-century travelogue written down by Rustichello da Pisa from stories told by legendary Venetian Marco Polo, describing his travels through Asia, Persia, China, and Indonesia between 1276 and 1291, and his 20 years experiences at the court of Kublai Khan. 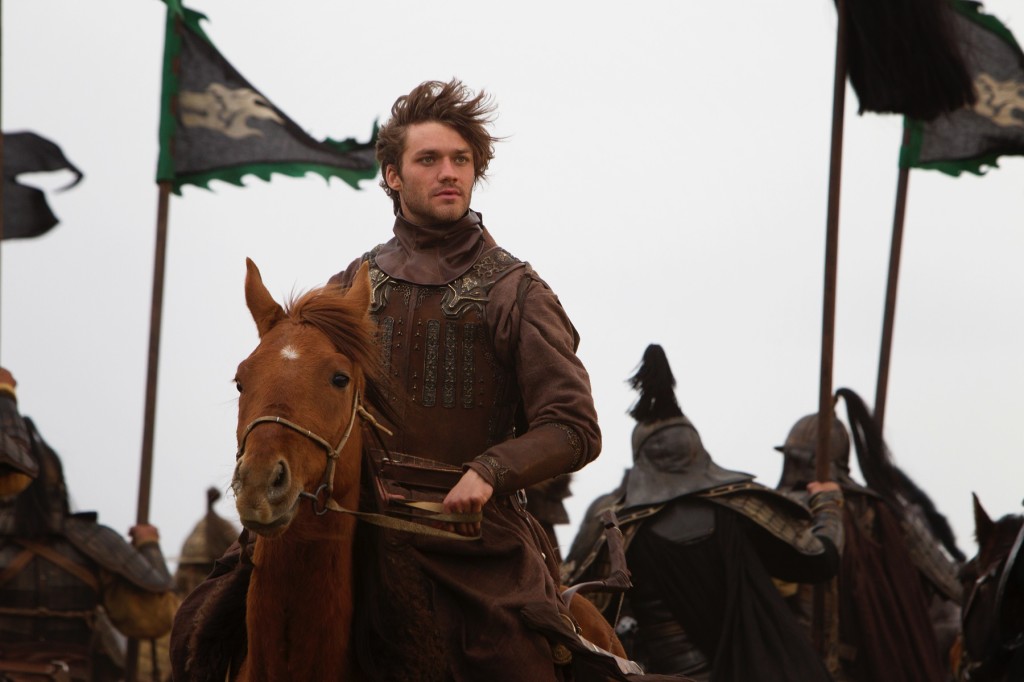 He was one of the first Europeans from the Middle Age to have travelled into the Far East by foot, on a horse and ship. His Travels was a rare popular success in an era before printing. Marco Polo’s description of the Far East and its riches inspired Christopher Columbus’s decision to try to reach Asia by sea, in a westward route. A heavily annotated copy of Polo’s book was among the belongings of Columbus. This is just to say that he has paved the way to modern explorations and without him the world would not be the same as we know it today.  And apparently on his deathbed in 1324, Marco Polo murmured, “I have not told half of what I saw.”

He was a remarkable human being too and thanks to Netflix Marco Polo’s adventures will be brought back to life in a new modern big screen version supported by new film technology and effects. 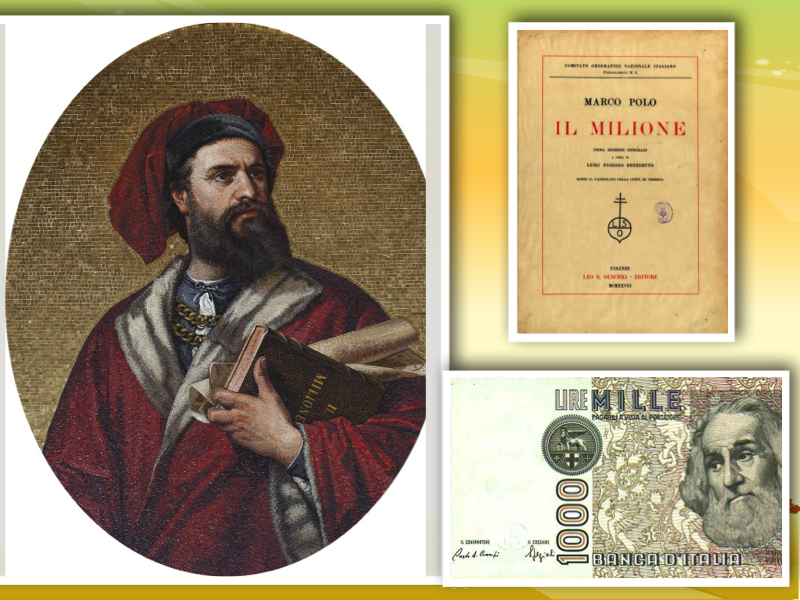 The very first Marco Polo to hit the big screen was in 1938.  The box office motion picture starring Gary Cooper was called The Adventures of Marco Polo.  Forty four years later, TV watchers were treated to Marco Polo, a 10 hours mini-series, produced by Vincenzo Labella and directed by Italian film maker Giuliano Montaldo, which won the Emmy Award in 1982 for Outstanding Limited Series. 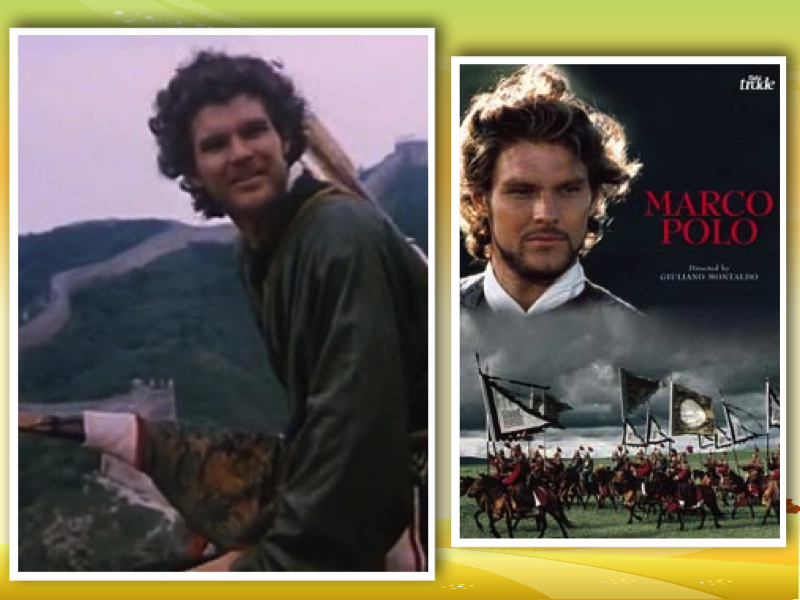 This mini soap painted quite an accurate portrait of Marco’s Travels and ‘career’ at the Chinese Emperor’s court. I am particularly fond of this mini series as I used to watch it with my parents in Italy when it came out. I was 12  then and I remember how most Italian families had a weekly appointment with this historical ‘soap’ that was extremely well made for the Eighties and I can still remember so vividly. Marco Polo was a like a superhero for us kids and because of his popularity he became the face of the Thousand Lire Note (see my first collage of images above).

Take a look at the final clip from that mini series:

Being immersed in those real adventurer’s tales made me a curious girl with a huge desire for travelling the world. My personal journey is a testimony of how important Marco Polo’s story has meant to me in life. I have learnt six languages, travelled the world and I am still an avid explorer myself.

During my Uni courses I read Columbus’ diaries and figured out that his biggest inspiration was Marco Polo. I was so happy to finally find out that I was right thinking of Marco Polo as the most glamorous explorer of all times. Somehow that made me proud to be Italian!

Marco’s story is also a story of determination and perseverance. Chinese Emperor Kublai Khan was so fond of Marco Polo that, after 20 years of having him at his court, he did not want to let him go back to his Venice which he dearly missed. He offered Marco a position as a Governor to an important Chinese region, gave him lots of money and power. But if you have been to Venice or if you are Italian you would know why Marco felt such a deep Sehnsucht that made him escape unexpectedly and secretly. He was not ungrateful but his love for Venice was stronger than his love for power.

When it was written, the Travels book was an huge success, and Marco Polo became almost a mythical character for centuries.

Initially his writings were met with skepticism, his alleged voyages planted dreams of travel in the minds of westerners and inspired everyone from merchants to mapmakers to explorers.

We had to wait until 2007 to have a portrait of a passionate Marco Polo in a new TV series starring  gorgeous Ian Somerhalder. Although I am a huge fan of Ian (having binge-watched all The Vampire Diaries on Netflix in a very short period of time),  in my view this new epic could not match the beauty of the first Italian mini series. It’s fair to say that in both series the main actors were really stunning and representative of the character despite not being Italian themselves. I always wondered why producers never chose an Italian actor to portray such a quintessentially Italian personality. 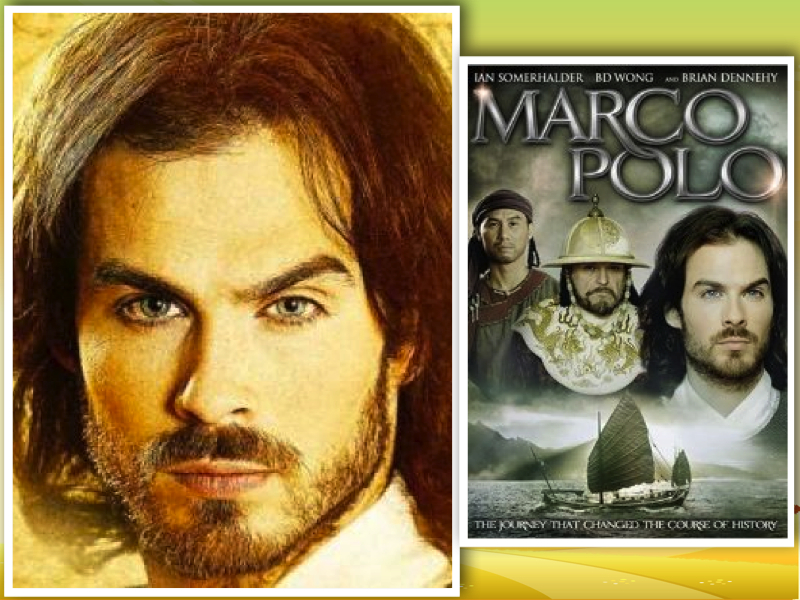 The wait is now over and we will soon have a new Marco Polo mini series. 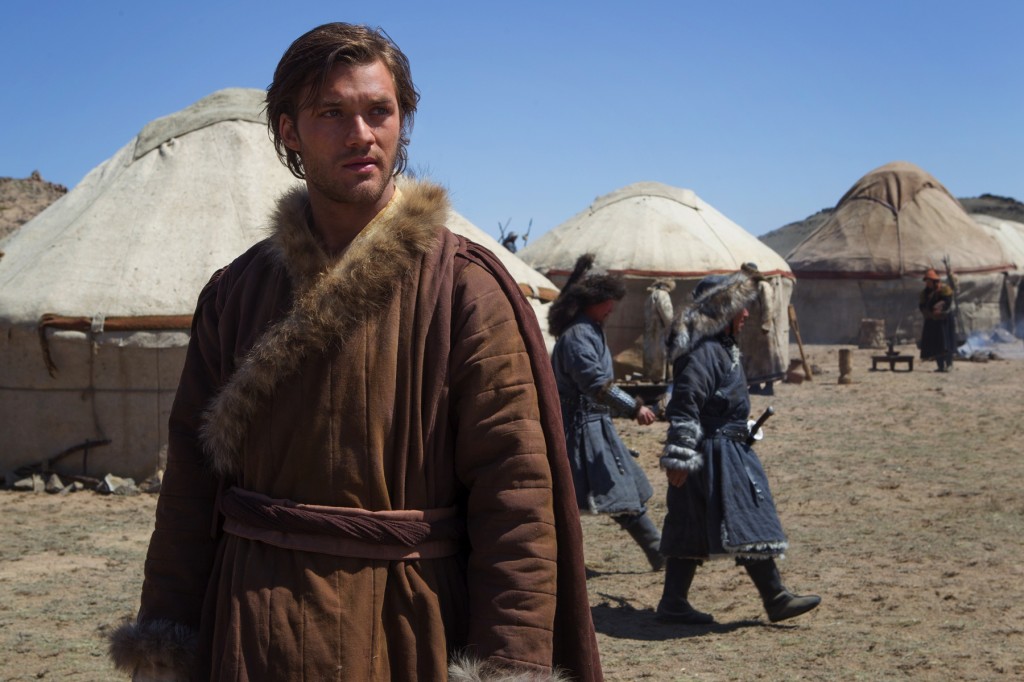 My expectation for this new epic is that it will be less poetic but more intense and filled with passion and aggression, which is probably much more realistic and true to real life than the previous series. I also expect it to include more sex scenes simply because it is trendier these days to have sexy characters and it also attracts more viewers if the actors have great on-screen chemistry.

Italian actor Lorenzo Richelmy is not as famous as other actors but he is very well known in Italy and he has the potential to become the best looking and most credible Marco Polo of all times. Lorenzo looks the part – he is Italian (for a start) – and won’t disappoint me judging from the trailer and the featurettes below.

This entry was posted on Friday, November 14th, 2014 at 1:14 pm and is filed under Movies. You can follow any responses to this entry through the RSS 2.0 feed. Both comments and pings are currently closed.