A very big thank you to everybody who nominated Talking Pictures in the UK Podcasters Awards. And the great news is that the show, from our very own film critic, Freda Cooper, is a finalist in the Best TV/Film Podcast category! 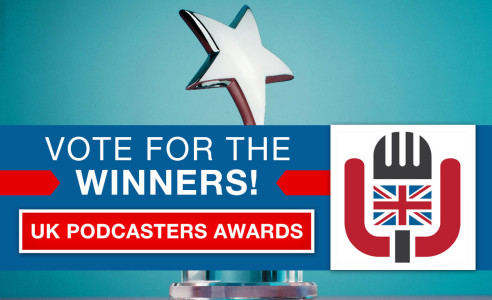 This is where it gets serious, because the winners are chosen by a combination of a panel of judges and public vote. So the Talking Pictures needs your vote one more time.

Just follow this link: http://newmediaeurope.com/2015/uk-podcasters-awards-the-nominations-are-in/ and you’ll see a list of the categories in the final. Click on the Best TV/Film Podcast category and the page will show you how to vote. It’s just a couple of clicks, you can only do it once and it really counts.

Voting closes on Monday, 31 August 2015 and the winners are announced in mid-September.

So please vote, spread the word and let’s make Talking Pictures a winner!

This entry was posted on Tuesday, August 11th, 2015 at 9:48 am and is filed under Movies. You can follow any responses to this entry through the RSS 2.0 feed. Both comments and pings are currently closed.