Peckham Rye meets Baker Street as new research reveals the fictional residents Londoners would most like to spend an hour with. I was not surprised to see that according to a recent research commissioned by CitySprint in association with YouGov Sherlock Holmes and Del Boy are the joint favourite fictional Londoners for residents of the capital, edging out James Bond and Bridget Jones for the top spot.

When I came to London 17 years ago, little I understood why that famous cockney-speaking tradesman from Peckham was so popular. And frankly I did not got all his jokes, humour and mischievous behaviour. Almost two decades down the line, I love Only Fools and Horses to bits and I even have the entire series’ box! Del Boy is definitely the quintessential Londoner and deserves the top spot in this ranking. 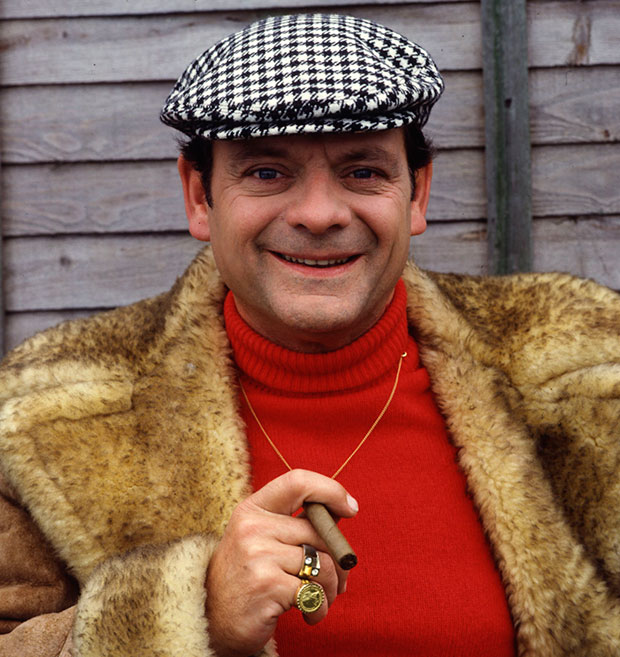 Londoners have named Only Fools and Horses’ Del Boy and Sherlock Holmes as their joint favourite from a list of fictional residents of the capital, with each receiving 24% of the vote among those who picked a character.

The poll of Londoners was undertaken by YouGov and conducted to mark the launch this summer of a new type of retail delivery service in the capital, On the dot,  which will allow shoppers to specify an exact hour window for their delivery. It is being launched in London ahead of a roll out across the UK, and has a wide variety of some of the capital’s best independent retailers already signed-up.

Del Boy and Sherlock both trumped James Bond, who came third in the list of fictional Londoners with 18% of the votes. 007 is chased by London’s perennial diarist, Bridget Jones, who received a 13% share of votes.

Londoners are famous across the world for their personality and character, so it should be no surprise that two such distinctive fictional Londoners are their favourites.

Free time is a precious commodity for the capital’s real life residents; on average, the survey found that the longest Londoners have waited around at home to receive a delivery is a shocking eight and a half hours!

The full results from the On the dot survey of how Londoners like to spend a free hour have been illustrated on a digital map of the city, entitled The Londoner’s London.

This entry was posted on Thursday, August 27th, 2015 at 11:00 am and is filed under Movies. You can follow any responses to this entry through the RSS 2.0 feed. Both comments and pings are currently closed.