All Hail King Julien! The world’s biggest party animal now has his own Madagascar spin-off series

The world’s biggest party animal King Julien was in town last Sunday for the screening party of Netflix Original Series All Hail King Julien at Prince Harry’s favourite Bar Mahiki, London, where guests were treated to dance lessons from Got to Dance winners Duplica8 and King Julien, jungle inspired mocktails, cocktails and food. What a laugh!

Celebrities including Pixie Lott, Jamie Winstone, Donna Air, Oliver Cheshire, Jo Wood, Wretch 32, Denise Lewis, Portia Freeman and Jasmine Guinness came with families in tow, ahead of King Julien 19th December 2014 debut on Netflix. The series is part of a larger partnership with Dreamwork Animation and will be available in full on Netflix. 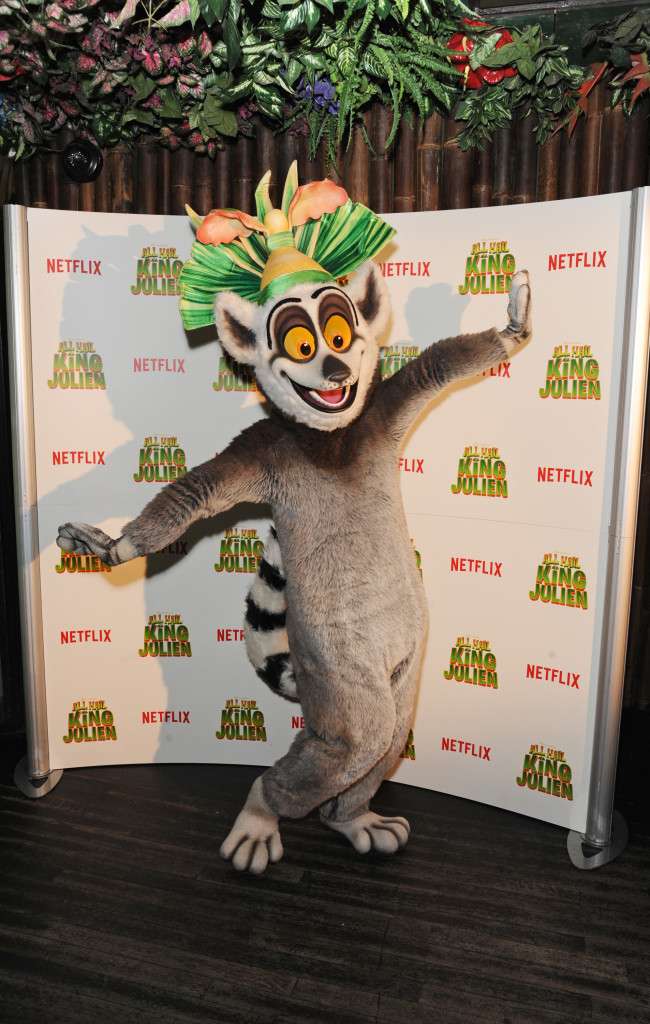 This is an exciting news as King Julien is one of the funniest and quirkiest stars from the Madagascar movies.

King Julien was chosen out of many other characters (like the Penguins) from the wild world of Madagascar for a spin-off series because he is absolutely hilarious and charming. His humour appeals to both kids and parents alike. Who can forget his dance moves and his cheekiness!

With his loyal sidekicks Maurice and Mort, they meet a whole new cast of colorful animals, including ambitious head of security Clover and the villainous Foosa. No one can stop this king from ruling with an iron fist…in the air…wavin’ like he just doesn’t care. 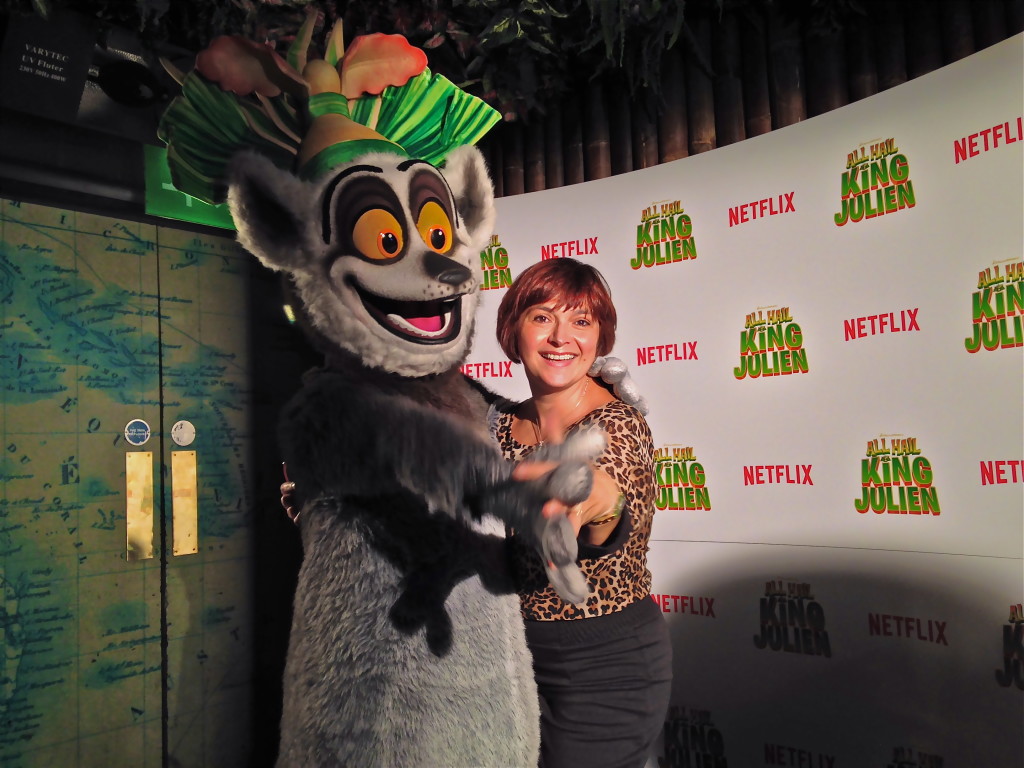 I am not surprised that this new animation masterpiece has been embraced by Netflix which seems to be running at the moment the best written original TV series ever including Marco Polo, Breaking Bad, Orange is the New Black, House of Cards. 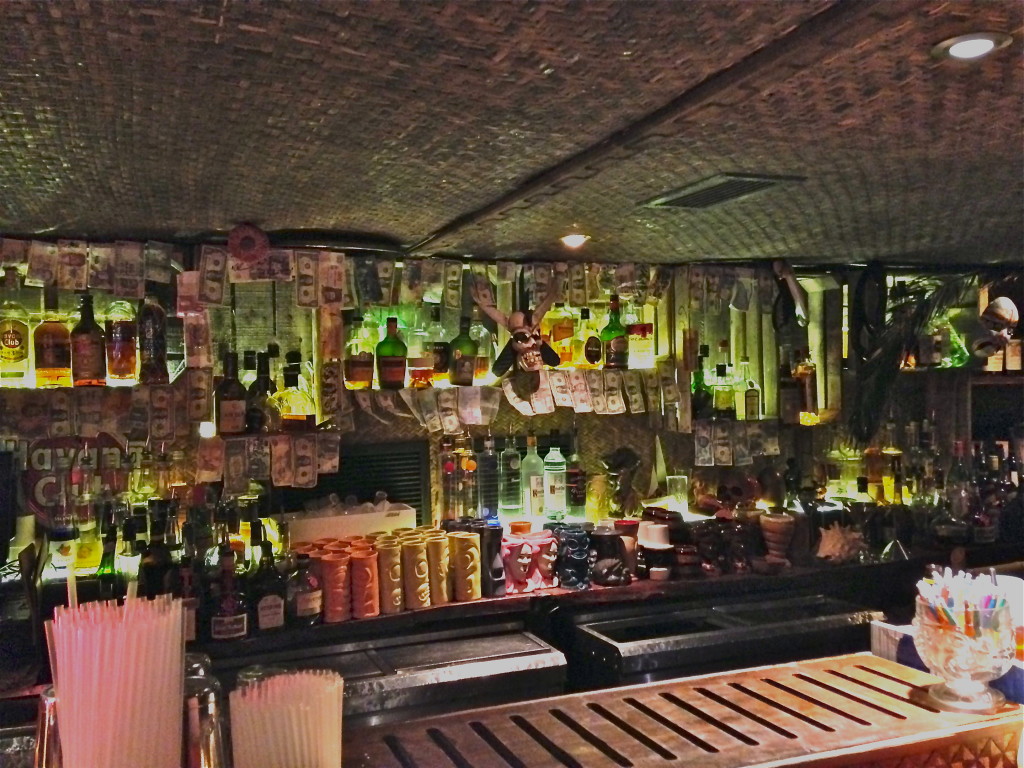 The boy or girl who was stuck in King Julien’s outfit seemed to have an amazing time at Mahiki and danced for hours always cheerful despite the heat under the suit. I even had a little dance with him. 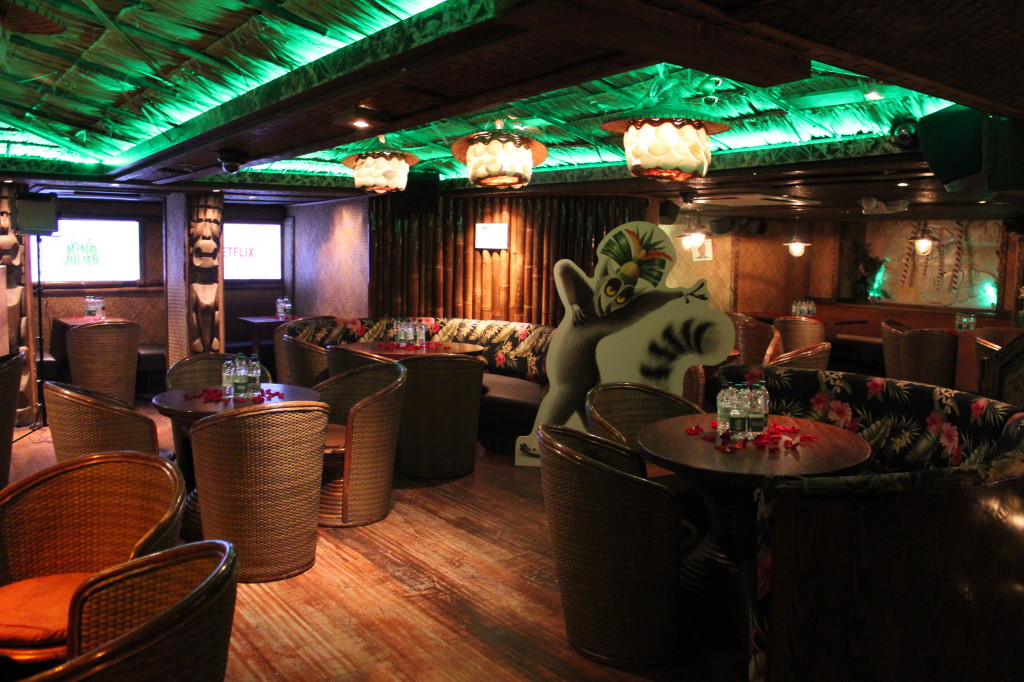 Mahiki was the perfect venue to host the launch party for the series with all the tropical themed ornaments, decorations, drinks and food. 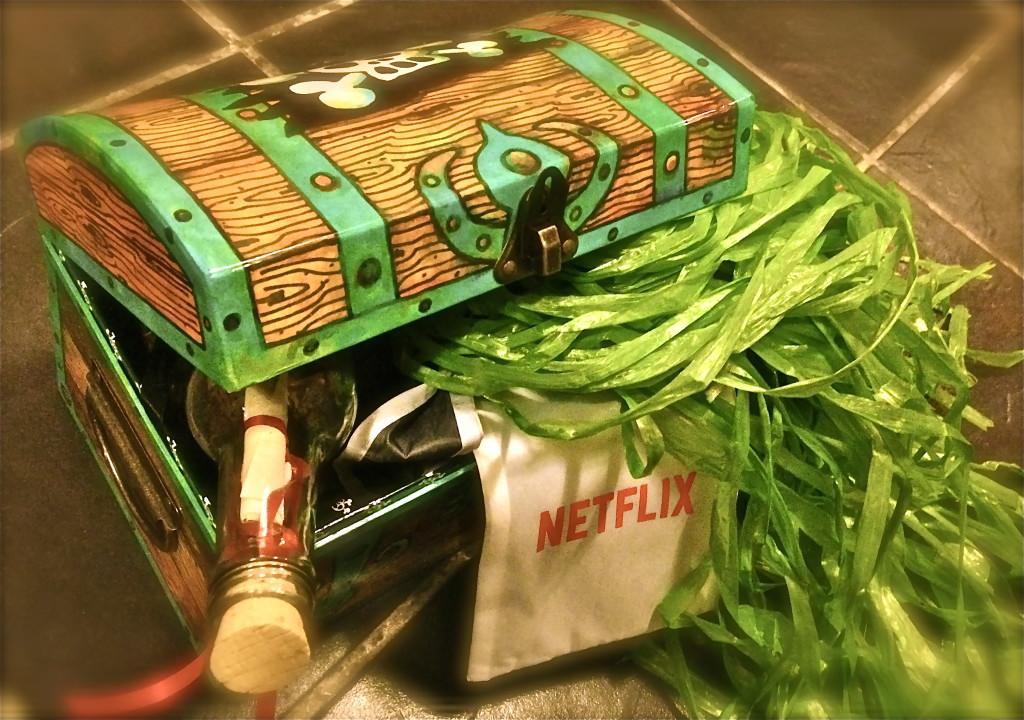 All Hail King Julien is the perfect series to entertain the kids during the festive period. It couldn’t come at a better time!

If you want to dance King Julien’s favourite tune ‘I like to move it!’, check out these videos.

This entry was posted on Friday, December 19th, 2014 at 11:30 am and is filed under Movies. You can follow any responses to this entry through the RSS 2.0 feed. Both comments and pings are currently closed.