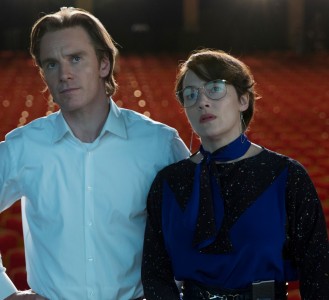 On DVD, there’s the antidote to Spectre, Melissa McCarthy’s comedy Spy, and the white knuckle documentary, Palio.  Plus there’s the new top five at the British box office and the latest movie news.

It’s all packed into 20 minutes and it’s on iTunes, TuneIn and right here, on London Mums:

Tags:  Kate Winslet Maggie Smith Melissa McCarthy Michael Fassebender Palio Spectre Spy Steve Jobs The Lady In The Van
This entry was posted on Saturday, November 14th, 2015 at 10:00 am and is filed under Movies. You can follow any responses to this entry through the RSS 2.0 feed. Both comments and pings are currently closed.