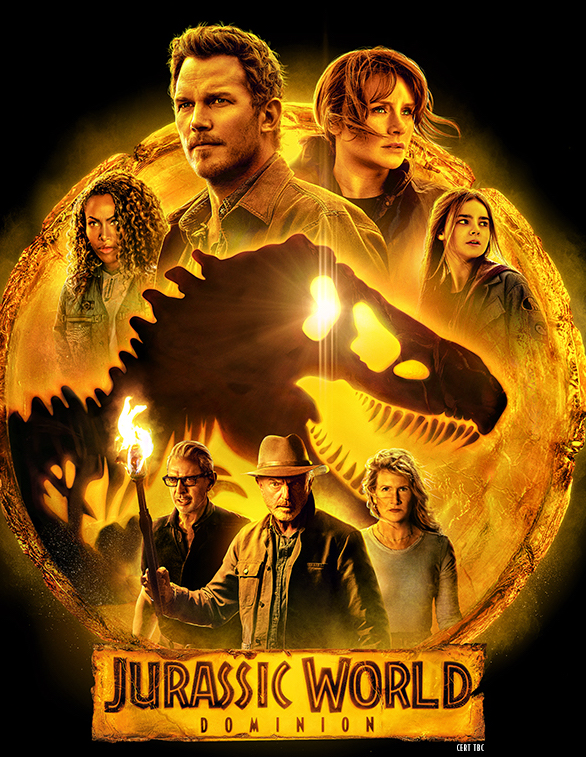 Jurassic World Dominion is the epic conclusion to the Jurassic era as two generations unite for the first time. Chris Pratt and Bryce Dallas Howard are joined by Oscar®-winner Laura Dern, Jeff Goldblum and Sam Neill in Jurassic World Dominion, a bold, timely and breathtaking new adventure that spans the globe.

From Jurassic World architect and director Colin Trevorrow, Dominion takes place four years after Isla Nublar has been destroyed. Dinosaurs now live—and hunt—alongside humans all over the world. This fragile balance will reshape the future and determine, once and for all, whether human beings are to remain the apex predators on a planet they now share with history’s most fearsome creatures. 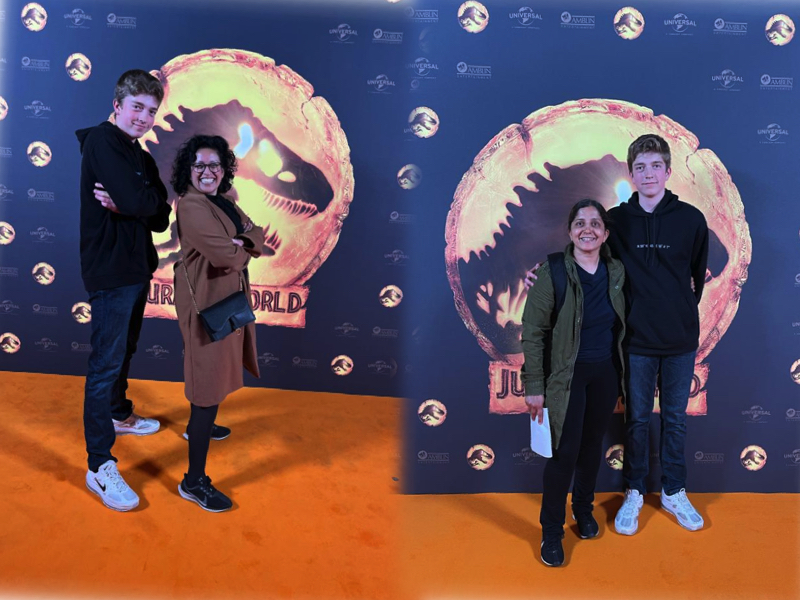 Jurassic World Dominion is a spectacle that somehow manages to eclipse its visually impressive predecessors.

The companionship between Owen and Blue is truly heart-warming and acts as the engine driving the plot.

Watching the human and Jurassic worlds collide in modern civilisation is a fresh spin that helps to both reinvent the franchise and progress the pre-existing storylines.

Perhaps one of the weak areas of the film is the lack of screen time devoted to developing Claire and Owen’s relationship, however it is clear that this is not the central focus of the film. One of the strengths shown by Jurassic World Dominion is the element of nostalgia captured by the soundtrack because it can effectively take many back to their childhood experiences of watching the original Jurassic Park.

Overall the film delivers a fast – paced, suspense filled comedic experience for anyone lucky enough to watch it.

London Mums’ rating: Ultimately, I would say the film was a strong 6/10, with the visuals compensating for the at times tedious plot and lack of character development.

Tags:  #biosyn #chrispratt #jeffgoldblum #Jurassicpark #Jurassicworlddominion #lauradern #samneill #trex dinosaurs raptor Universal
This entry was posted on Wednesday, June 8th, 2022 at 8:20 pm and is filed under Movies. You can follow any responses to this entry through the RSS 2.0 feed. Both comments and pings are currently closed.