Cinecittà, the state-owned company whose main shareholder is the Italian Ministry of Culture, have launched their new film season THE WAVE which celebrates the new wave of female filmmakers working in Italy today. The season runs from 15 to 19 June at the Ciné Lumière, Kensington, which is also home to Cinecittà’s long-running film festival CINEMA MADE IN ITALY.

London audiences will be able to sample a rich and diverse programme where they can revisit or discover the early works from some of the most prolific female Italian filmmakers working today, plus some classics. Italy has seen a surge in female filmmakers over the past decade and prior to this, the only notable female directors were Liliana Cavani, Lina Wertmuller, and very few others. This stellar selection of films has been curated by Head of Programming and Exhibition at Ciné Lumière, Diane Gabrysiak who will be hosting the filmmakers from Italy in filmmaker Q&A sessions, offering audiences the chance to engage in lively and thought-provoking discussions. 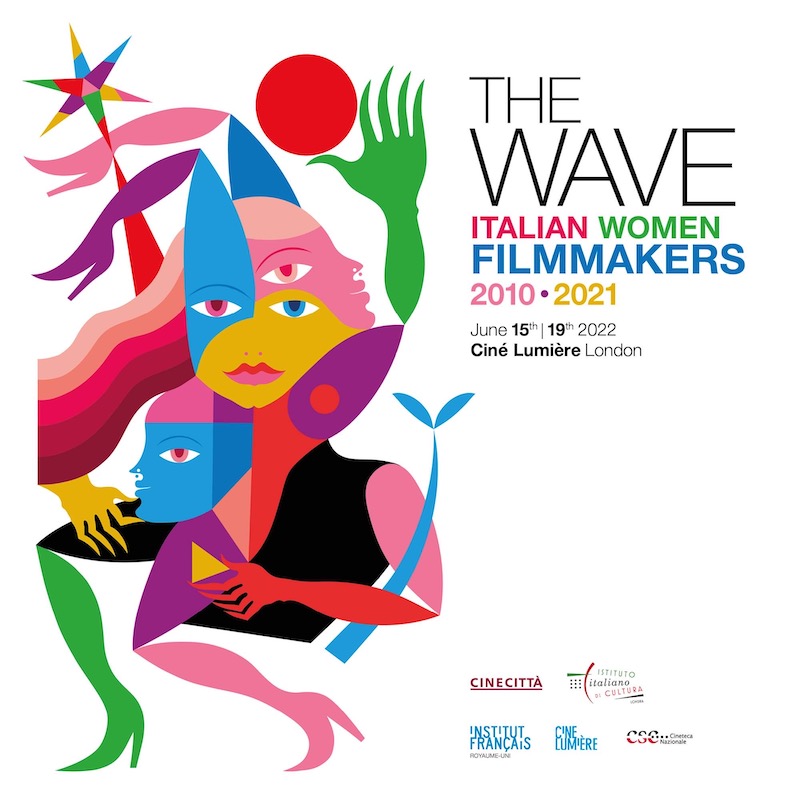 Opening the season is Chiara Bellosi’s SWING RIDE (Calcinculo, 2022), which had its world premiere at this year’s Berlin Film Festival. The film follows Benedetta, an obese fifteen-year-old yearning for attention, who falls in love with a young transvestite, Amanda. The film details a story of intoxication and family rebellion as Benedetta completes her rite of passage into adulthood.

Additional festival highlights include Alice Rohrwacher’s feature directorial debut HEAVENLY BODY (Corpo Celeste, 2011) which observes 13-year-old Marta, who is struggling to adjust to life after relocating from Switzerland to the deep south of Italy. Marta undergoes the right of confirmation, joining the Catholic Church. As time passes, she begins to challenge the church and for the first time shapes her life on her own terms. The film cemented Rohrwacher as a distinctive young voice in Italian cinema and she has gone on to direct festival favourites HAPPY AS LAZZARO and THE WONDERS.

Laura Bispuri’s directorial debut feature SWORN VIRGIN (Vergine Giurata, 2015) stars Alba Rohrwacher as Hana, a woman who escapes her future as a subservient housewife, to live under a male guise as a sworn virgin in an isolated Albanian community. She begins to the resist her current lifestyle and decides to undergo a journey of rediscovery.

Other titles included in the programme are:

Maura Delpero’s heart breaking MATERNAL (2019) which details the story of three women living in a Catholic refuge in a sensitively realised portrait of motherhood.

Adele Tulli’s NORMAL (2019) a genre-bending documentary, reflects on how female and male identities are performed in everyday interactions by capturing some of the most intimate moments in people’s lives.

Emma Dante’s A STREET IN PALERMO (Via Castellana Bandiera, 2013) observes the lengths that two women will go after their cars come face to face in a narrow street in Italy. What ensues is a cutting tale of stubbornness, with neither woman willing to back down.

Susanna Nicchiarelli’s COSMONAUT (Cosmonauta, 2009) explores the fractured relationship of two die-hard communist siblings as they follow the progress of the space race in the early sixties.

The programme also includes two classic titles from female filmmakers that paved the way for the filmmakers in our contemporary selection which include:

Lina Wertmüller’s directorial debut THE BASILISKS (I Basilischi, 1963) which follows the uneventful lives of three men living in an impoverished town in Southern Italy, observing the trappings of their lack of enthusiasm for life.

Elvira Notari’s ‘A SANTANOTTE (1922) explores the relationship between an oppressed young girl, Nanninella and her abusive father.

Finally, as a tribute to actress Monica Vitti, who passed away last February and whose unforgettable starring roles made history in Italian cinema, the programme will include DUCK IN ORANGE SAUCE (L’anatra all’arancia, 1975) by Luciano Salce, the story of the fallout of a wife asking to leave her husband. Her husband agrees but orchestrates an elaborate plan over their final weekend together which includes his own secretary and his wife’s lover.

This entry was posted on Tuesday, June 14th, 2022 at 9:41 am and is filed under Movies. You can follow any responses to this entry through the RSS 2.0 feed. Both comments and pings are currently closed.