Going to a premiere these days seems like an extraordinary event. This week, I attended the premiere of independent movie Zebra Girl in the West End that made me forget for a few hours that we are still in pandemic times. It was good to be back in cinemas, although the film was a bit too scary and disturbing for my liking.
Zebra Girl is a psychological thriller with a bold streak of pitch-black humour that explores the vicious cycle of abuse and mental illness. But fans of psycho thrillers would find this interesting, for sure.

Looking back at my picture from the premiere, I realised I looked like a Zebra girl (giggles). 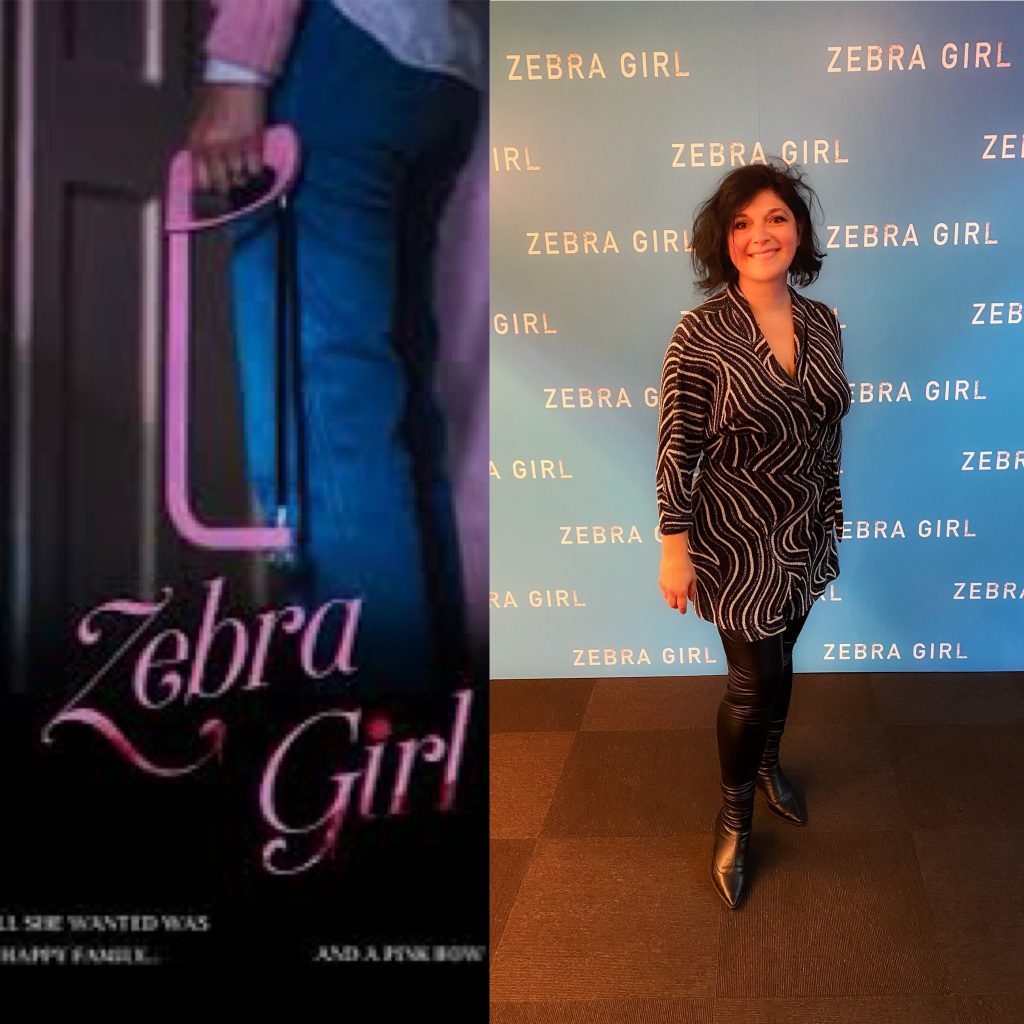 Catherine’s seemingly perfect rural life is turned upside down after she discovers her husband is hiding a dark secret that leads her to the unthinkable. Murder. Cue Anita, Catherine’s mysterious best friend who shows up to help dispose of the body. As Catherine and Anita reminisce whilst chopping up and bagging up, their intimately intertwined and tortured past rears its ugly head. Reality blurs as Catherine’s tragic past is slowly revealed along with a se#rcret she’s hiding to fight for the future. Zebra Girl stars Tom Cullen as Dan ’The Man’ (‘Knightfall’, ‘Downton Abbey’) and Jade Anouka (‘Cleaning Up’, ‘His Dark Materials’) alongside Sarah Roy (‘Catherine and Anita’, ‘Glue’). The film is written by New York writer Derek Ahonen (‘The Transcendents’, ‘Pied Pipers of the Lower East Side’), based on his play “Catherine and Anita” which was performed by Roy at the Edinburgh Festival Fringe to rave reviews.

The story of this low-budget indie movie sheds some insights into the mind of someone who lives with severe mental health problems caused by abuse during childhood and tries to still build a normal life only to be trapped in old traumatic memories.

The tone is mixed between black humour and horror without a distinctive line. It’s clear that she’s a psychopath without any conscience. Her character does not have many layers though, despite her traumatic past.

Despite not being my kind of movie there were some funny moments at the beginning during the ‘first dinner date’ scene. Her dating inexperience mixed with her brutal honesty and quirky sense of humour makes that a good dark comedy moment. It’s a shame that the rest does not live up to that.

This entry was posted on Friday, May 28th, 2021 at 4:23 pm and is filed under Movies. You can follow any responses to this entry through the RSS 2.0 feed. You can skip to the end and leave a response. Pinging is currently not allowed.