My 10 year old son Diego and I had the pleasure to meet The Boss Baby film director Tom McGrath (lead DreamWorks Animation director who created the Madagascar franchise among other great movies) while he was in London to promote his latest film. Watch our interview in which he revealed exclusive behind the scenes anecdotes on how the story was created, about the cast including the Friends gang reunited Lisa Kudrow and Alec Baldwin as well as the origins of some of the best gags from the movie.

In this hilarious video chat he is also giving us new details about a sequel to The Boss Baby as well as Madagascar. 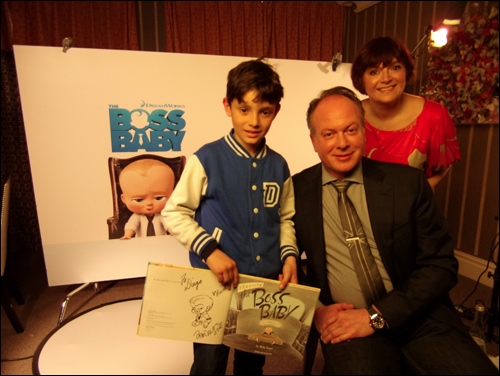 The Boss Baby  is a very enjoyable film for both children and parents. Read London Mums’ review here.

For director Tom McGrath, who is best known for helming DreamWorks’ three Madagascar blockbusters and the 2010 supervillain fantasy Megamind, THE BOSS BABY is a very personal story.  He remembers how the book struck a chord with him when he first came across it.  “Marla’s book really grabbed my attention. It was this really charming board book, about 30 pages long, and I didn’t even know how popular it was.  But it reminded me of my childhood, and my own family dynamic, which instantly kicked my imagination into wild overdrive thinking about how cool it would be to expand it into a feature length film.”

The youngest of two brothers, McGrath was the Boss Baby in his own family, and he was well aware of the upheaval his arrival caused. He envisioned the story as a love letter to his older brother. “The writer Michael McCullers and I were immediately struck by the central metaphor of the book—which is what happens when a baby arrives and takes over your house,” says Tom.  “My brother and I were very close growing up, but also fought like all brothers do. But as you grow, you also become each other’s best friends. For me the movie is a loving homage to him.  It draws on many things we experienced growing up together.  It’s purposefully set in small town suburbia, but it’s also a combination of the ’60s, ’70s and the ’80s. I think parents will feel nostalgic when they see the movie, because they will notice details that will remind them of their own childhoods.”

A new baby’s arrival impacts a family, told from the point of view of a delightfully unreliable narrator – a wildly imaginative 7-year-old named Tim. 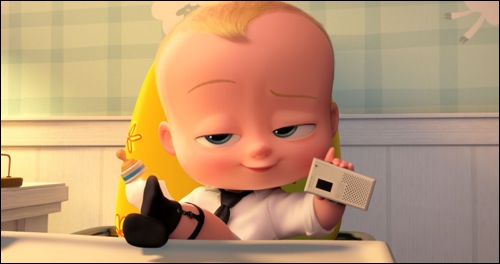 The most unusual Boss Baby (Alec Baldwin) arrives at Tim’s home in a taxi, wearing a suit and carrying a briefcase.

The instant sibling rivalry must soon be put aside when Tim discovers that Boss Baby is actually a spy on a secret mission, and only he can help thwart a dastardly plot that involves an epic battle between puppies and babies.

The book that inspired the movie 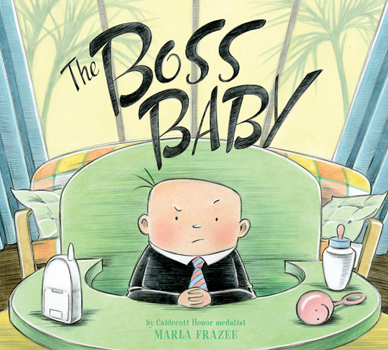 The Boss Baby is inspired by Marla Frazee’s picture book which my son and I have many times over. I laugh every time I read it as my son used to be like the Boss Baby (and still is). The film expands the story and introduces a brother, who is also the narrating voice. 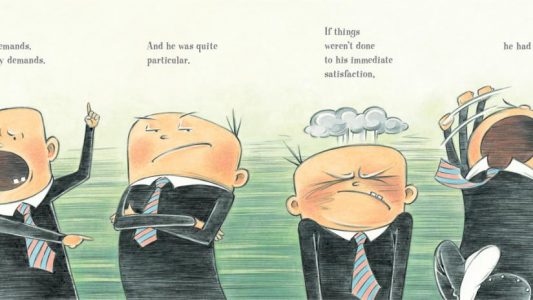 Because Frazee’s book centers solely on the Boss Baby and his parents, McGrath felt that the movie had to introduce an older brother. The idea was to have the movie be told in the point of view of a kid who is getting a baby brother, adding the interesting and universal element of sibling rivalry to the mix. To help flesh out the script, DreamWorks tapped acclaimed writer Michael McCullers (Mr. Peabody and Sherman, Baby Mama, Austin Powers movies). 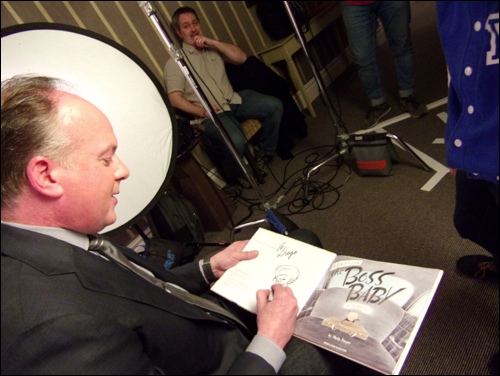 Here Tom McGrath is drawing a very special Boss Baby for Diego on our copy of the original book.

A Fond Homage to Classic Toons

One of the key elements that set this movie apart is its unique visual style. As it has been the case in most of DreamWork Animation’s features, the filmmakers sought to create an overall look that fits the films’ theme and storylines. In recent years animation has progressed to the point that it can almost replicate the photo realism of live action. In the case of THE BOSS BABY, Tom McGrath and his team were keen on creating a fantasy world that invited audiences into an artistic environment that could only be created in animation and was a throwback to the elastic, cartoony world of the great classics. 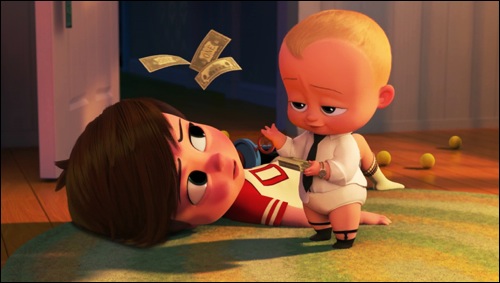 “I grew up with those Chuck Jones and Bob Clampett classics,” recalls McGrath. “This film gave me the opportunity to bring back the magic that 2D was able to do in old school animation, but take everything much further due to modern computer generated technology. We wanted these characters to be flexible and fleshy. The result is that our characters can convey much of the story through expressions and performances, something animation hasn’t been able to do in the past. Our world is quite different from the hard, graphic 2D we see today on TV these days.”

In our video interview Tom McGrath talks about this more extensively. 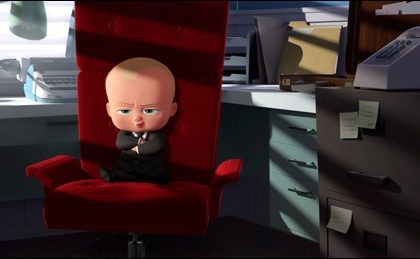 THE BOSS BABY is in cinemas now. 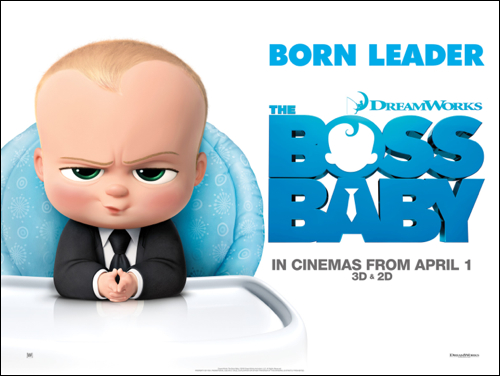 This entry was posted on Tuesday, April 11th, 2017 at 12:03 pm and is filed under Movies. You can follow any responses to this entry through the RSS 2.0 feed. Both comments and pings are currently closed.