This year’s summer holiday line-up gets under way with a decidedly sci-fi theme.  Earth To Echo opens on 25th July,  telling the story of three friends whose mobile phones are infected by cryptic signals.  Convinced that something big is going on they go in search of the sender.  Check out the trailer to see what they find! 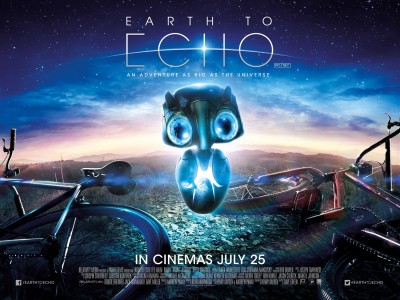 Yes, the parallels with ET are clear for all to see, and there are also shades of J J Abrams’ Super 8 from 2011.  And Echo himself bears a striking resemblance to one of the legendary Ray Harryhausen’s creations, the mechanical owl in Clash Of The Titans – as well as scoring highly on the Cute-O-Meter.

Despite its obvious origins, Earth To Echo looks like being a safe pair of hands for a rainy holiday afternoon.  And its PG certificate means it should keep the whole family happy.

Tags:  Clash Of The Titans Earth To Echo ET Ray Harryhausen Super 8
This entry was posted on Monday, June 16th, 2014 at 7:15 pm and is filed under Movies. You can follow any responses to this entry through the RSS 2.0 feed. Both comments and pings are currently closed.