Heads up! Future films: How To Train Your Dragon 2

It’s been four years since we met the wonderfully named characters from How To Train Your Dragon.  And Hiccup, Toothless, Snotlout and Fishlegs are back again this summer, still dragon racing on the island of Berk but now venturing further afield.  There’s even more dragons to train and a mysterious Dragon Rider to contend with in How To Train Your Dragon 2. 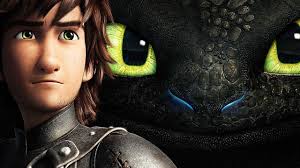 And if you can’t wait until its release, sit back and enjoy the first five minutes in this special preview.

Tags:  How To Train Your Dragon 2
This entry was posted on Thursday, May 1st, 2014 at 7:10 pm and is filed under Movies. You can follow any responses to this entry through the RSS 2.0 feed. Both comments and pings are currently closed.