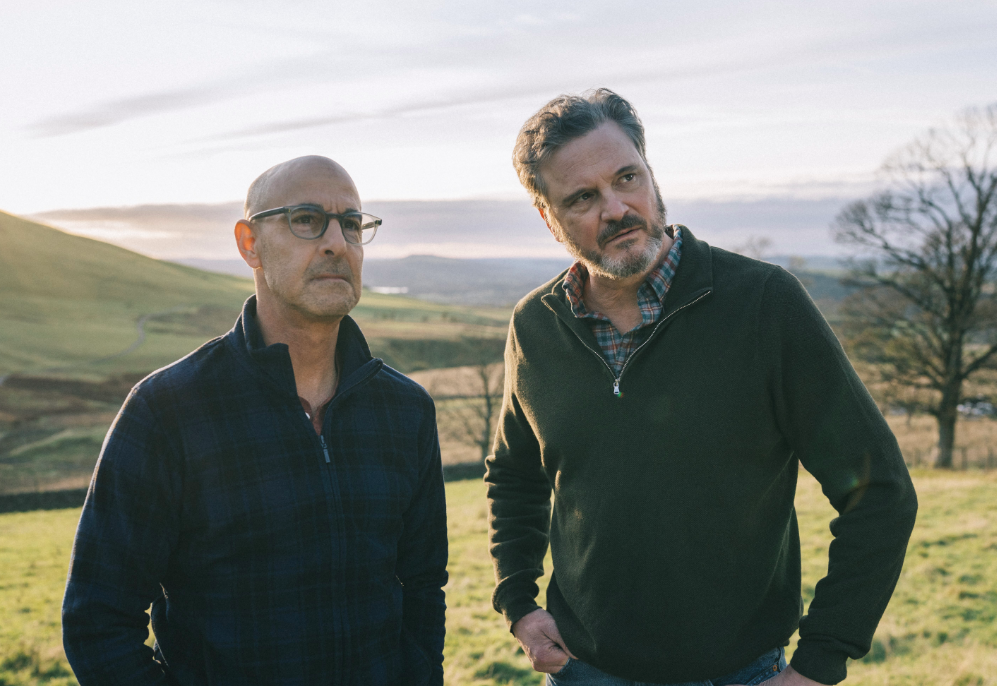 Interestingly although dementia is the live-motive and the supporting narrative of the film, the director wants to put the focus on the way family members are coping with the announced loss of the loved one.

It also touches on the subject of suicide as a personal choice to deal with illness. As this couple embarks on a holiday across the Lake District visiting friends and family, the drama of their grieving, each from a different perspective unfolds.

How did the idea of this film come about and why a film on dementia?

It all started some years ago. I happened to work with a woman who had dementia and I felt very moved by how this illness can affect the life of the patient., that was the spark of the idea For three years then I went on work with a group of people who had dementia and I have spent a lot of time with this people and I did a lot of research about it. So it is very personal and does come from personal experience. 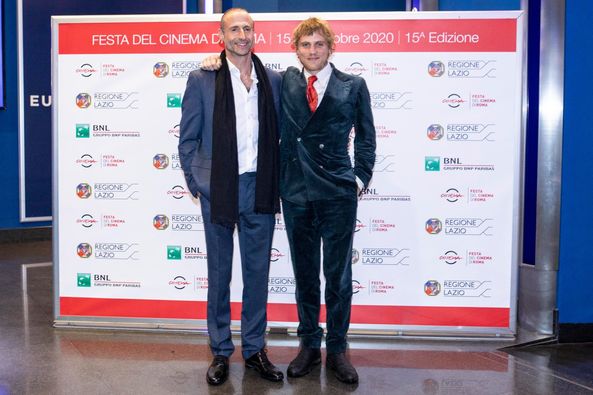 The film also addresses not only the issue of dementia but of suicide as a choice and freedom to end your own life. What were you trying to convey with the film on this matter?

Yes, the heart of the film could have been very polemical and very political and the film could have turned into something didactic but we were very adamant from the beginning that we didn’t want to take any position with regards to the matter of suicide as a choice to avoid a life of physical and mental degradation. We wanted to explore it from the love between the characters, how is it going to affect such a decision the loved one, and how they are wrestling with such a choice. But yes it was very challenging we didn’t want to make any political statement with regards to end of life choices

What was it like working with Stanley Tucci and Colin Firth of some of the most challenging scenes of the films?

Working with Stanley and Colin was very special from the start because they are not only incredible actors but also very lovely people and they trusted me very much. They both felt it was a very important story to tell. There was a lot of trust from the start as we knew from the beginning that there were lots of challenges scenes. I believe they felt very comfortable also because I am an actor as well as they felt I was able to understand fully the challenges of doing certain scenes. Also, it is worth saying that Stanley and Colin have been knowing each other for 20 years, and they are best friend in real life so it was easy for them to build the strong connection that they had to deliver in the film where they act as a couple. 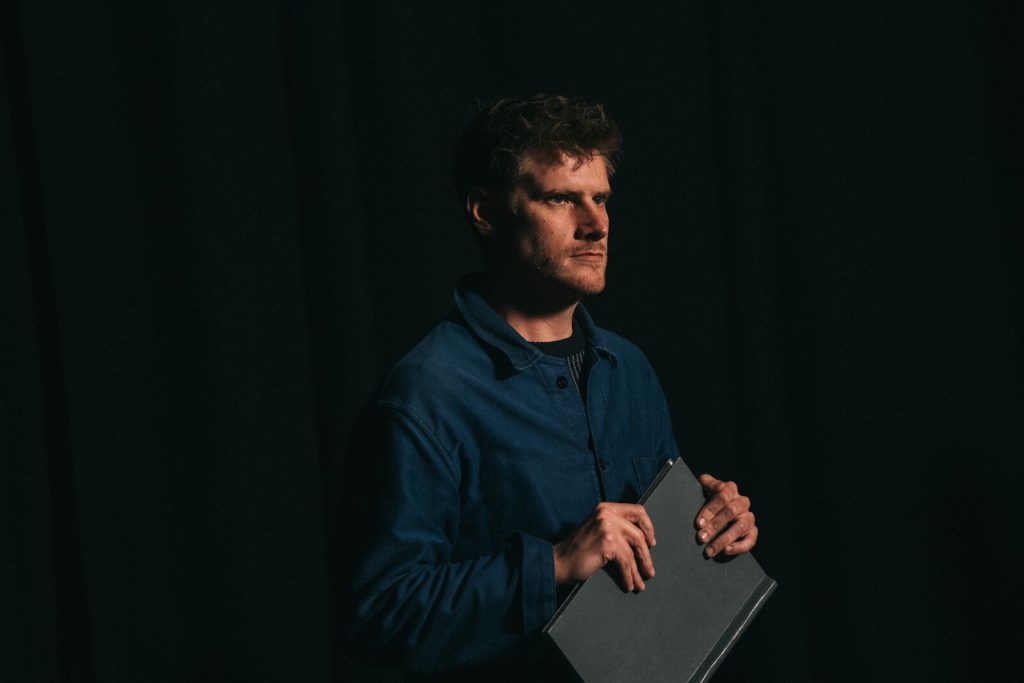 The film touched on very universal themes such as death and suicidal but also the grieving that the Colin character felt when the person was still there, which I believe is part of dementia, how did you approach this?

That is a very interesting question. Yes, the film was indeed inspired by people I have met who had dementia but the actual story in the film is very much about Colin’s character, the partner of the person who has dementia, and the difficulty in having to deal with the loss of his loved one. So it is more about the people who are left behind than more than people who are dying and I think this is an angle that had not been told in a film much before and that very much interested me, because I think when you spend a lot of time with people who deal this illness it is heartbreaking but there are also hilarious moments and I wanted to try to show all range of emotions that you can experience when you have to deal with a person who will be deteriorating soon because of dementia.

Why did you choose to bring on the screen a homosexual story?

What I think what the film was dealing with is universal love but still I want to make a forward-thinking story and it did seem a progressive and forward-thinking story to bring a homosexual story on the screen but their sexuality has no bearing at all on the narrative of the story. I wanted to present this love story as a natural thing as naturally as possible and not comment on this. I think that making cinema is a political act all the time and in this instance, for me, you present a society that I aspire to live in where people are not judged by their sexual orientation. This was very important to me.

Have you ever thought about inverting the assignation of the roles and if you had these two actors in mind from the moment of the writing of the film?

Well, we did swap the roles between Colin and Stanley It is interesting as both characters fell in love with both roles so we audition each other for both roles, which for a director is a very unique experience as well as for the actors. So both loved both characters so when they settled which roles they would do, they both mourn the loss of not playing the other character.

How difficult was to put together this film and what was the process like in attaching such big names? (To the producer)

Producer: Well we started in 2015. I received a two pages treatment and I felt immediately that this could have been something very special and from there it took about two years for development and the writing. When the script was ready both Colin and Stanley came on board straight away and their big names really helped us to secure the finance relatively quickly. It all came together in 2019.

Was there any input from Colin and Stanley on the script?

Well, I think there was a bit of freedom in the lines but the script was already there, and we invested a lot of time to get a script that was final so both actors were very happy to stick to the work that we had done before with the writing.

Did Colin play the piano in the film?

He did. He did a lot of preparation to get the piano playing to the level he did.

A big part of the film is shot in a camper, how difficult was to use a camper as a set?

Yes, it was a very confined environment and literally, we wanted to create this sense of two bodies in that small space. We didn’t want to rebuild we wanted to keep the environment of a real caravan and the confinement of the space dedicated the movement of the camera as our objective was to be as realistic as possible. I felt that the caravan also best rendered the intimacy and the closeness between the two characters.

Tags:  Colin Firth Dementia Festa del Cinema di Roma Francesca Lombardo Francesca Lombardo Journalist Harry Macqueen Harry McQueen homosexuality ilness RFF2020 Rome Film Festival Selezione ufficiale Stanley Tucci sucide Supernova
This entry was posted on Wednesday, October 21st, 2020 at 11:33 am and is filed under Movies. You can follow any responses to this entry through the RSS 2.0 feed. You can skip to the end and leave a response. Pinging is currently not allowed.