I am sure I am not alone in feeling really excited for the release of Toy Story 4 in Summer 2019. The trailer looks really good and shows that Disney Pixar is on top of their game after the latest Incredibles sequel – just released on DVD.

Everyone’s favourite pull-string cowboy sheriff Woody, along with his best friends Buzz Lightyear and Jessie, are happy taking care of their kid, Bonnie, until a new toy called “Forky” arrives in her room. According to Forky, a spork-turned-craft-project, he’s not a toy at all – and he’d rather skip this big adventure completely, if only they’d let him. Tom Hanks, Tim Allen and Joan Cusack return as the voices of Woody, Buzz and Jessie, and comedian Tony Hale lends his voice to Forky. Directed by Josh Cooley (Riley’s First Date?) and produced by Jonas Rivera (Inside Out, Up) and Mark Nielsen (associate producer Inside Out), Toy Story 4 ventures to UK cinemas on the 21st June 2019.

Woody has always been confident about his place in the world and that his priority is taking care of his kid, whether that’s Andy or Bonnie. But when Bonnie adds a reluctant new toy called “Forky” to her room, a road trip adventure alongside old and new friends will show Woody how big the world can be for a toy. 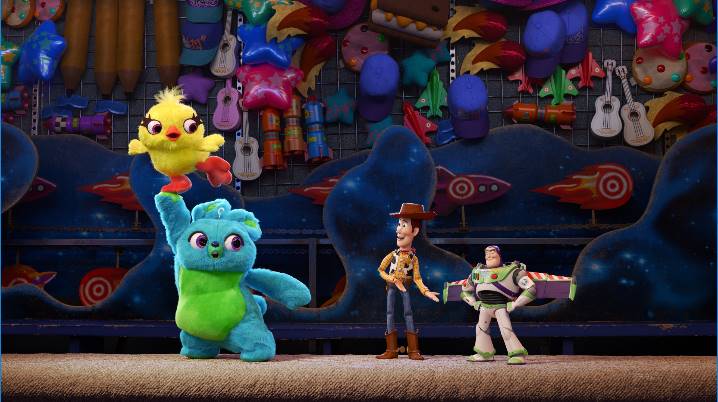 Behind the scenes of The Good Dinosaur with Disney-Pixar filmakers

This entry was posted on Tuesday, November 13th, 2018 at 12:10 am and is filed under Movies. You can follow any responses to this entry through the RSS 2.0 feed. Both comments and pings are currently closed.