Future Films Heads Up: Patrick by Disney out on 29 June 2018

Quick alert to all London Mums and children: There’s a new dog movie called Patrick with the sweetest Pug as the main character out this Summer. I expect great things from Disney which has made some of the best animal films over the past 50 years. It is also a British movie so I love it even more. Take a look at the new trailer and poster released today. 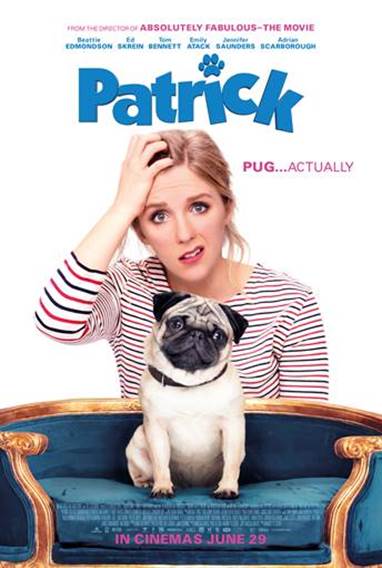 Sarah Francis is a young woman whose life is a bit of a mess. The last thing she needs is someone else to look after, let alone someone who dribbles, snores and eats from the kitchen bin!! Yet, like it or not, her Grandmother has bequeathed her a very spoilt dog, Patrick  – her pug. Surely she must have had her reasons?!

Apparently not, as this four-legged interloper proceeds to cause chaos in all aspects of Sarah’s life. But then something remarkable happens. Patrick, with all his stubby, stumpy attitude, begins to turn her life around…

PATRICK WILL BE RELEASED BY BUENA VISTA INTERNATIONAL ON 29TH JUNE 2018.

This entry was posted on Friday, April 20th, 2018 at 2:44 pm and is filed under Movies. You can follow any responses to this entry through the RSS 2.0 feed. Both comments and pings are currently closed.