Future Films Heads Up: In the Heights out this Summer 2021

A new trailer has been launched today for the movie adaptation of Lin-Manuel Miranda‘s Broadway musical In the Heights. In The Heights will be released nationwide by Warner Bros. Pictures on 25th June 2021. Judging from a first look, it looks really good but frankly I am not surprised considering Lin Manuel Miranda is behind this. His musical talent combined with his writing skills won’t disappoint fans of his musical hit Hamilton. I am personally very excited about this movie and, as it will be released at the end of lockdown and hopefully the end of the pandemic, we will all need a film like In the Heights to lift our spirits. Mark your diary! 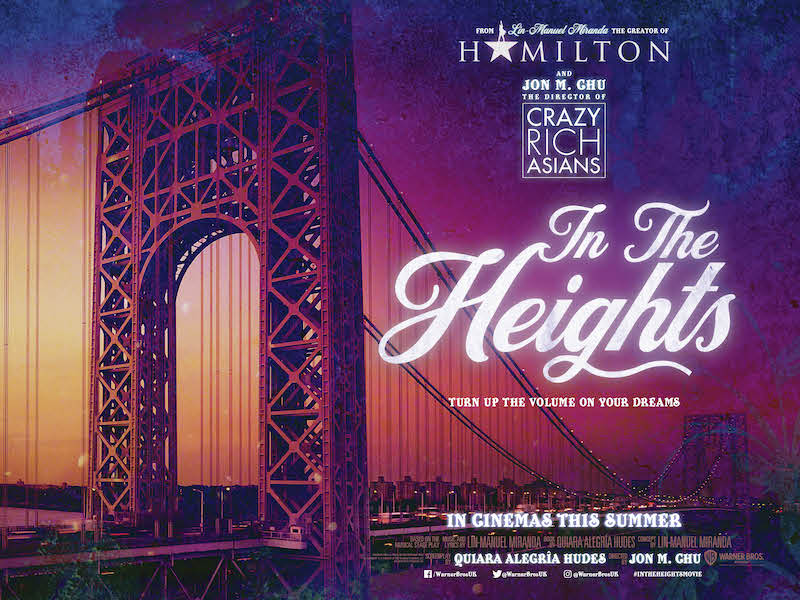 The creator of “Hamilton” and the director of “Crazy Rich Asians” invite you to a cinematic event, where the streets are made of music and little dreams become big… In the Heights.

Lights up on Washington Heights…The scent of a cafecito caliente hangs in the air just outside of the 181st Street subway stop, where a kaleidoscope of dreams rallies this vibrant and tight-knit community. At the intersection of it all is the likeable, magnetic bodega owner Usnavi (Anthony Ramos), who saves every penny from his daily grind as he hopes, imagines and sings about a better life.

My interview with Lin-Manuel Miranda

This entry was posted on Tuesday, March 16th, 2021 at 9:06 am and is filed under Movies. You can follow any responses to this entry through the RSS 2.0 feed. You can skip to the end and leave a response. Pinging is currently not allowed.