Future Films Heads Up: Disney’s Alice Through the Looking Glass (27 May 2016)

Alice Through the Looking Glass is the sequel to Tim Burton’s movie Alice in Wonderland (2010) and reunites the all-star cast from the worldwide blockbuster phenomenon, including: Johnny Depp, Anne Hathaway, Mia Wasikowska and Helena Bonham Carter along with the voices of Alan Rickman, Stephen Fry, Michael Sheen and Timothy Spall.

2015 celebrated the 150th anniversary (1865-2015) of Alice in Wonderland, a timeless children’s book that has captivated children’s and parents’ imagination for generations. The story of this tale begins with its creator, Charles Ludwidge Dodgson who was a natural storyteller and regularly invented new stories to entertain his friends. He knew that for the best stories to work, the child must be at the centre of the narrative so that their imagination could be led to marvellous and wonderful places. Inspired by real events and a real child, Alice’s Adventures in Wonderland was dreamt up on a summer’s day in Oxford. The river outing with the Liddell family on 4 July 1862, from Folly Bridge to Godstow, is now famous for the Alice story to which it led. He told the family a story about a bored little girl called Alice who goes looking for an adventure. The family loved it and at the end of that day, the daughter, Alice Liddell, asked for the story to be written down. Charles Dodgson agreed and began writing the manuscript the next day. It eventually took him two and a half years to complete.

In Disney’s Alice Through the Looking Glass, an all-new spectacular adventure featuring the unforgettable characters from Lewis Carroll (Dodgson’s pen name)’s beloved stories, Alice returns to the whimsical world of Underland and travels back in time to save the Mad Hatter. We are also introduced to several new characters: Zanik Hightopp (Rhys Ifans), the Mad Hatter’s father and Time himself (Sacha Baron Cohen), a peculiar creature who is part human, part clock. 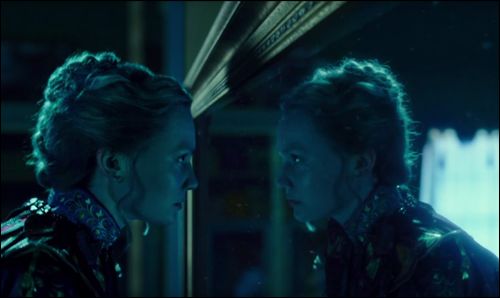 Directed by James Bobin, who brings his own unique vision to the spectacular world created by Tim Burton in 2010, the film is written by Linda Woolverton based on characters created by Lewis Carroll and produced by Joe Roth, Suzanne Todd and Jennifer Todd and Tim Burton with John G. Scotti serving as executive producer.

Alice Kingsleigh (Wasikowska) has spent the past few years following in her father’s footsteps and sailing the high seas. Upon her return to London, she comes across a magical looking glass and returns to the fantastical realm of Underland and her friends the White Rabbit (Sheen), Absolem (Rickman), the Cheshire Cat (Fry) and the Mad Hatter (Depp), who is not himself. The Hatter has lost his Muchness, so Mirana (Hathaway) sends Alice on a quest to borrow the Chronosphere, a metallic globe inside the chamber of the Grand Clock which powers all time. Returning to the past, she comes across friends – and enemies – at different points in their lives, and embarks on a perilous race to save the Hatter before time runs out. Presented in Digital 3D™, Real D 3D and IMAX® 3D, Disney’s Alice Through the Looking Glass opens in UK cinemas on 27 May, 2016.

Walt Disney Studios is partnering with three-time GRAMMY®-winning singer/songwriter P!nk on the studio’s upcoming release Alice Through the Looking Glass.

P!nk will write and record an original song which will appear in the film and on the motion picture soundtrack from Walt Disney Records featuring four-time Academy Award® nominee Danny Elfman’s score. She has also recorded a cover version of the iconic song “White Rabbit” for the film’s marketing campaign.

Since her debut in 2000, P!nk (Alecia Moore) has released seven records, sold over 60 million albums, over 130 million singles, over 2.4 million DVDs worldwide and has had 14 singles in the top 10 on the Billboard Hot 100 chart (four at #1). In addition, she is the recipient of three GRAMMY® Awards, three Billboard Music Awards, six MTV Video Music Awards, two MTV Europe Awards, two People’s Choice Awards and was named Billboard’s Woman of the Year in 2013.  Her “The Truth About Love” World Tour played 142 shows in 13 countries. In the fall of 2014, she released a side project with singer/songwriter Dallas Green entitled “You+Me.” Their album, “rose ave.,” debuted at #1 on Billboard’s Folk Album chart and #2 on Billboard’s Digital Album chart. In 2015, P!nk became the newest UNICEF Ambassador. She is also a huge supporter of various charities, including: Make a Wish Foundation, Autism Speaks, Human Rights Campaign and No Kid Hungry.  She is currently a spokesperson for COVERGIRL, and made her acting debut in Lionsgate’s “Thanks for Sharing,” alongside Gwyneth Paltrow and Mark Ruffalo.

Alice and Mad Hatter in London

Earlier this year, Alice and Mad Hatter visited London to celebrate their 150th anniversary. Check out how they enjoyed their trip to the British Capital. 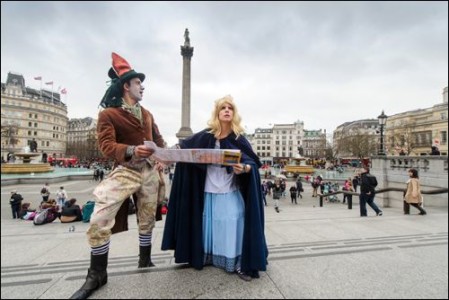 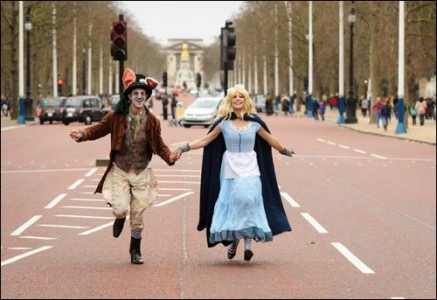 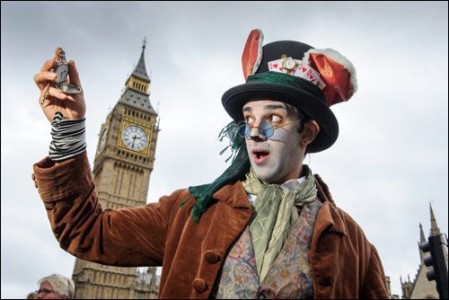 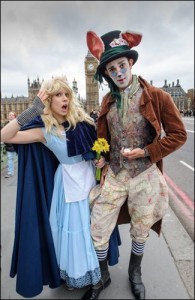 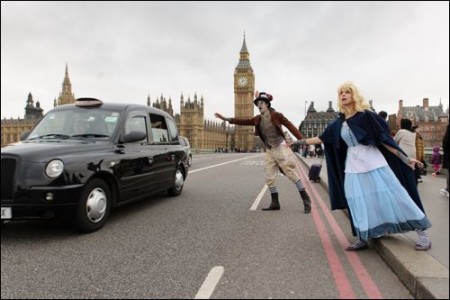 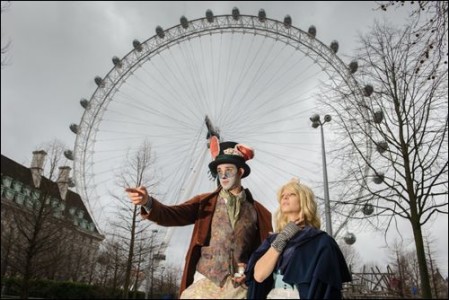 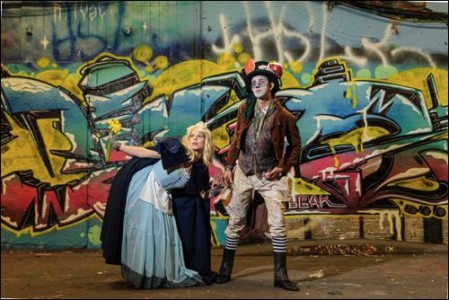 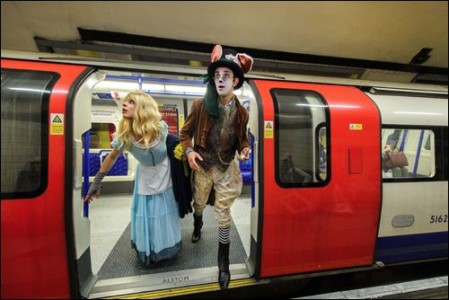 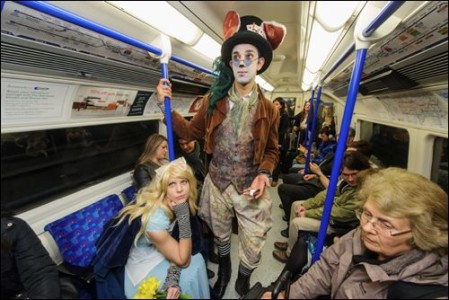 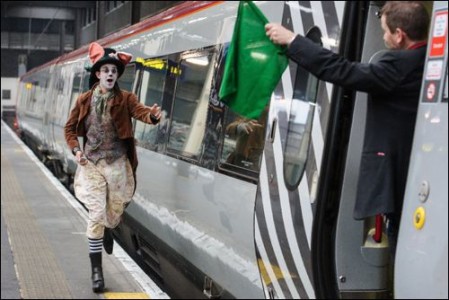 This entry was posted on Sunday, November 8th, 2015 at 11:00 am and is filed under Movies. You can follow any responses to this entry through the RSS 2.0 feed. Both comments and pings are currently closed.