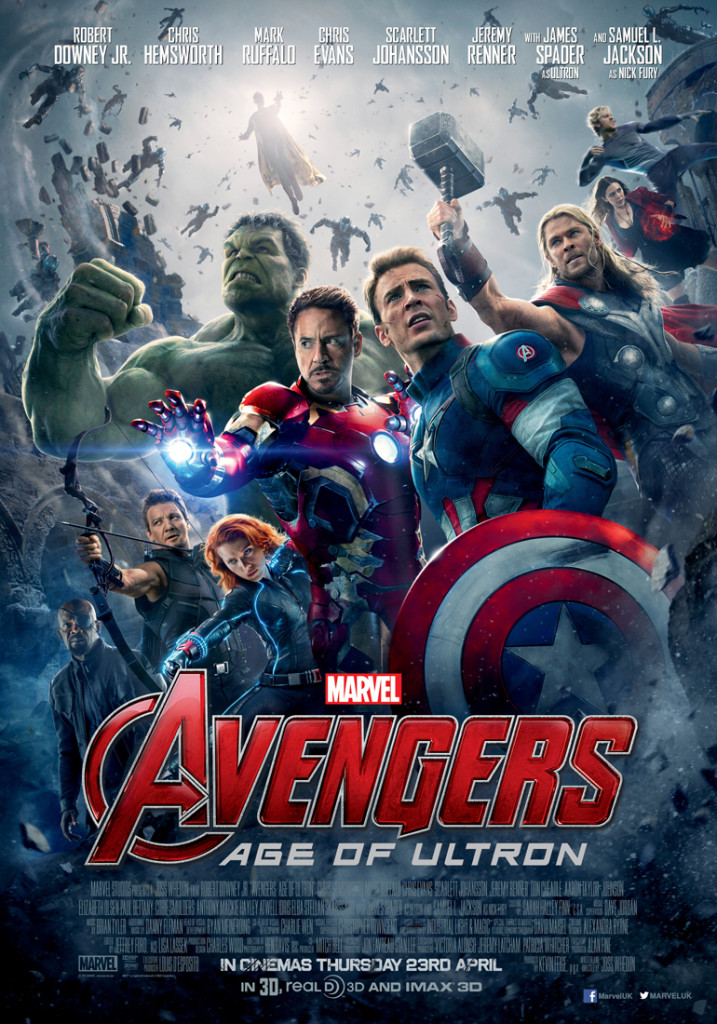 When Tony Stark jumpstarts a dormant peacekeeping program, things go awry and Earth’s Mightiest Heroes, including Iron Man, Captain America, Thor, The Incredible Hulk, Black Widow and Hawkeye, are put to the ultimate test as they battle to save the planet from destruction at the hands of the villainous Ultron.

Ultron returns to cause even more trouble for our heroes in another trailer for Marvel’s “Avengers: Age of Ultron,” in cinemas on Thursday 23 April 2015.

If you are interested in superheroes, you may like our feature Famous Superheroes in books and films.

This entry was posted on Friday, March 27th, 2015 at 11:30 am and is filed under Movies. You can follow any responses to this entry through the RSS 2.0 feed. Both comments and pings are currently closed.