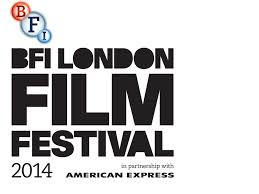 That honour goes to the Danish/Belgian co-production Song Of The Sea, an animation from director Tomm Moore.  The story of two children who grow up on a lighthouse and go in search of their missing mother, it’s full of Celtic magic and folklore and is completely hand-drawn – a refreshing change in these days of computer animation. Song Of The Sea is screened on Saturday, 18 and Sunday, 19 October.

Perennial favourites The Moomins return in Moomins On The Riviera, with the family taking a trip to the South Of France to experience high society – and changing their name to De Moomin to make sure of a room at the best hotel!  Released in time to celebrate the 100th anniversary of the birth of their creator, Tove Jansson, this is another piece of hand-drawn animation and its much loved creatures have never looked better. Moomins On The Riviera is screened on Saturday, 11 and Saturday, 18 October. 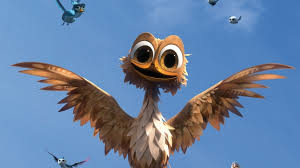 The festival’s family offering has its own world premiere, Yellowbird, which is also the only feature film in the strand shown in 3-D.  Featuring the voices of Danny Glover, Elliott Gould and Dakota Fanning, this tells the story of Yellowbird who is reluctant to leave his home – until he unexpectedly finds himself as the leader of a flock migrating to Africa. Yellowbird is screened on Saturday, 11 October.

And for the proverbial box of delights, there’s a special screening of animated shorts, all aimed at younger audiences. Hailing from all over the world, including Switzerland, South Africa and the Czech Republic, they run for anything from 3 to 30 minutes.  The shortest hails from the UK and is the most anticipated of the lot as it comes from Aardman Animations, home of Wallace and Gromit. Ray’s Big Idea is the story of a prehistoric fish with a plan to improve his life.  The shorts selection is screened on Sunday, 19 October. 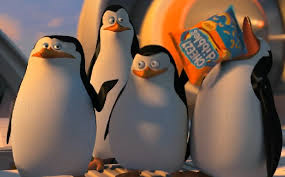 The festival celebrates the 20th anniversary of Dreamworks Animation Studios with a special event, Dreamworks Animation: Taking Flight And Beyond.  Hosted by director Dean DeBlois, producer Bonnie Arnold and special guest Cressida Cowell of How To Train Your Dragon fame, this gives a behind-the-scenes look at how its best-known films made it to the big screen, as well as the chance to see exclusive footage from the up-coming Penguins of Madagascar, which is released in early December.  The Dreamworks Animation event takes place on Tuesday, 14 October.

The full London Film Festival programme is available from the event website, http://www.bfi.org.uk/lff.  Tickets can be purchased online or from the festival box office at the BFI Southbank.  Public booking opens on Thursday, 18 September at 10 am.

Tags:  Aardman Animations London Film Festival Moomins On The Riviera Penguins Of Madagascar Song Of The Sea Yellowbird
This entry was posted on Wednesday, September 17th, 2014 at 11:30 am and is filed under Movies. You can follow any responses to this entry through the RSS 2.0 feed. Both comments and pings are currently closed.