Just a heads up for a Christmas 2014 movie tipped to be THE big family film of Christmas – Paddington. From the producer of Harry Potter and Gravity and based on the best selling series of books by Michael Bond, as well as featuring an all-star cast (including Hugh Bonneville, Sally Hawkins, Julie Walters, Peter Capaldi, Jim Broadbent and Nicole Kidman with Ben Whishaw as the voice of PADDINGTON) and effects courtesy of award-winning VFX company Framestore, Paddington’s big screen adventure based on the best selling series of books paws into UK cinemas on 28th November 2014. 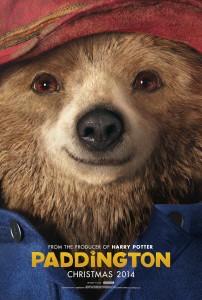 Voted Best Animated Character at the 2012 British Animation Awards, and adapted from Michael Bond’s beloved books, Paddington follows the comic misadventures of a polite young bear with an endearing talent for comic chaos.

Paddington has grown up deep in the Peruvian jungle with his Aunt Lucy who, inspired by a chance encounter with an English explorer, has raised her nephew to dream of an exciting life in London. When an earthquake destroys their home, Aunt Lucy decides to smuggle her young nephew on board a boat bound for England, in search of a better life. Arriving alone at Paddington Station, Paddington soon finds that city life is not all he had imagined – until he meets the kindly Brown family, who find him with a label tied around his neck which reads ‘Please look after this bear. Thank you.’ They offer him a temporary home whilst he searches for the explorer who impressed Aunt Lucy all those years before.

But when Paddington catches the eye of a sinister, seductive taxidermist, it isn’t long before his home – and very existence – is under threat … 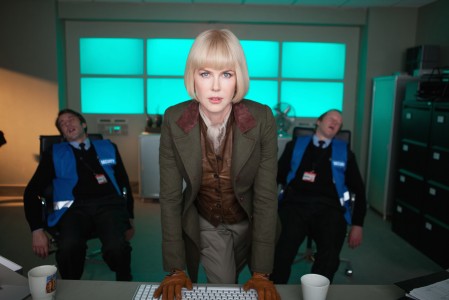 This entry was posted on Tuesday, June 17th, 2014 at 7:10 pm and is filed under Movies. You can follow any responses to this entry through the RSS 2.0 feed. Both comments and pings are currently closed.