Five minutes with Josh Gad aka Olaf in Frozen

Josh has a special talent to play sweet animalesque characters. In 2017 and 2019, Gad voiced the dog Bailey (and other dogs’ characters) in A Dog’s Purpose and sequel A Dog’s Journey, films that celebrate the special connection between humans and their pooches. 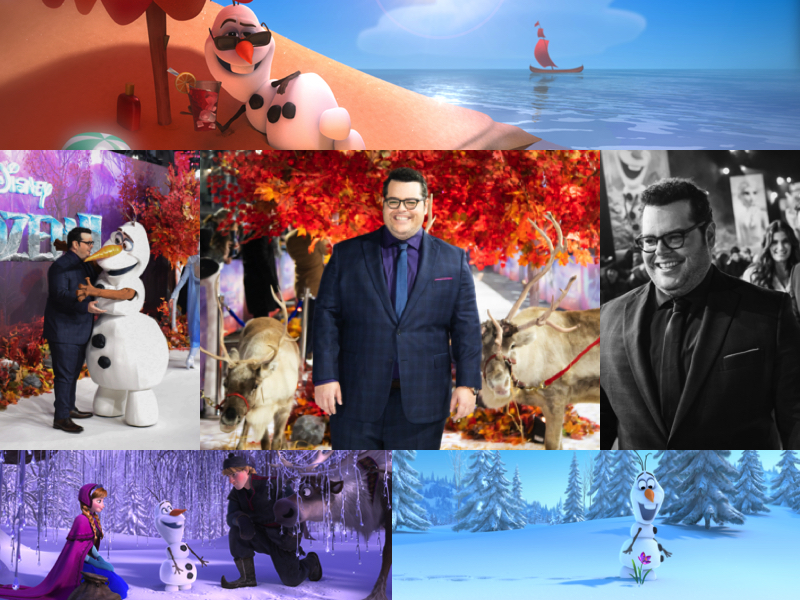 Monica:  Josh, my son is a big fan of your movies. Specifically, the ones where you voice little doggies.

Monica:  You like voicing hilarious characters. What’s the most exhilarating moment for Olaf in Frozen II? He’s always the funny guy, right?

Josh:      The most exhilarating moment…. I don’t want to spoil anything, but let’s just say that there’s a little bit of a recap of events from the first Frozen film, that Olaf gets to act out. It’s pretty fun. He brings everybody up to speed in a matter of about 30 seconds. So that’s pretty exhilarating. But I think the most exhilarating moment for me in doing these films is to spend so much time in solitary environments. You’re recording in a booth alone with our brilliant creative team. We never really worked together, the full cast and I. Then you see all of it come together. And it is one of the most breath-taking experiences, because it’s the work of hundreds of brilliant animators, who are spending three years working on something that is beyond your wildest dreams. They take what we do, and they add so much to it. You think you know how powerful the song Into The Unknown is, and then you see the movie, and you appreciate what they’ve done with Elsa’s character. I dare you not to just wipe away tears of joys. Joy in plural.

Josh:      Yeah, two joys. Wipe away both joys, I dare you. I think it’s such an exhilarating experience to see how the collaborative effort comes to life. 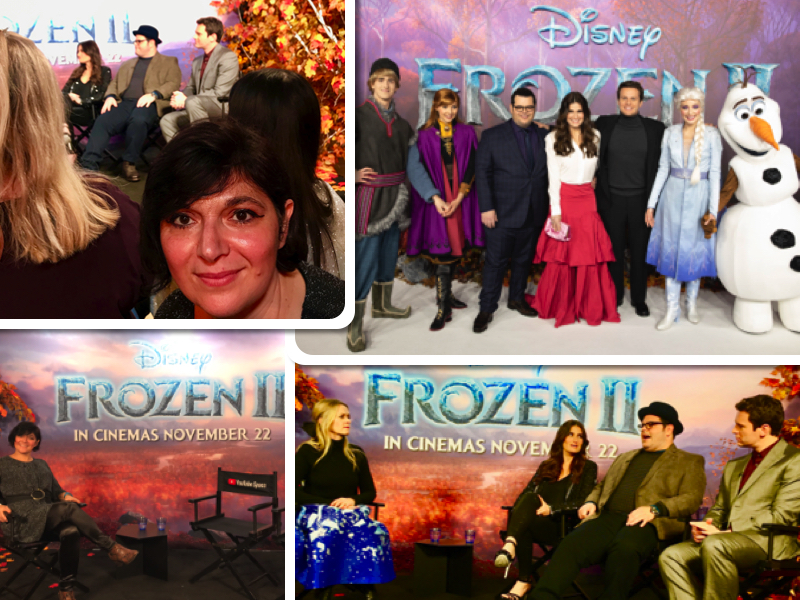 Monica: Olaf seems more grown up in this movie.

Josh: Yes, there’s a little story about this. There was a video that I took when my daughter Ava was 5, before I even went into the booth to voice Olaf in Frozen II. I managed to capture this unbelievable moment on video where Ava was laughing, and then all of a sudden, she looked at my wife and myself with tears in her eyes, and she said, “What if I don’t want to grow up? What if I don’t want to be a grown-up and I don’t want to have to do all of the things that a grown-up does like live by myself and have a job?” She started to list all these things, so my wife and I told her that there’s a long time before she has to worry about that. But I thought it was such an interesting perspective, and I showed it to Frozen II directors Chris Buck and Jennifer Lee, who both had smiles on their faces. They both felt that it was time for Olaf to grow up. In the first film, he was new to the world as he had just been created. Now, we thought it would be really interesting to take him from a toddler to more of a fully-grown child.

Frozen II is available on DVD and Blu-Ray now.

This entry was posted on Friday, April 17th, 2020 at 12:05 pm and is filed under Movies. You can follow any responses to this entry through the RSS 2.0 feed. Both comments and pings are currently closed.