Ben Schwartz has written for both Funny Or Die and C-3PO. He is beloved for his acclaimed role as Jean-Ralphio in Parks And Recreation. He has been in everything from Modern Family to The Simpsons. And he is the killer comedian behind the hilarious website RejectedJokes.com.

But all of that pales into the background for Ben Schwartz when it comes to his latest role – getting to be the adorable, sassy and fast as hell hero in Sonic The Hedgehog. “I get to play something I have loved desperately for my whole life,” he says. 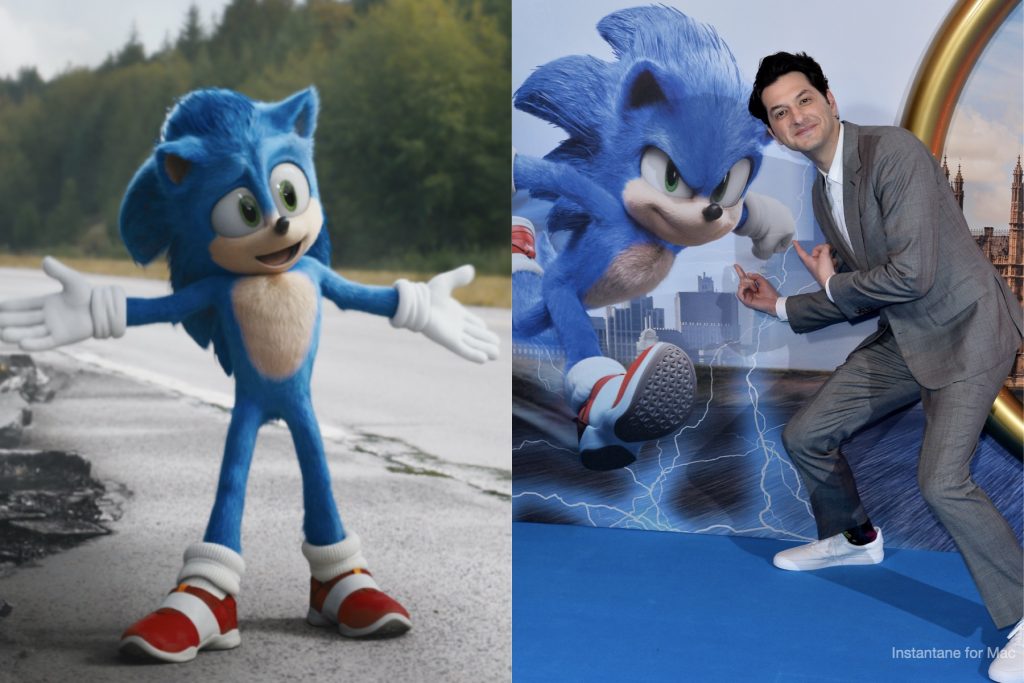 How would you describe the differences between ‘game Sonic’ and ‘movie Sonic’?

“Well, I played Sonic for years. Now I am playing Sonic! So, what we’ve done is hide Easter eggs all through this film. There are aspects of the video game that, if you have played it, you will see them in the movie and be rewarded. But we also wanted to make a movie that works for all ages, for everybody, so that the movie stands alone. But, as a fan, it’s so cool.

“I’m playing him like a very energetic kid. I want it to feel like you’re looking at a little kid who is just so excited to be there and so happy. That energy that you see in the games, the speed and the attitude and the comedy. In [the build-up to shooting] I played Sonic 1 and 2 again, I played Sonic Mania, and I tried to figure out the things that make him so unique. You know, how quick he is, obviously. But also, he’s kind of sassy. Like, when you wait too long he starts tapping his foot! He has this attitude. He’s a funny kid. He has fun and can’t believe he has the opportunity to go and do whatever he wants. I was like, ‘I need to bring that.’ Also, he’s so fast that nothing has ever really been a threat to him. So, he’s so confident whenever he’s doing anything. It’s only when he meets Dr.Robotnik that someone is really making him scared.” 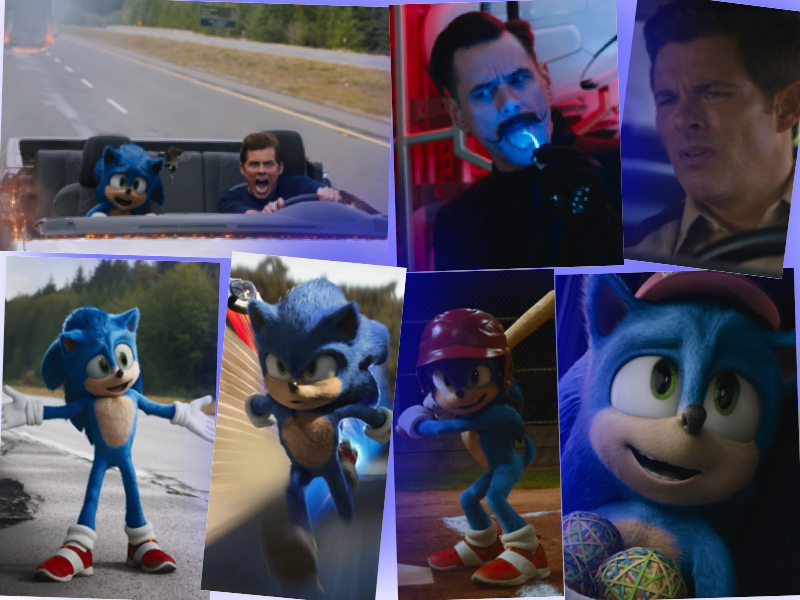 Jeff Fowler said that you being cast felt like destiny. What happened there?

“Oh, it was crazy! It must have been two years ago. I went to Blur Studios because Tim Miller had seen some of my stuff and wanted me to maybe be in something of his. And after our meeting, he introduced me to Jeff [Fowler]. He said, ‘Jeff is going to be directing the Sonic The Hedgehog movie.’ And I was like, ‘I am such a fan!’ And Tim knew that I did a lot of voiceover, so he goes, ‘You know what, we’re actually doing a test to sell it [the idea and look of the movie] to a studio.’ And they needed someone to play the voice [of Sonic] in it. And that was that. Tim was like,‘Just so you know, this doesn’t mean you’re going to be in the movie. But would you, you know, do us a favour?’ I was like, ‘Of course!’ The scene was a big pump-up scene of Sonic, being like, ‘I’m going to beat my own time [at running].’ I improvised a ton in it, and one of the lines I improvised was, ‘What year is it? Is The Rock President?’And all these little improv things that we did made it into the movie, which was great. Anyway, we did it, people liked it, and I heard that they sold it [the movie] to Paramount. I was told that they were still deciding who the voice was going to be – I’m sure they went through whatever their process is – and then everybody loved how it played in the test so much that they were like, ‘This is the guy.’ So, I got the job! And I don’t know if I’d have gotten that first opportunity had I not met Tim Miller that exact day. It’s incredible, Hollywood destiny – it was beautiful!”

Aside from the voice, what mannerisms did you want to capture, and how important was it for you to deliver a full-body performance, as opposed to just a voice?

“Well, first of all I went to Vancouver, where they were filming, and they took pictures of me doing all of these different emotions [with my face]. We took a ton of pictures and I had to keep holding it [the expression on his face]! Then, when we were recording in LA, they would put dots on my face, and I would have a helmet with a camera and a light on – and any time I did anything, the animators would have something to animate off of. I’m a little nerd for this stuff. I was very excited to get those dots [put on my face] because I’ve seen them used in The Avengers before, so it was very exciting! And to see the things Sonic does, and to see that he looks like me when he’s doing them? That is a thrill beyond a thrill.”

What was your reaction to all the debate about how Sonic looked in the first trailer for this movie?

“It was fascinating. They’d finished the movie and I was doing one of the 20 voiceover sessions, and we had no idea if anybody really cared about the property at all. We knew that we cared deeply about it, but we didn’t know who out there was into it as much as we were. And, when the trailer came out, it turned out it was so many people. And people were so passionate. The fans came out and they showed how many people were out there [for this movie]. You know what I mean? They cared about the property so much that they wanted to share their opinions! And I will say that the way that Sonic looks now is almost exactly in my mind how he looked when I was doing the voice, which is great. When I’m doing the voice, all I am seeing is sketch drawings or animatics, so to finally see him in all his glory is great. So, the biggest thing of all of that was, ‘Oh, wow, there are people who really want this movie and want it done well!’ For Jeff and Paramount and everybody to really put in the effort to make sure it came out as best it can is huge. But, my first reaction [to the reaction to the first trailer] was, ‘This is great! So many people care! It’s not just a bunch of people who played it as a video game, this is so many people, over so many generations that love this character and want him to succeed.’” 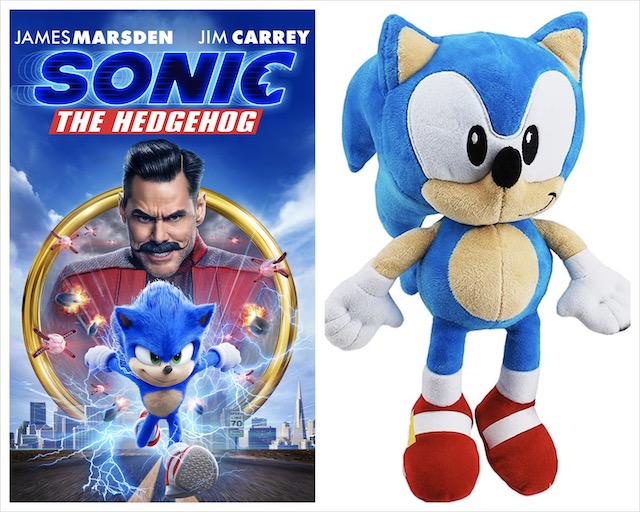 Jim Carrey has spoken recently about wanting to put positive stories and movies out there into the world.Presumably Sonic The Hedgehog very much qualifies in that regard?

“It is a really positive movie! I think there is a lot of fun in going to a movie that is positive and follows a kid superhero. It’s not like he’s mean to anybody! He just wants to live life and do all the things he wants to do. Sonic is very isolated in the beginning, not allowed to go out into the real world, but he finally does. And the idea that two different people [Sonic and James Marsden’s character, Tom] can grab each other and learn from each other and grow – I think that’s a fun story. I love the fact that we have a film that leaves you feeling good and energised, that has big action sequences but is also comedic and has real emotional moments and is centred around love and relationships. I’m excited to be a part of that. You know, a lot of times [as actors] we do stuff and there’s a lot of darkness to it. But there is a lot of brightness to this.”

“You know, it’s funny. I didn’t even think about it at the time, but then, after the last screening, Jim [Carrey] came up to me and said, ‘Kids are going to be coming up to you, they’re going to hear your voice and they’re going to relate you to this movie for a long time now.’ And he would know – he has done a lot of movies and is a legend! I have done a lot of voices before. I was Dewey in Duck tales and Leonardo in Teenage Mutant Ninja Turtles, but this is the first time where a lot of parents are calling me, going, ‘Hey, can you just leave a little voicemail for my kid real quick…’ I have left about 30 already! So, you start to realise how big this could be because the kids are going bananas, and all they’ve seen is the trailer!”

How would you describe Jim and James in this movie?

“Every now and again James would text me from the set [while I was in the recording booth]. But it’s a huge testament to how good an actor James Marsden is. [On set] he is acting with a tennis ball, or a little blue plushie thing! And he’s brilliant! And Jim, I didn’t meet until Vancouver. I met him and… Just wow. He is one of the reasons that anyone in my generation does comedy. Those movies are enormous – Ace        Ventura, The Mask, Dumb & Dumber… Dumb & Dumber is a top five movie of all time for me. He is a huge inspiration and influence, so when Imet him, I was so happy that he is so lovely. He really connects with you. He looks you in the eyes and he puts down whatever he’s doing, and he really talks. As opposed to this generation right now, who, anytime anybody talks, they’re on their phone, they don’t really connect with you. And after Jim saw the movie for the first time, he was so kind. I feel really fortunate to have been in a movie with him.”

Were you nervous when you first met him?

“I was more excited than nervous. Jim doesn’t make you feel nervous. He’s just kind and calm. I was just so excited to meet this person that I had idolised for so long! I remember walking to his trailer and my heart was beating really fast. You couldn’t ask for a better hero to meet.”

This entry was posted on Sunday, June 7th, 2020 at 7:31 pm and is filed under Movies. You can follow any responses to this entry through the RSS 2.0 feed. Both comments and pings are currently closed.