Tomorrowland: A World Beyond is available on Disney Blu-ray TM & DVD now! To celebrate this great movie, London Mums have interviewed child star Thomas Robinson exclusively. He plays young Frank in the film. George Clooney stars as the adult Frank. Check out our report from the original press conference here. 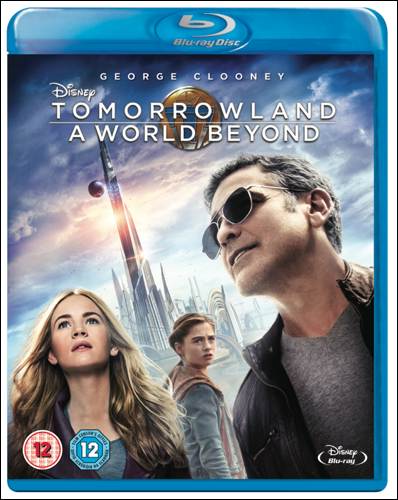 Q: Can you tell us about your experience working as an actor? 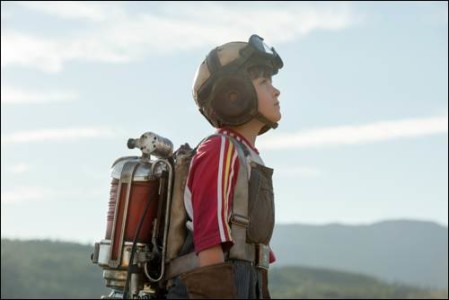 TR: Its been a really amazing experience. I never really had a moment where I thought I wanted to be an actor but I’m really happy it’s started because it’s been an amazing really fun thing to do.

Q: What are your challenges of managing school and your work schedule?

TR: That’s probably one of the hardest thing I’ve had to do at the moment because I’m starting a new school this year and the work load is double last year, so it’s a little tough. It’s kind of hard to balance it out because after a day of work on set a lot of times you have to go back and on top of that do school work. On set you only get three hours of school I think and sometimes you definitely need a lot more than that.

Q: What does your typical day look like? A day in the life of Thomas Robinson whilst filming Tomorrowland.

TR: Most days it was get up at 7am, get dressed, go to wherever we were filming that day and get an early breakfast. Then into hair and makeup, do 10 minutes of school, go to wardrobe and then start filming.

Q: Can you tell us any funny anecdotes on set whilst filming Tomorrowland? We heard that George Clooney is quite the prankster and Raffey is a lot of fun to be around. 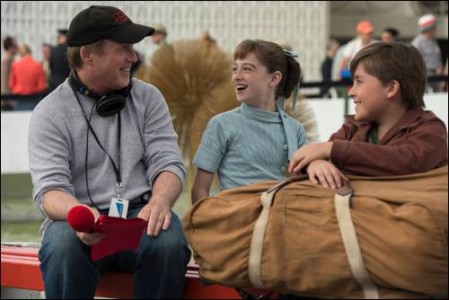 TR: Raffey was such a fun energy whenever she was on set, there wasn’t any specific thing that happened. I never actually worked with George Clooney; I think I met him once for like 2 minutes, so nothing really on that end. 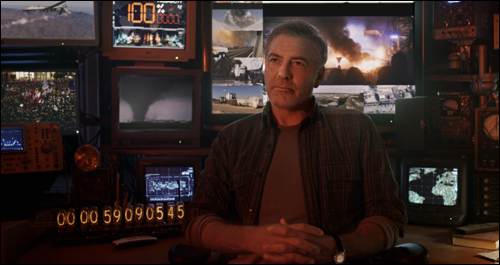 Q: What was it like to work with such a legend Brad Bird? He is such a visionary, did he provide a lot of comfort in his direction and can you tell us what it was like working with him?

TR: It was just an absolutely amazing experience, he just had such a vivid image and he has a really good way of showing the actors on set and everybody how that should get across and it’s just such a fun imaginative energy whenever he is on set, it was really cool. 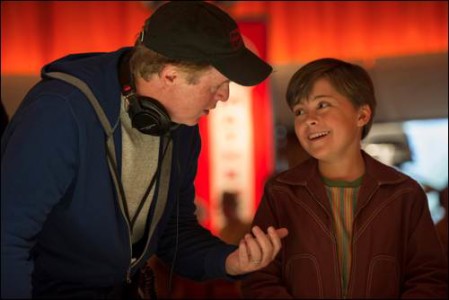 TR: Honestly now that I’ve seen the movie that’s the image that’s in my head, being a part of that it’s like burned to my mind as I guess my image of a bright future. Pretty much just what was in the movie was absolutely amazing, I can’t think of anything else. 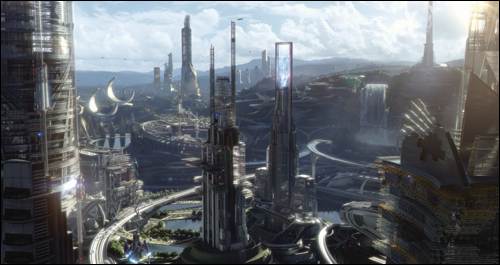 Q: If you could choose a book to be made into a film, what would it be?

TR: Well, there is this book I read a little bit ago called Artemis Fowl, it’s about a super smart 15 year old kid and I know it sounds weird but it’s about fairies and it’s a totally different take on what exactly fairies do and what they are. It’s an entirely different world but a lot like ours in a way, it’s not like Tinkerbell and ‘oh my gosh it’s a fairy!’ it’s like a war between humans and fairies and all kinds of different stuff and it’s a really cool book.

Q: What is your favourite Disney movie of all time?

TR: I don’t know, was The Incredibles a Disney movie? Yeah! That’s part of the reason I was so excited to work with Brad Bird because that’s probably one of my favourite movies of all time.

Q: What are you up to next? Any projects you are working on?

TR: No acting projects just regular life. School, homework, hanging out with friends, going to theme parks on Halloween and all kinds of fun stuff!

Q: Who would you like to work with in your future?

TR: Well out of the people I’ve already worked with on set, who I have found really nice and inspiring, I’d really want to work with Raffey again, she was such a nice amazing person. Possibly Brad Bird again and Jason Bateman from a really long time was like the nicest most fun spirited guy I’ve ever met.

Tomorrowland: A World Beyond is available on Disney Blu-ray TM & DVD now!

This entry was posted on Thursday, October 29th, 2015 at 11:00 am and is filed under Movies. You can follow any responses to this entry through the RSS 2.0 feed. Both comments and pings are currently closed.