I am really honoured to have had the chance to interview critically acclaimed Adam Rolston who went from playwright to million dollar film producer overnight. His inspirational debut feature film A Street Cat Named Bob is in UK Cinemas now. 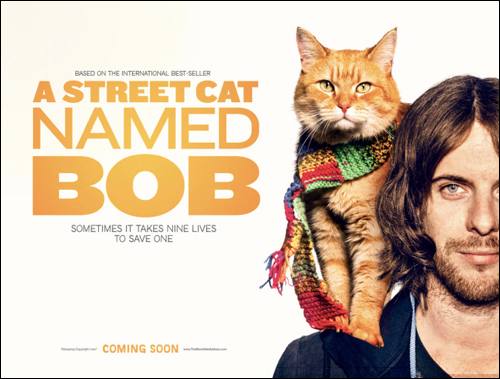 Having sold his first screenplay at just 18 years old, Adam Rolston had a successful playwright career before turning to film production. He wrote the musical stage play ‘A Sentimental Journey: The Story of Doris Day’ that had successful runs in London, Edinburgh, Los Angeles and is now playing across Europe.

After discovering that the International Bestselling Novel A Street Cat Named Bob by James Bowen was still up for option his life went stratospheric as he pitched for and won the film rights to the novel against stiff studio competition. The film was released by Sony Pictures in the UK on 4th November, is directed by Roger Spottiswoode and stars Luke Treadaway, Ruta Gedmintas, Joanne Froggatt, Anthony Head and Caroline Goodall. 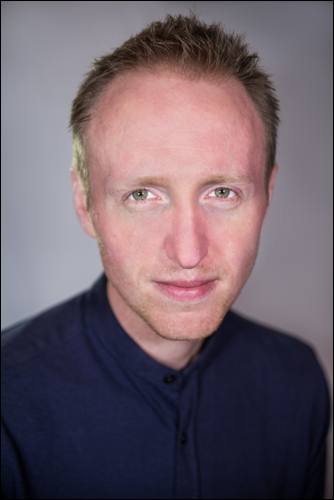 Here is what he told me about his film and life in the spotlight.

Q: A STREET CAT NAMED BOB is a truly a good feel story. It could happen again in today’s London. This is what’s great about it. How do you want your film to inspire people?

AR: I firmly believe that James and Bob’s unique story will stand the test of time and inspire people worldwide many for years to come.

Hopefully it can raise awareness of the homeless and drug addiction. We wanted to portray these issues in a sympathetic light and allow the subject matter to be more accessible to a wider audience whilst not shying away from how harrowing these issues can be. That isn’t always the case on film and I think we achieved that.

The audience reaction to film has been incredible and there have been reports of even grown men exiting the cinema in floods of tears. There’s something about the story which just hits home. I think addiction in particular infiltrates everyone’s lives at some point, whether it’s a personal a struggle or a close loved one.  Also, just as the book did, people who watch the film say that they can’t go past a big issue seller now without buying a copy, which is fantastic. In fact, some people didn’t even know how the Big Issue operated, i.e that it allows homeless people to earn money and in a way, have a small business. So I’m very pleased that the film is changing these perceptions and also hitting home emotionally.

Ultimately, as you say, this a feel-good story and I’ve always believed in leaving audience feeling good about themselves and leaving with hope. You don’t get that much nowadays when you go to the cinema. I hope the film will make audiences feeling good for many years to come.

Q: What do you like and dislike about London as a film location?

AR: London is great place to film and with this film in particular I’m delighted that we got to show many sides of the city. Yes, we see the classic landmarks and tourist locations such as Covent Garden (where James and Bob made their mark) but we also see the slightly grittier side of London such as the Hackney Estate, and indeed, alleyways and doorways where homeless sleep.

We filmed entirely in London, with our stages at Twickenham studios, and it was a delight from start to finish.

Q: You have made the switch from theatre to the big screen. What is that you like about filmmaking compared to theatre?

AR: It’s pretty obvious to say but there’s just a bigger canvas on which to tell a story in film. With theatre, you generally have one setting, and there’s an art to how you place your characters around the stage, when they enter and exit, etc. With film, you can go from London to Tokyo in one swift cut.

Another preference, and again which has been said before, is that film is a lot more visual than theatre. You can focus in on an actor’s eyes in film and it can speak a thousand words. Theatre is all about dialogue, and constantly filling the air. Silence is deadly in theatre, but passable and effective in film.

If there’s a preference I have in THEATRE, it’s that Theatre is constantly changing and malleable. After a first night you can change lines, change direction, and do so on future productions even. Many actors will play one part sand interpret it differently. Shakespeare is a prime example of this.

With film, yes you can keeping testing the film and keep improving in the edit but then there comes a time when you have to lock the film (schedule and budget dictate this really) and then there’s no going back. If you do have to go back it’s highly time consuming and expensive to do so.

Q: What inspired you to write ‘A Sentimental Journey: The Story of Doris Day’? Do you like films from the 60s and why?

AR: It was a bit of an accident of how I came to write ASJ. Before I wrote the musical I knew nothing about Doris Day, apart from some of her famous films, but I was approached by a theatre who wanted to commission me. After researching the story I found that her life wasn’t exactly one of ‘the girl next door’, it was actually quite tragic, and full of conflict and drama, which convinced me the material was there for a really interesting script(set around her famous numbers). It was tricky at first, but then I found a key to make it all work, having the play narrated by her son Terry Melcher (who died young), and putting the mother/son relationship at the core of the story.   I have a strong relationship with my own mother and so I guess I drew on that.

I did have to watch all of Doris’ films. I don’t necessarily like films from the 60s but I do like classic films. My favourites are the Chaplin films. He is my absolute hero and inspiration. His films still stand the test of the time. A genius.

Q: If you became King of Britain, what would you do first?

AR: I would give both James and Bob a Knighthood.

AR: I am about to shoot three films pretty much back to back, starting in January with a rom-com project called ‘Never Google Heartbreak’, based on a book by Emma Garcia. The talented young writer/director is Rachel Hirons and we’re currently casting. We have an amazing lead actress but I can’t say who it is just yet.

Then I go to Canada to for a project called ‘Booze Bus’, a very silly but very funny buddy movie written by Kat Wood.

I also have another project with the director of ‘A Street Cat Named Bob’ Roger Spottiswoode called ‘Either Side of Midnight’. It’s a brilliant script, an ensemble drama set over one night in Manhattan. I’ve always wanted to make a New York movie. Considering the current political climate I think it’s a real opportunity to make an important film, with a strong message.

And indeed, I’m still very much involved in the Bob brand. A film sequel has been discussed however first we are developing an animated pre-school television series based on the two children’s books in the series, “My Name is Bob” and “Bob To the Rescue”. I’m very excited about that.

A Street Cat Named Bob is in UK Cinemas now.

This entry was posted on Tuesday, November 15th, 2016 at 9:00 am and is filed under Movies. You can follow any responses to this entry through the RSS 2.0 feed. Both comments and pings are currently closed.