Avengers: Infinity War will bring together the full Avengers squad and the Guardians of the Galaxy team. Take a look at the very first teaser trailer which has just been released by Marvel Studios. This can only mean one thing: non stop laughs and giggles as the Marvel Universe becomes more and more comedic as we have seen in the latest Thor: Ragnarok and Guardians of the Galaxy 2. This also means that Marvel movies will be increasingly be accessible to younger fans and parents will have peace of mind when taking their children to see these movies. It’s great news. 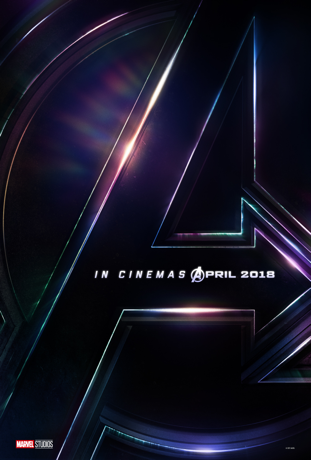 THE BIGGEST CAST EVER ASSEMBLED, INCLUDING:

DIRECTED BY: Anthony and Joe Russo

An unprecedented cinematic journey ten years in the making and spanning the entire Marvel Cinematic Universe, Marvel Studios’ Avengers: Infinity War brings to the screen the ultimate, deadliest showdown of all time. The Avengers and their Super Hero allies must be willing to sacrifice all in an attempt to defeat the powerful Thanos before his blitz of devastation and ruin puts an end to the universe. This is the official synopsis from Marvel. Unfortunately we don’t get to know more than this at this stage but I bet this film will guarantee a laugh a minute. The cast is so brilliant together and Infinity War will be the Marvel movie to attract a record number of fans and expand the audience beyond loyal Marvel fans.

Avengers: Infinity War will release in the UK on the 27th April 2018.

This entry was posted on Thursday, November 30th, 2017 at 12:45 pm and is filed under Movies. You can follow any responses to this entry through the RSS 2.0 feed. Both comments and pings are currently closed.