Wonder Woman 1984 is the sequel to 2017’s Wonder Woman and the ninth instalment in the DC Extended Universe. It will debut theatrically in international markets on a staggered schedule beginning on 16 December 2020. Best film of 2020! Don’t miss it if you are a fan of the DC heroine. 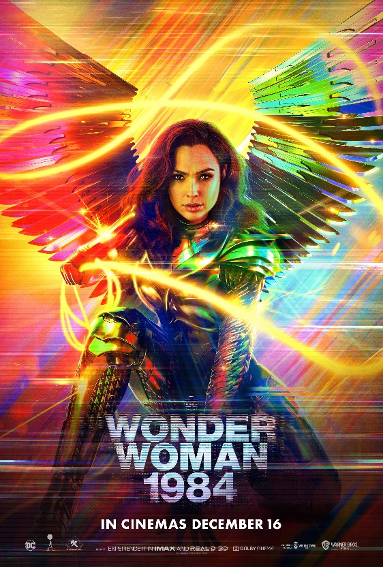 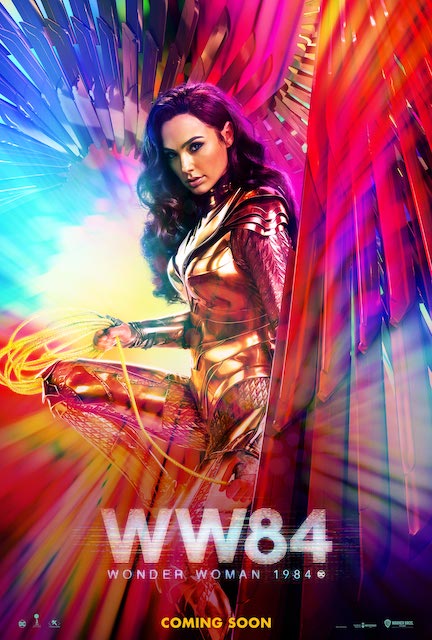 In “Wonder Woman 1984,” the fate of the world is once more on the line, and only Wonder Woman can save it.  This new chapter in the Wonder Woman story finds Diana Prince living quietly among mortals in the vibrant, sleek 1980s—an era of excess driven by the pursuit of having it all.  Though she’s come into her full powers, she maintains a low profile, curating ancient artefacts and only performing her super heroic acts incognito.  But now, Diana will have to step directly into the spotlight and muster all her wisdom, strength and courage in order to save mankind from a world of its own making. 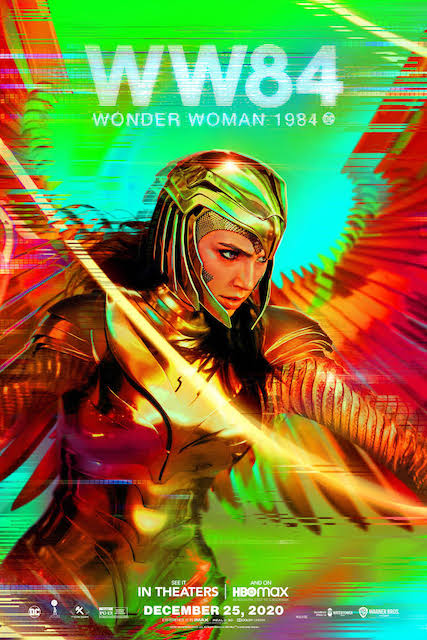 With director Patty Jenkins back at the helm and Gal Gadot returning in the title role, “Wonder Woman 1984” is Warner Bros. Pictures’ follow up to the DC Super Hero’s first outing, 2017’s record-breaking “Wonder Woman,” which took in $822 million at the worldwide box office. The film also stars Chris Pine as Steve Trevor, Kristen Wiig as The Cheetah, Pedro Pascal as Max Lord, Robin Wright as Antiope, and Connie Nielsen as Hippolyta. 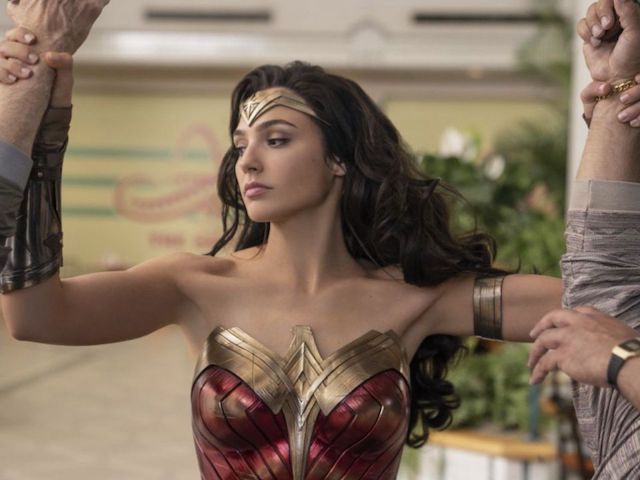 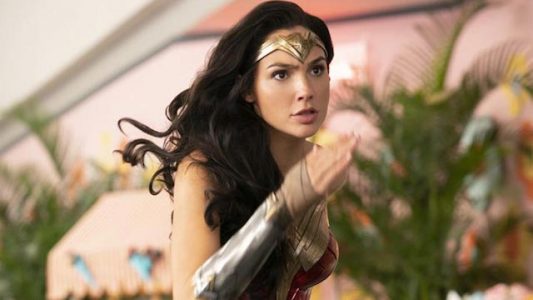 Patty Jenkins directed from a screenplay she wrote with Geoff Johns & David Callaham, story by Jenkins & Johns, based on characters from DC. Joining the director behind the scenes are several members of her “Wonder Woman” team, including director of photography Matthew Jensen, Oscar-nominated production designer Aline Bonetto (“Amélie”), and Oscar-winning costume designer Lindy Hemming (“Topsy-Turvy”). Oscar-nominated editor Richard Pearson (“United 93”) is cutting the film. The music is by Oscar-winning composer Hans Zimmer (“Dunkirk,” “The Lion King”).

The movie starts going back to the roots of Diana Prince’s childhood. We get an insight into the origins of Wonder Woman as a child in her world of powerful goddesses and Amazonians. The young Diana is very determined to win and to fight back at all costs only to be shown that respect and truth is what makes you powerful.

In Wonder Woman 1984, she’s been around. She now works as an anthropologist at a museum in Washington DC. She’s wiser and she’s more mature.

She’s guarded and lost all of her friends throughout the years.

Diana lives a lonely life but she’s still doing the right thing and helps humans and to fight for justice.

She is still mourning the loss of the love of her life. The beauty of this movie is the fact that it explores the most emotional Side of our beautiful heroine. She needs to give up once again her love Steve for the greater good.

Gal Gadot is absolutely stunning and with this performance she proves to be more than just a beautiful woman. Showing the emotional aspect of her character means digging deep into the actress’ skills.

Her outfits are striking and vary from the classic Wonder Woman US striped corset to the Golden Warrior armour.

Wonder Woman has never looked better to my eyes. The look and feel of this movie, including the types of villains and flying scenes reminisce  the very first Superman’s movies starring Christopher Reeves. The filmmakers have been clever to bring us back to those classic DC films.

This film is rated PG-13 for sequences of action and violence. Definitely a family movie for this Christmas. I will watch it again with my teenage son.

Best film of the year, for sure! I absolutely loved every minute of it and I could have watched it again back to back.

This entry was posted on Tuesday, December 15th, 2020 at 5:05 pm and is filed under Movies. You can follow any responses to this entry through the RSS 2.0 feed. You can skip to the end and leave a response. Pinging is currently not allowed.