You don’t need to be fluent in phonetic alphabet to know what the title of Tina Fey’s latest offering (Whiskey Tango Foxtrot) means.  It’s in cinemas now, certificate 15, and the combination of title and star makes you expect a comedy.  London Mums’ resident film critic, Freda Cooper, finds that appearances are deceptive. 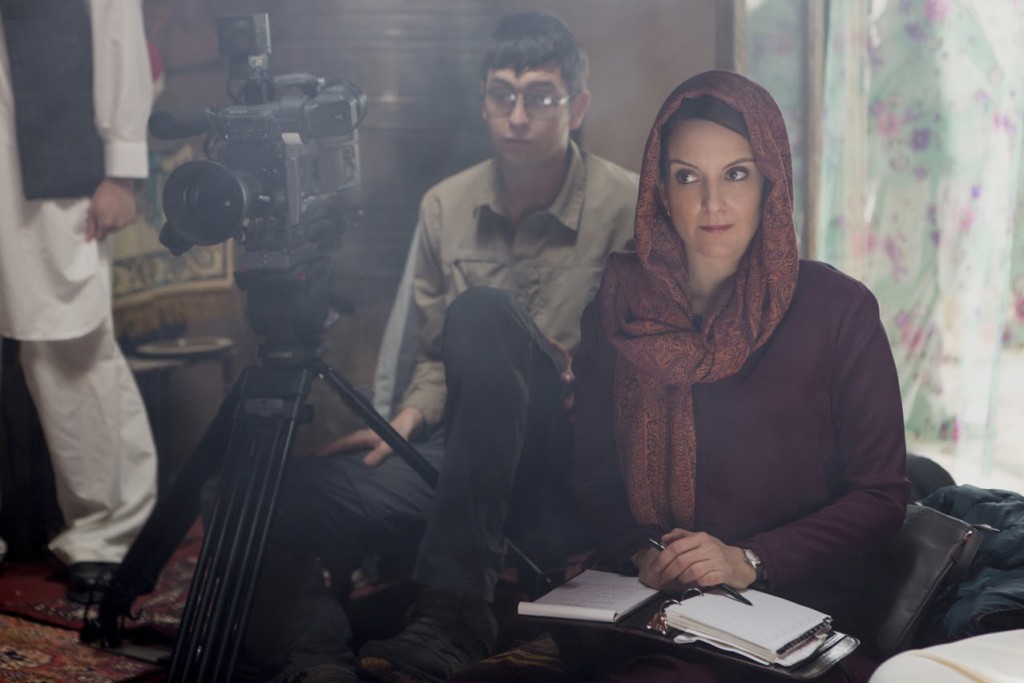 With a boring desk job and an almost permanently absent boyfriend, TV journalist Kim Baker (Tina Fey) is in a rut, so when an assignment to Afghanistan comes along, she takes it.  The military, the weather and the culture all mean she’s a fish out of water, but she adapts faster than she anticipates and ends up staying there for two years.

This isn’t a comedy.  It’s based on the memoirs of American journalist, Kim Barker (Fey’s character seems to have lost an “r” along the way), who genuinely did spend two years in what the media pack in Afghanistan called the Kabul Bubble.  That doesn’t mean that it’s humourless, but the intentional laughs are more than a little raunchy: this is a certificate 15, after all.  There’s also the occasional bit of irony, such as her story about the first woman in Kabul to pass her driving test.  As she Kim speaks to the camera, the woman concerned gets into her car, reverses it and crashes.  “Not good for women”, observes our reporter through clenched teeth.

So what kind of film is Whiskey Tango Foxtrot?  Certainly it’s not a comedy, and it’s definitely not in the league of either Catch-22 or M*A*S*H.  And while the war is seen through the eyes of a media person, it doesn’t come close to the more serious films on the same subject, like Zero Dark Thirty.  It’s somewhere in between, in no man’s land if you like, and that’s never a wholly comfortable place to be. 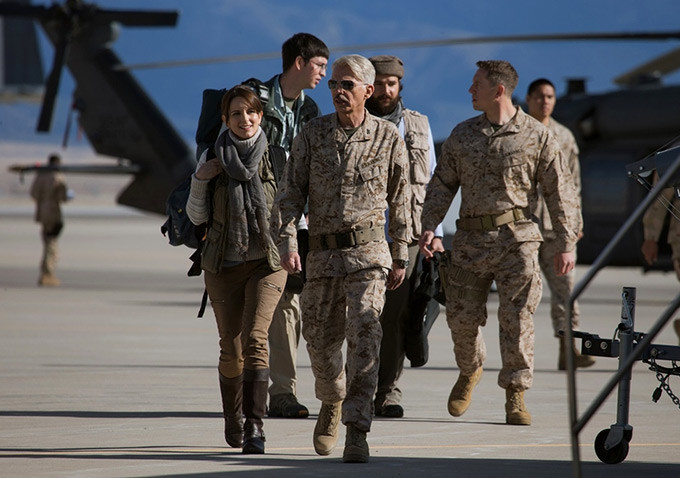 There’s a lot about the discomfort she has to put up with: the wind makes her hair blow all over the place (surprisingly for a resourceful journalist, it takes her a while to think of tying it back) and there’s never a ladies’ loo when she needs one.  But what we see of the war itself is very sanitized, with the exception of one much-needed scene which acts as a reality check.  Otherwise, it’s remarkably clean so that when press photographer Iain (Martin Freeman) is released after being held hostage, he shows no signs of weight loss and sports some rather flattering stubble.

This is most definitely a vehicle for Tina Fey, one that gives her the opportunity to move out of her usual comedy territory and she emerges with more than a little credit, giving her character a certain cheeky intelligence and the recklessness driven by a journalist’s hunger for the big story.  Sadly, her co-stars are condemned to play second fiddle and don’t come off so well.  Alfred Molina is wasted in a caricature of a role, Billy Bob Thornton has little to do other than be crusty and wear fatigues and Martin Freeman sports a Scottish accent that I thought was going to turn out to be a joke.  It wasn’t. 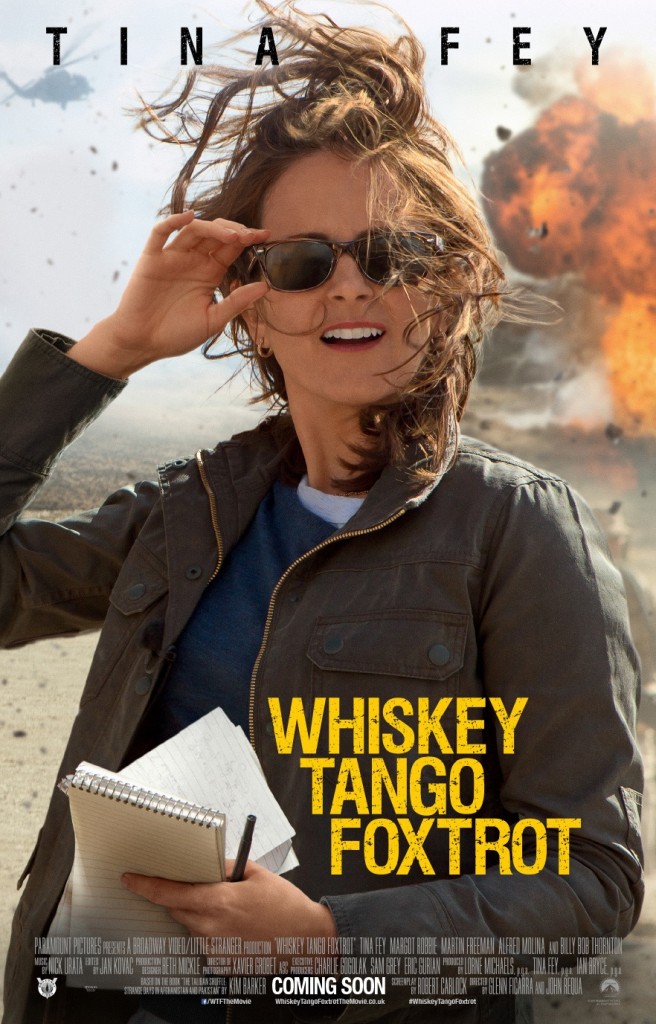 Don’t get me wrong.  Whiskey Tango Foxtrot a very decent, entertaining watch and there are far worse ways of spending an hour and a half.  But it suffers from being stranded between two camps and suffers even more from a title that, while witty, leads you to expect a completely different film.  A new one should do the trick!

Whiskey Tango Foxtrot is in cinemas now and was reviewed on Talking Pictures on 12 May 2016.

Tags:  Alfred Molina Billy Bob Thornton Catch-22 M*A*S*H Martin Freeman Tina Fey Whiskey Tango Foxtrot Zero Dark Thirty
This entry was posted on Saturday, May 14th, 2016 at 3:33 pm and is filed under Movies. You can follow any responses to this entry through the RSS 2.0 feed. Both comments and pings are currently closed.