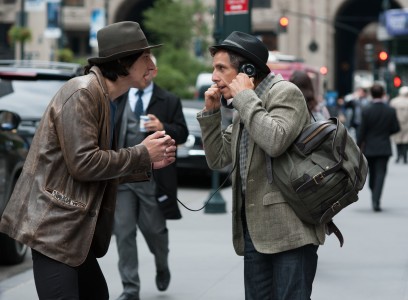 Forty-somethings Josh (Ben Stiller) and Cornelia (Naomi Watts) have no plans to join their circle of friends by starting a family.  He mixes documentary making with lecturing and at one of his classes meets twenty-somethings Jamie and Darby (Adam Driver, Amanda Seyfried).  The two couples soon become friends and the younger pair open up a whole new world of possibilities for the older ones.  It’s fun, it’s liberating and it’s flattering but, as time goes on, Josh starts to wonder if it’s all too good to be true.

Breathe a long sigh of relief!  While We’re Young isn’t just a very funny comedy, it’s an intelligent one for grown-ups.   Which goes part way to explaining that 15 certificate (the rest of it is down to occasional strong language and a drug taking sequence).

Baumbach has something of a reputation for using his own life as inspiration for his scripts.  The Squid And The Whale was based on his childhood, this on more recent memories, the years after his fortieth birthday.  The result is something intricately observed that rings with truth – and it’s the accuracy of those observations that creates the laughter. 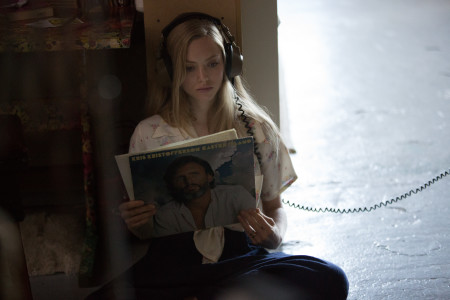 The older couple revel in their new friendship.  Their younger friends are spontaneous, refreshing and relaxed, yet their tastes are appealingly retro: a vast collection of vinyl, but no CDs.  In contrast, the older pair live under the rule of technology – mobile phone, tablet et al.  But the attention they get from their younger friends is immensely flattering, especially as Jamie is a fan of Josh’s documentaries.  It encourages the older couple to ignore the inevitable impact of age on their bodies: Josh follows Jamie by riding a bicycle – and promptly pulls a muscle in his back.

It is, however, very much a film of two halves, with most of the laughter concentrated in the first part.  As the friendship between the two couples develops further, the tone is less sharp and the wit fades.  It’s not so much that the film has lost its way, but it’s definitely slipped into something more comfortable.

The acting is very nicely judged.  While this is probably the best thing Stiller’s ever done, he’s overshadowed by Adam Driver’s Jamie, with his unconventional looks and attitudes and sinewy movements. It’s a terrific piece of acting from a real rising star. 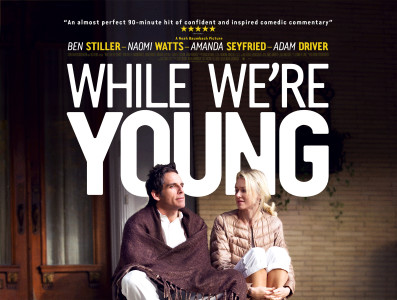 Mum’s rating: 8/10              Can younger and older people be friends without the age difference getting in the way?  You’ll have fun and lots of laughs while you find out where the film stands on this.  Book yourself a babysitter and enjoy a visit to the cinema to bathe in something funny, intelligent and beautifully written.  Comedies like this aren’t so much a breath of fresh air as a full scale hurricane.  We could do with more!

While We’re Young goes on general release on Friday, 3 April 2015.

Tags:  Adam Driver Amanda Seyfried Ben Stiller Frances Ha Moonrise Kingdom Naomi Watts Noah Baumbach The Grand Budapest Hotel The Squid And The Whale Wes Anderson While We're Young
This entry was posted on Thursday, April 2nd, 2015 at 11:15 am and is filed under Movies. You can follow any responses to this entry through the RSS 2.0 feed. Both comments and pings are currently closed.