Where the Crawdads Sing is a new coming-of-age mystery drama that arrives in cinemas on 15 July 2022. Daisy Edgar-Jones – who dazzled audiences as the sensitive Marianne in Normal People – takes the lead alongside Harris Dickinson and Taylor John Smith. 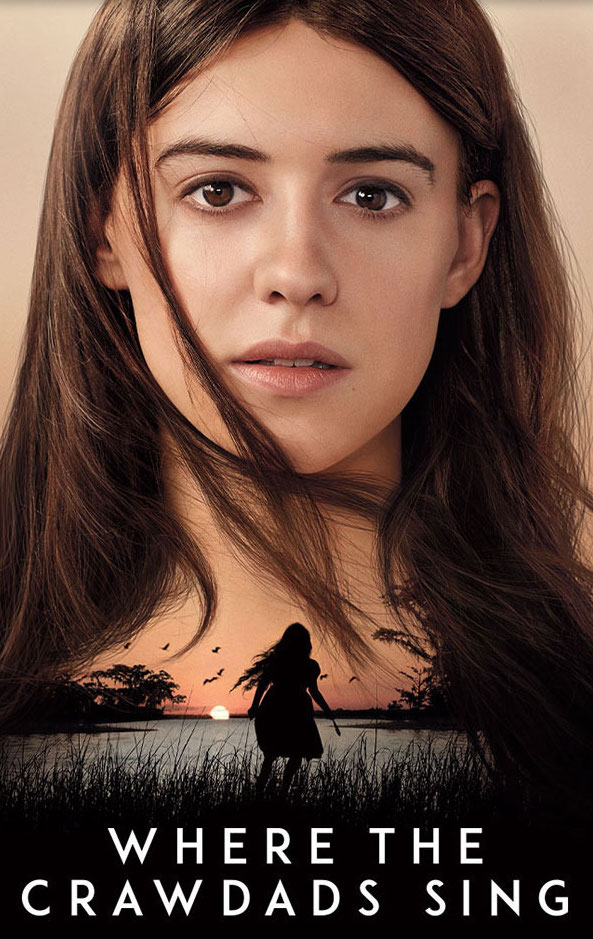 Abandoned as a girl, Kya raised herself in the dangerous marshlands of North Carolina. For years, rumors of the marsh girl haunted Barkley Cove, isolating the sharp and resilient Kya from her community. Drawn to two young men from town, she opens herself to a new and startling world. Kya becomes a suspect in the murder of one of the men who once pursued her.

Where the Crawdads Sing is not based on a true story. There was never a woman who lived in a marsh and got away with killing a man who was after her. However, some of the events eerily resemble author Delia Owens’s own past.

Where the Crawdads Sing is a wonderful coming-of-age  thriller that casts a mix of rising stars and fresh faces directed and produced by experienced stars. It could be one one of the biggest hits of the summer of 2022. London Mums magazine’s reporters loved it and felt emotional throughout the screening. Reese Witherspoon, who selected Owens’s novel for her book club back in September 2018, is among the film’s producers.

If you have yet to read the gripping novel, which has already sold over 10 million copies globally, the time to order it is now before watching the movie.
Not only the film features lush landscapes, tense courtroom scenes and beautiful performances by new talents but also a great original song penned by Taylor Swift, called “Carolina”. It’s an emotional, mournful and intensely atmospheric song that seems to have been written from Kya’s perspective, as she roams the lonesome marshes, despairs over those who have left her and hints at the many secrets she’s keeping, which she can only share with the creeks, forests and beaches of North Carolina. The song sums up the tone of this wonderful movie that has positive messages scattered throughout like women’s empowerment and liberation (the story is set in the ‘50s and ‘60s).

This entry was posted on Thursday, July 14th, 2022 at 12:19 pm and is filed under Movies. You can follow any responses to this entry through the RSS 2.0 feed. Both comments and pings are currently closed.