Film Review: A Walk In The Woods

There’s something of a theme at the cinema this week – people against the elements. Everest brings mountaineering to the big screen but, for something a little more leisurely, there’s A Walk In The Woods, based on the Bill Bryson book of the same name.

London Mums’ film critic, Freda Cooper, pulled on her hiking boots and went along for the ride.  And the walk. 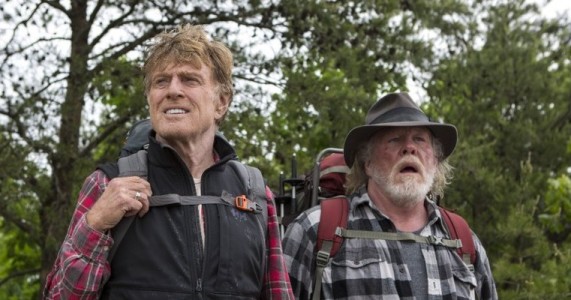 Author Bill Bryson (Robert Redford) finds himself at a later life crisis and needs to re-connect with his native country.  His solution, much to the consternation of his wife Catherine (Emma Thompson), is to hike the 2,000 mile long Appalachian Trail. She insists he takes a friend and he eventually finds another willing walker in his out-of-shape old buddy Stephen Katz (Nick Nolte). It’s an eventful journey, full of challenges like bears, snowstorms – and other know-it-all hikers.

This project had been on Redford’s books for some time. He’d originally planned for his Butch Cassidy co-star, Paul Newman, to play Katz but, sadly, time ran out. So now he takes a hike with Nick Nolte instead, who looks as though he won’t make it past the first day!

Once they get going, there are times when the trail seems just too easy, with plentiful stopping places, motels and places to eat. But every time we fall into the trap of thinking it looks a doddle, along comes the more challenging side of the trip: the inevitable bears raiding their camp, a vicious snowstorm and the moment when they fall off a ledge and it looks like game over. And there’s also the characters they meet, Bryson attracting the more eccentric ones like a magnet. There are plenty of hiking nerds but the deadliest of all is Mary Ellen (a priceless cameo from Kristen Schaal). She’s right about everything and everybody else is wrong – even when they’re not. 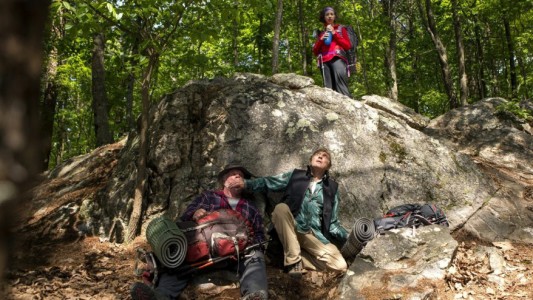 The film hangs on two things. The actors playing the two leads and the script’s ability to capture the tone and spirit of Bryson’s book. The script gets it totally right, with the wry humour and pin-point observations about human nature that are Bryson’s stock in trade. It’s also tinged with nostalgia as Katz tells him what’s become of various places they knew in their youth. In the main, they’ve all become Wall-Marts or other shopping malls and Bryson has to comfort himself with the thought that the mountains they admire on the trail have been there for ever.

As Bryson – everybody seems to call him by his surname – Robert Redford has the right element of weariness which is always overshadowed by his interest in the world – and sometimes his despair at it. Nick Nolte is suitably craggy and scruffy as the reformed hard drinker, Katz: paunchy, florid of face and wheezy of chest, he’s Redford’s foil, both in appearance and attitude. He demolishes a bunk bed, gets chased out of town by an angry husband and, despite a tendency to overcook the role just a wee bit, he is genuinely funny. 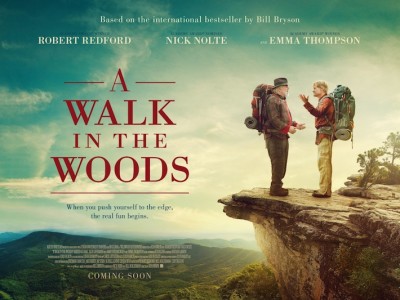 Although comedy isn’t exactly Robert Redford’s natural home, A Walk In The Woods is consistently amusing with some genuine laugh-out-loud moments. With its top drawer cast, finely tuned script and some glorious scenery that’s a gift to the cameraman, it’s enjoyable and comfortable viewing. In fact, it’s as welcoming as a pair of old slippers. Or hiking boots.

A Walk In The Woods is in cinemas now and is also reviewed on the latest edition of Talking Pictures.

Tags:  A Walk In The Woods Bill Bryson Emma Thompson Kristen Schaal Nick Nolte Paul Newman The Appalachian Trail
This entry was posted on Friday, September 18th, 2015 at 1:39 pm and is filed under Movies. You can follow any responses to this entry through the RSS 2.0 feed. Both comments and pings are currently closed.