Thor: Love and Thunder is without a doubt the best Thor movie to date. The mix of comedic slapstick gags, emotional scenes and scarily interesting villains is fabulous. Marvel has clearly got that mix right and understood that people need fun movies that are not relatable to their lives to be able to switch off from the daily grind. The movie hits cinemas on 8th July 2022. It is family friendly and suitable for children from 8 years of age. 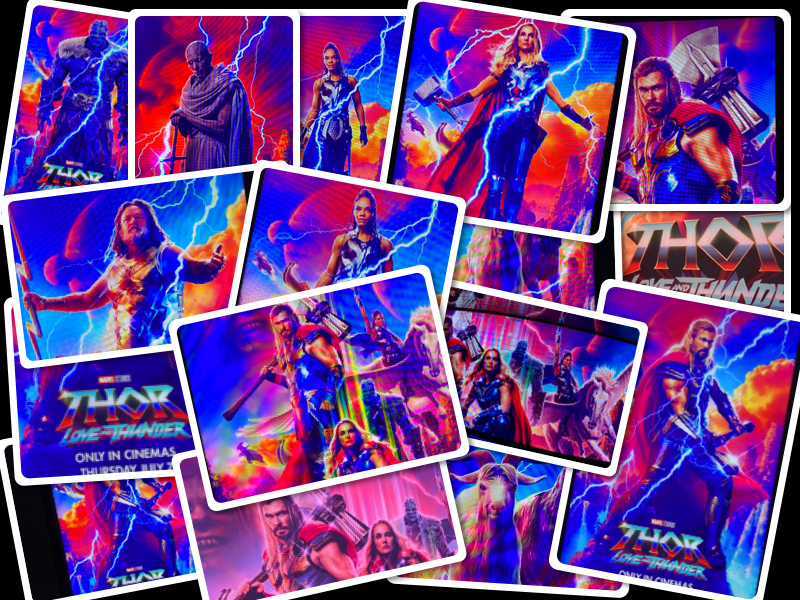 Set some time after Avengers: Endgame, in Thor: Love and Thunder Thor enlists the help of Valkyrie, Korg and ex-girlfriend Jane Foster to fight Gorr, the God Butcher, who intends to make the Gods extinct.

Both because the Avengers don’t exist anymore as an organisation and because Thor chose King Valkyrie to lead New Asgard at the end of Endgame, Love and Thunder finds Thor somewhere out in space with the Guardians of the Galaxy. They are only doing a guest appearance here. It’s like a cameo to please fans.

I won’t be spoiling the rest of this compelling movie. But don’t leave the cinema before the end of the credits as there will be two clips that announce the imminent return of Thor.

The amount of hilarious moments in this film surpasses the scary and sad scenes. That makes Thor’s latest instalment very appealing.
Christian Bale portrays a scary villain, the Godbutcher, who poses a huge threat to the survival of all Gods in the Universe. Bale is phenomenal as Gorr and brings an intensity to that role that that makes him terrifying – at least to my eyes. You can barely recognise him. Only someone like Bale can bring the right depth to play a character that audiences like. I even sympathised with Gorr from the beginning because ultimately he is a father who seeks revenge for the loss of his daughter.
Russell Crowe is Greek super God Zeus. He’s not brave and infallible as we would imagine but the unflattering and lustful tyrant of the Gods. He keeps talking about orgy parties and is absolutely hilarious.
The female characters steal the centre stage with their heroic actions and auto-ironic gags. Natalie Portman returns to Love and Thunder, with a full Thor’s outfit and his hammer hurtling into her hands. Natalie Portman and Tessa Thompson showed up at the London premiere without Chris Hemsworth, almost to indicate that this movie is all about the power of women. Every great man there’s a woman. Thor has two!

The light sense of humour is what makes this sequel very compelling throughout. Even the toughest and most dramatic scenes loose their cruel edge knowing that there will be more gags around the corner. 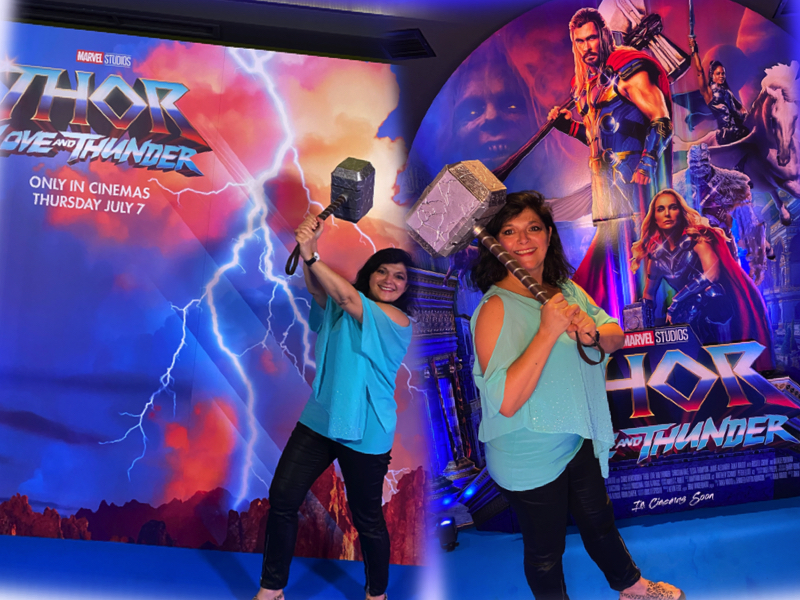 Thor: Love and Thunder combines action and comedy in a sensational production that has left us Marvel fans wanting more. Finally, Marvel seems giving its public what they want.

This entry was posted on Tuesday, July 5th, 2022 at 10:47 pm and is filed under Movies. You can follow any responses to this entry through the RSS 2.0 feed. You can skip to the end and leave a response. Pinging is currently not allowed.