On Thursday 30th of June, as a contributor for the London Mums magazine I got the opportunity to review The Railway Children Return at a private screening at Soho House. It is a beautifully emotional movie for the whole family. A must-see this summer. 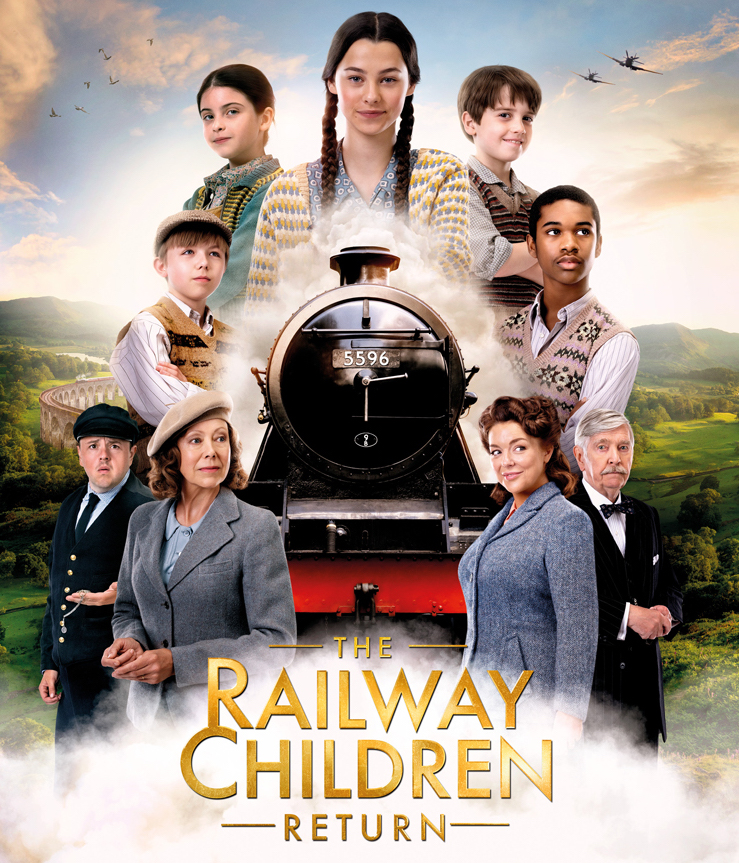 Inspired by one of the most beloved British family films of all time, The Railway Children Return is an enchanting, moving, and heart-warming adventure for a new generation.

There to meet them on the train station platform are Bobbie Waterbury (Jenny Agutter, reprising her iconic role in the original film), her daughter, Annie (Sheridan Smith), and grandson Thomas (Austin Haynes), and with their help the evacuees are soon settling into their new life in the countryside.

When the children discover injured American soldier Abe (KJ Aikens), hiding out in the railyard at Oakworth Station, they are thrust into a dangerous quest to assist their new friend who, like them, is a long way from home.

The trailer
The verdict

The first clip in the movie where the children are sent away from their families is a very moving scene with children parting from loved ones. That reminded me of how current this story is with parallels to Europe welcoming children from the Ukraine. For this reason this movie is educational for children.

Though The Railway Children Return covers events from a far-off era the themes of the film remain pertinent to modern audiences. One of those themes that should resonate with viewers having gone through recent lockdowns will be the strength of children according to producer Jemma Rodgers.

“It’s about the resilience of children in the face of terrible things that grownups have created. A child can actually see through that, and can be strong, and accept it, and manage it. But also be critically damaged by it, because it’s out of their control. What people were living with then in terms of the daily ‘just having to get on with it’ is not dissimilar to how we’ve had to get through Covid-19 restrictions as a community. It felt like such a contemporary time to be talking about those things.”

Having drawn a 1970 audience with this property, Agutter is pleased this new evolution will still connect with viewers. “Hopefully it will touch people from all sorts of backgrounds – different economic backgrounds, different ages and families, and will be seen as something that seems part of our inclusive society. Because it is exciting to belong to an inclusive society, and we are seeing much more clearly that we are culturally a real mixed bag in the UK. We may not have recognised it in the ‘40s, but we do today. And we see the beginning of it here with this family. And I think that’s good.”

Matthews hopes that this film creates a renewed connection within families. “I hope people go and see it with their families. Maybe I’m being a bit misty-eyed and rose-tinted here, but I certainly remember, from my childhood, the big family films that everyone went to see in the cinema. It’s interesting that there’s some sort of commonality in the reasons why those films endure. Watching films with your children or your grandparents or your uncle or any members of the family – it’s a really important part of your experience as a child, a parent, or as a grandparent, or as an uncle or auntie or whatever – sharing that time together. I hope The Railway Children Return gives families that shared experience – something to connect with people on an emotional level.”

“This is a film that’s full of heart, it’s full of truth,” says Smith. “Kids aren’t stupid. They don’t want to just see a choo-choo train and some silly story. They’re much more intelligent. The original taught us a lot, so it’s important that The Railway Children Return teaches our kids a lot too.”

Studio Canal is possibly one of my favourite film production companies. This film is very appealing to families and a must-see movie.

Tags:  #evacuees #therailwaychildren
This entry was posted on Sunday, July 3rd, 2022 at 11:00 pm and is filed under Movies. You can follow any responses to this entry through the RSS 2.0 feed. Both comments and pings are currently closed.