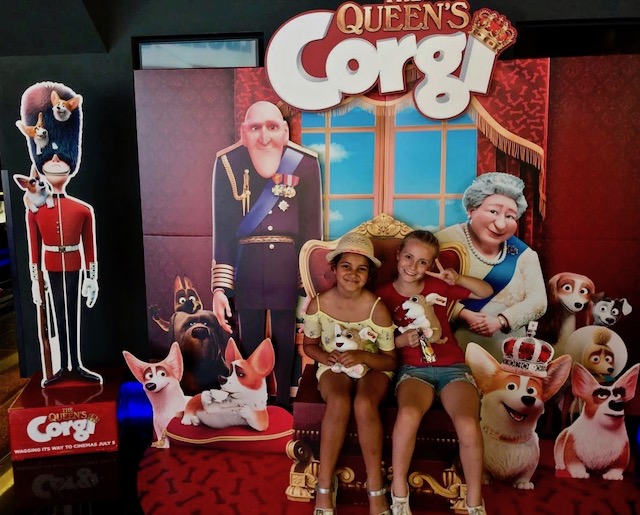 The Queen’s Corgi follows Rex, the Queen’s Top Dog – a spoilt little Corgi who lives a life of luxury in Buckingham Palace. He’s the Queen’s favourite since he was born.

Rex is very irritating and thinks he is superior to the other Corgis who resented him.  After Rex caused a diplomatic incident with the President of the United States (guess… Trump), one of the other Corgis hitched a plan to move to the Vatican City but really wanted to kill him.  This didn’t go as planned and Rex ended up in a fight club as a stray dog from the streets of London.

When Rex winds up in a London Dog’s Home, surrounded by tough strays, he must learn that to become a true Top Dog, you have to earn it!

Rex makes many friends and falls in love with a dog called Wanda and so his journey to get back home to the Palace begins. He has a wacky adventure together with the stray dogs who support him to go back to Buckingham Palace. 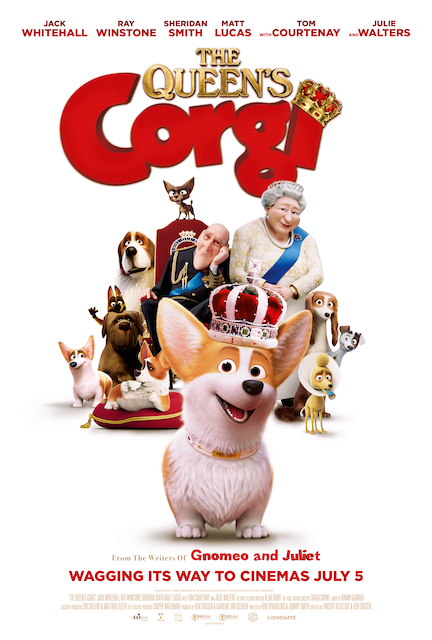 One of the highlights of the movie for those London Mums who attended the screening is the ending, when the original top dog Rex gives up the honour of being crowned the Queen’s top dog in favour of a life with his new fiancee, allowing another dog to accept that honour. Like most animations nowadays, this film has a lot of double references to adult humour for the parents to enjoy.  At the end of the day, mums and dads want to have a good time too when taking kids to the cinema.

There are no-stop hilarious gags in a crescendo of funny, unexpected adventures set between Buckingham Palace and the Dog’s rescue centre, passing by the scary world outside.

Both our 8-year-old child reporters laughed out loud at the way the Corgis were running around and at the vicissitudes of the different dog breeds that Rex encounters in the Rescue centre for astray dogs: they all carry a different story but they all gather together to help each other to support Rex in his ultimate goal to go back home.

Watch this cute video with their first reactions.

The screening our kids attended was the very first one in the world and took place at Cineworld Leicester Square.  All proceeds went towards funding the vital work of the Film and Television Charity. There was also a Corgi Garden party in Leicester Square Gardens after the movie.

Our 10 year old child reporter Leo met some Royal Corgis and the garden party was fun with live music and entertainment and he also made his very own Royal Crown. He had face painting done with of course Corgi paw print. Leo even got a cute cuddly baby corgi soft toy.

This entry was posted on Monday, July 1st, 2019 at 10:22 am and is filed under Movies. You can follow any responses to this entry through the RSS 2.0 feed. Both comments and pings are currently closed.