The Little Stranger is a hugely anticipated adaptation of Sarah Waters’ acclaimed novel of the same name. Incredible performances, beautiful scenery and creepy sound effects create an atmospheric, chilling and captivating film that will stay with you long after the credits. 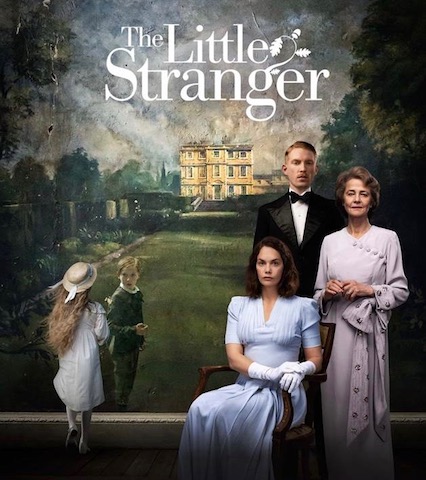 The little stranger tells the story of Dr Faraday, the son of a housemaid, who has built a life of quiet respectability as a country doctor. During the long hot summer of 1948, he is called to a patient at Hundreds Hall, where his mother once worked.  The Hall has been home to the Ayres family for more than two centuries.  But it is now in decline and its inhabitants – mother, son and daughter – are haunted by something more ominous than a dying way of life.  When he takes on his new patient, Faraday has no idea how closely, and how disturbingly, the family’s story is about to become entwined with his own.

Is it any wonder that the Ayres family seem plagued by supernatural forces? The long repressed memory of the death of the eldest sister, Suki, is rekindled when they meet Dr. Farraday, who – as a child himself – briefly met the sister the day before she died. In addition to this there’s a brother returned from the Second World War covered in burns and rocked by PTSD and the surviving sister Caroline, who is so much more capable than her younger brother, is continually forced either into the kitchen, or into marriage. The family home is falling into ruin and the social upheaval of Post-War Britain is forcing the family to its knees.

All of this combine to make the perfect storm of repression, rage and tragedy, and it isn’t long before the tension boils over; voices heard in empty rooms, bells ringing for no reason, visions of fire, animals suddenly turned savage, all of this means it doesn’t take long for the family’s sanity to crack. 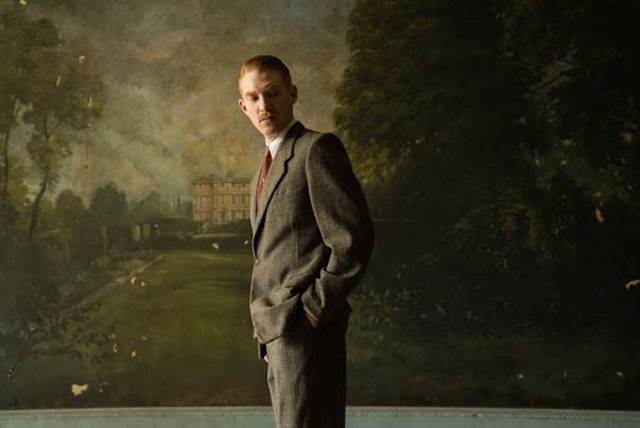 But is there really a ghost at all or are the family simply in desperate need of therapy? Is it nothing more than a series of easily explainable, unrelated coincidences? Or is it something more sinister? Is a psychopath stalking the halls of the old manor house?

Our hero, Dr. Farraday, seemingly wants to help the Ayres family, and it’s not too long before there is a budding relationship between him and Caroline, but his shame about his humble upbringing seem to tear him between subservience to his social betters and a repressed, simmering rage at the inequality of society.

When he first arrives at the house he is made to enter through the servants entrance and at the one dinner party he attends he is treated like the help. Time and again we see him taking meals in the old servant quarters, and he seems more comfortable with the family’s one remaining maid, Betty, than he does with his supposed love interest.

We also discover that Dr. Farraday’s uncomfortableness around the house is not simply due to the difference in class, but also because of something that happened to him in the house all those years ago. Is it then the ghost of Suki, or of the young doctor, haunting the manor?

Eventually the letter “S” appears scrawled on the walls of the house everywhere something has happened. The mother is quick to believe her daughters spirit has come back to her, and she welcomes it with open arms. However, the good doctor’s first name – unmentioned throughout the film – also begins with an “S”. Coincidence? Especially with Dr. Farraday’s increasingly manic insistence that everything is fine?

Watch and decide for yourself.

The performances from the entire cast are absolutely incredible; Domhnall Gleeson brilliantly portrays the “the stiff upper lip” doctor; Ruth Wilson as the rational, but increasingly overwhelmed Caroline is absolutely captivating and Will Poulter as Roddy, the horrifically-scarred brother gives a harrowing performance. Charlotte Rampling is, as ever, scene-stealing as the unhinged mother. Liv Hill, in her debut performance, plays the maid with the wide-eyed nervousness of a village girl overwhelmed in her first job, and – as the youngest character – is the only one not burdened by Britain’s pre-war class rigidity, meaning she brings a level of humanity and humour to the role.

To be fair, for some this film might be too slow; it doesn’t offer the jumpscares and shock value of modern horror films, but those who value atmosphere, creepiness and a real sense of dread will love it.

This entry was posted on Wednesday, September 26th, 2018 at 12:20 pm and is filed under Movies. You can follow any responses to this entry through the RSS 2.0 feed. Both comments and pings are currently closed.