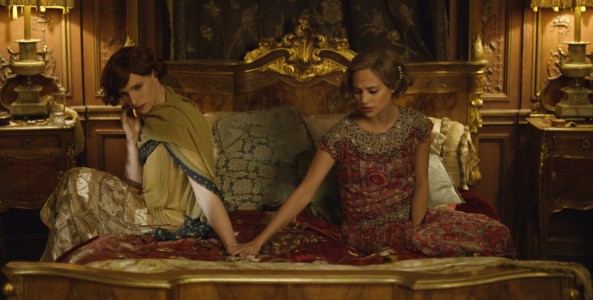 Einar (Eddie Redmayne) and Gerda (Alicia Vikander) are a married couple, living in Denmark in the 1920s. Both artists, his career flourishes while hers struggles to get off the ground until he allows her to paint him as a woman, a turning point for both of them. The joke extends to Einar pretending to be a woman at a ball, but this has released something inside him, the conviction that he’s in the wrong body. Adopting the name of Lili, he starts to live as a woman and desperately searches for a way to become one physically. Doctors come and go, offering varying diagnoses, but one specialist offers to do what seems like the impossible: perform gender re-assignment.

The focus of the film is very much on the two main characters, with many scenes which are simply two-handers. Ultimately, it’s another unconventional love story, but a very different one from Carol. This time it’s about the strength of love, how unconditional love can still be questioning and challenging, but how it also means loving the other person no matter what. At the same time, it shows that love can provide the freedom to be yourself. And Lili is undoubtedly surrounded by love.
The catalyst for the radical change in Einar’s/Lili’s life turns Gerda’s life upside down as well. Her paintings of Lili prove to be popular and she becomes a celebrated artist in her own right, but Einar’s career declines, because every living, breathing moment is taken up with trying to resolve his sexuality. At the same time, Gerda still desperately loves her husband but the lack of physical affection is agony. Yet, she’s still there for him at every turn. 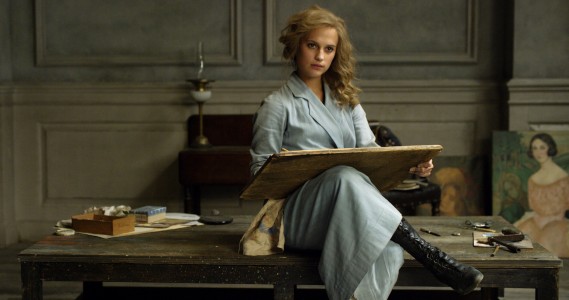 While Redmayne’s been getting plenty of attention, it’s Alicia Vikander as Gerda who’s more likely to pick up a statue or two. This is a massive step up after Testament Of Youth last year and she delivers a superbly emotional and utterly believable performance, one of a spirited, determined woman devoted to her husband but struggles to cope with the change in the man she loves. Yet again, Redmayne reaps the benefits of an outstanding leading lady, just like Felicity Jones in The Theory Of Everything.

This is very emotional film, but not necessarily a dramatic one. Despite the performances at its core, it never quite reaches the heights you expect: it’s constantly on one tone, one level and one pace. That’s not to say it’s boring, but there’s little variation and it could do with some variation. 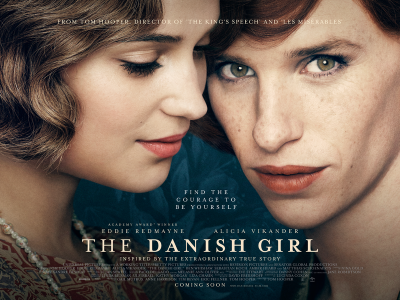 In a year when other award contenders look likely to have the ferocity of The Revenant and the intoxication of Carol, The Danish Girl looks colourless by comparison, rather like the washed woodwork favoured for the film’s interiors. Hooper isn’t necessarily wrong in keeping it on an even keel but he doesn’t seem to grasp that “even” and “flat” aren’t necessarily the same thing.

Tags:  Alicia Vikander Carol Eddie Redmayne Felicity Jones Les Miserables Testament Of Youth The Danish Girl The King's Speech The Revenant The Theory Of Everything Tom Hooper
This entry was posted on Thursday, December 31st, 2015 at 10:20 am and is filed under Movies. You can follow any responses to this entry through the RSS 2.0 feed. Both comments and pings are currently closed.