Film review: The Christmas Chronicles on Netflix from 22 November 2018

The Christmas Chronicles is most certainly the best Christmas movie I have seen to date. Starring Kurt Russell as Santa, The Christmas Chronicles launches on Netflix on 22nd November 2018. Netflix’s notoriously good writers have created once again an original story, which isn’t obvious and not at all cheesy. It’s worth getting a Netflix subscription over the festive period just to watch it. 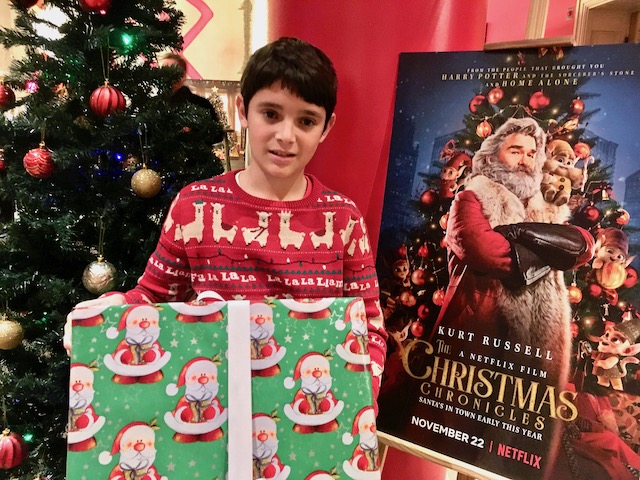 The Christmas Chronicles is a holiday adventure from producer Chris Columbus (who made Home Alone and Harry Potter and the Philosopher’s Stone) and director Clay Kaytis (The Angry Birds Movie), and tells the story of sister and brother, Kate (Darby Camp) and Teddy Pierce (Judah Lewis), whose Christmas Eve plan to catch Santa Claus (Kurt Russell) on camera turns into an unexpected journey that most kids could only dream about!

I am not a big fan of cheesy Christmas movies but I really enjoyed The Christmas Chronicles. It’s an alternative, ironic and hilarious festive tale re-told from the kids’ perspective. True Santa believer Kate and her sceptical teenage brother Teddy are prepared to do anything to find out who Santa is, catch him on camera and capture him. Kurt Russell is everything but cheesy in his portrayal of Santa. He is so believable that you end up visualising Santa with him for life. He’s particularly funny when, along the way, he tells people what they used to ask him for Christmas. He wears the classic outfit but, in a running gag, he complains that the media portray him as a fat old man saying ‘Ho Ho Ho’. 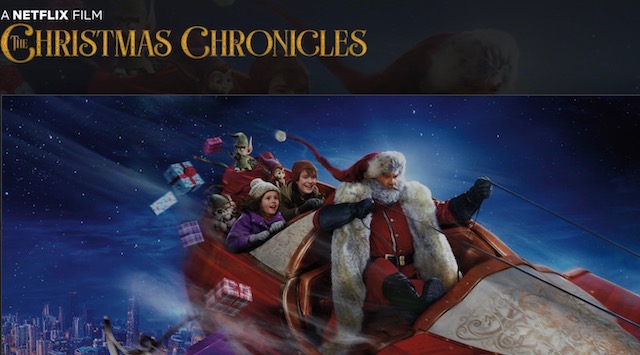 Kurt Russell’s blues-themed musical number Santa Claus Is Back in Town set in jail sung with backup band Little Steven & the Disciples of Soul is fantastic. I bet this soundtrack will be a best seller.

The visual effects are not particularly remarkable but they are not important in this story-driven film.

Santa’s workshop in the North Pole is original and beautiful including a video screen wall that plays kids’ requests and a tall cabinet filled with letters to Santa.

The only down side to this movie is that it is only available to Netflix subscribers. It makes for a great performance on the big screen too. This film will encourage more people to subscribe to Netflix over Christmas – which is the whole point of releasing it only on the small screen!

The Christmas Chronicles is a family movie and is suitable for children aged 8 and above. 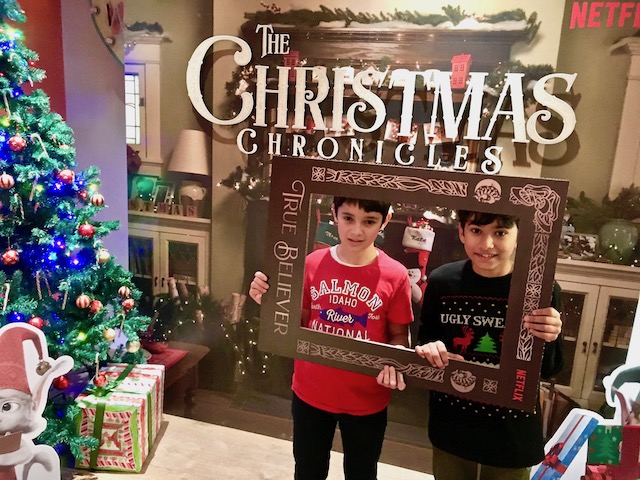 This entry was posted on Monday, November 19th, 2018 at 11:28 am and is filed under Movies. You can follow any responses to this entry through the RSS 2.0 feed. Both comments and pings are currently closed.