On Friday the 4th of March, the most hotly anticipated superhero and action-packed comic book film of the year, The Batman, will hit our screens. 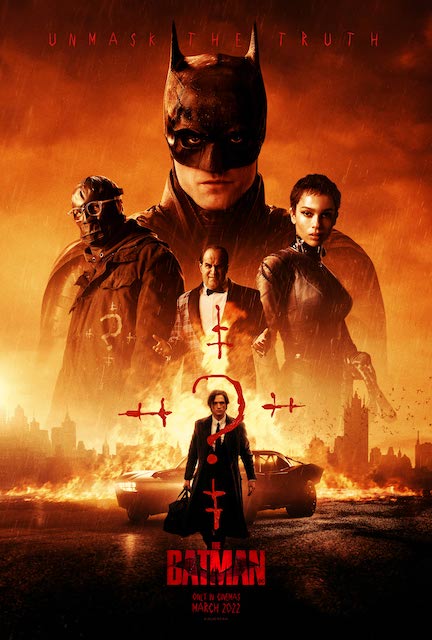 From Warner Bros. Pictures comes Matt Reeves’ The Batman, starring Robert Pattinson in the dual role of Gotham City’s vigilante detective and his alter ego, reclusive billionaire Bruce Wayne.Two years of stalking the streets as the Batman (Robert Pattinson), striking fear into the hearts of criminals, has led Bruce Wayne deep into the shadows of Gotham City. With only a few trusted allies—Alfred Pennyworth (Andy Serkis), Lt. James Gordon (Jeffrey Wright)—amongst the city’s corrupt network of officials and high-profile figures, the lone vigilante has established himself as the sole embodiment of vengeance amongst his fellow citizens. 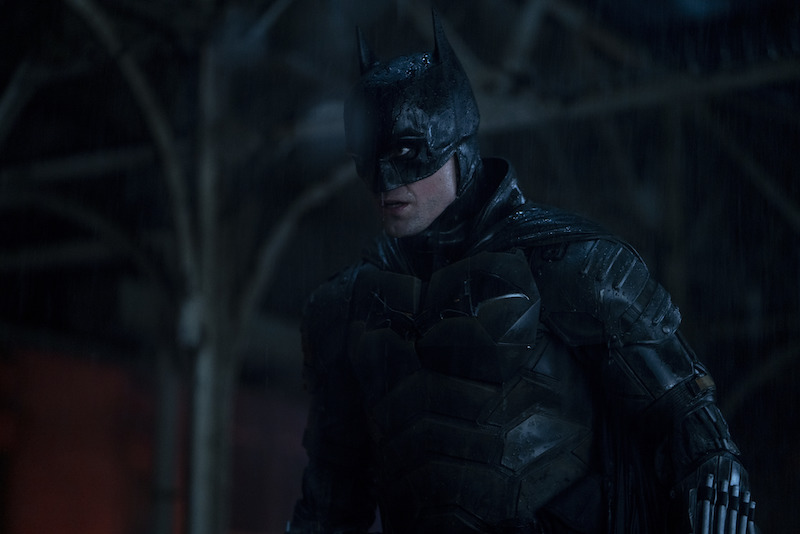 When a killer targets Gotham’s elite with a series of sadistic machinations, a trail of cryptic clues sends the World’s Greatest Detective on an investigation into the underworld, where he encounters such characters as Selina Kyle/aka Catwoman (Zoë Kravitz), Oswald Cobblepot/aka the Penguin (Colin Farrell), Carmine Falcone (John Turturro), and Edward Nashton/aka the Riddler (Paul Dano). As the evidence begins to lead closer to home and the scale of the perpetrator’s plans becomes clear, Batman must forge new relationships, unmask the culprit, and bring justice to the abuse of power and corruption that has long plagued Gotham City. 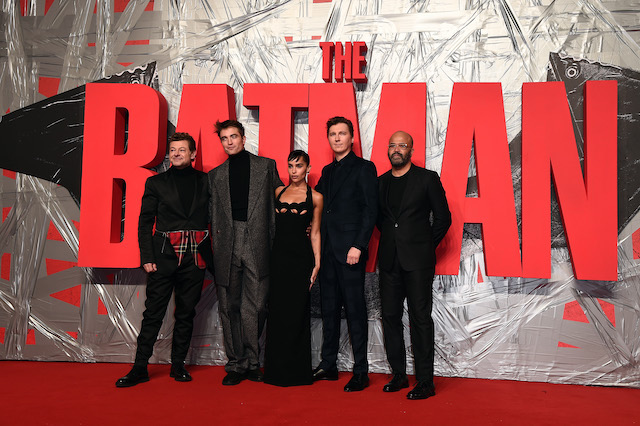 The Batman is well shot with epic photography including a scene in which Batman is chasing the Penguin in the new and most advanced Batmobile of all times. In one incredible scene at the end of a chase, we see Batman surrounded by a big fire from the upside-down perspective of the Penguin. Just brilliant!

The Batmobile is Batman’s awe-inspiring signature vehicle. Combining brute force with high-speed ferocity, this staggering feat of engineering provides The Batman with the on-road muscle to chase down his fiercest foes. Also in his vehicular arsenal is the Batcycle, The Batman’s sleekest mode of transport, perfect for allowing the hero to race through Gotham’s streets at breakneck speeds.

To create the latest Batmobile model, the director and designer watched the evolution of the vehicle, from its early days in the original comics, through the mid-century models of the TV series to the pumped-up sports cars on steroids of the films of the late 20th and early 21st centuries.

If we look closely at our protagonist, Bruce, we can immediately figure that he is single-minded in his mission and his construction of the car is all about function: if it’s useful, he keeps it; if it’s extra, he throws it out. The producers loved the idea of him using parts of a classic American muscle car as the foundation, and then adding the custom frame, amped-up engine, the armour, and so on. Bruce has built this Batsuit for function but also to instil fear, and to deliver that same level of signature look in the car.

The Batman Batmobile is matte black all over, with a design that tips its hat to the original Batmobile from the 1960s TV show via red lighting and wings at the rear. A solid steel bumper is attached to a steel frame that runs through the whole car, enabling it to crash through anything in its path, and the massive engine that powers the car is exposed when the car powers up.

The best thing about the project was that everything we see the car do is done in real time. There are no computer-generated graphics; what you see on screen is all down to the skill of the stunt team.

In terms of actors’ performances, Pattison is good but he reminded me too much of his performance of the Vampire. Also there isn’t much chemistry between Batman and his love interest Catwoman in this film. 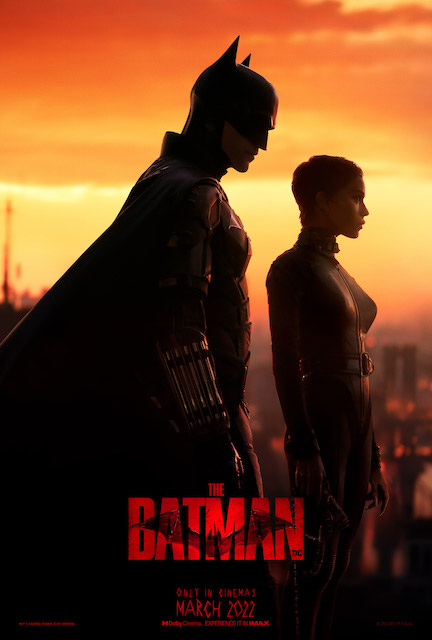 If you try to compare Pattison with Christian Bale in Batman Begins, he is not too convincing as Batman. However, he is a lot more convincing than his predecessor Ben Affleck.
On the other hand, Colin Farrell as the Penguin is absolutely convincing. He has gone through the most incredible transformation to become the Penguin. I did not recognise him at all. 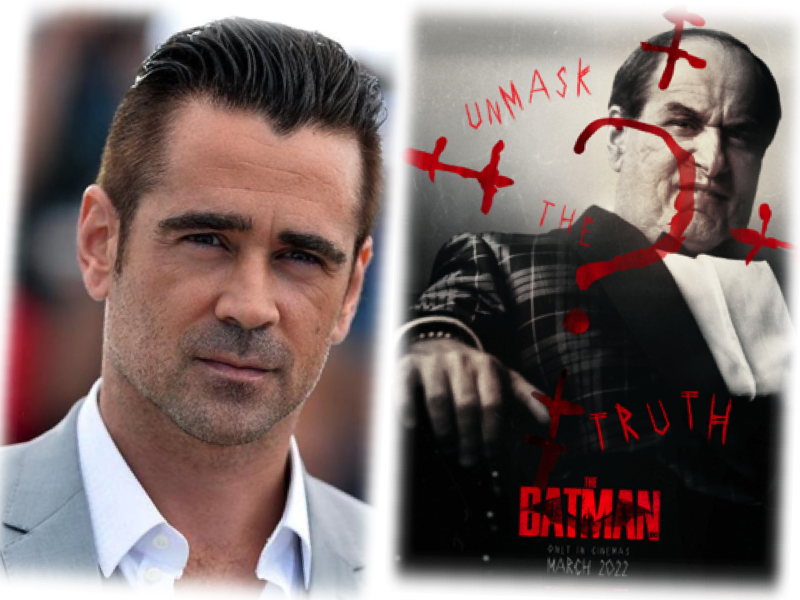 Prosthetics makeup designer Mike Marino was charged with creating The Penguin’s prosthetics. He took inspiration from some older gangsters as well as the original comics and put them all together. In the end, Penguin has become this strange mob character: a scarred, grizzled heavy guy with maybe an insecurity or two. That insecurity might be derived from The Penguin’s pockmarked face and slight subliminal beak-shaped nose, visible in profile. Over a process lasting some three hours, Farrell gradually transformed into The Penguin, with individual pieces comprising nose, upper lip, chin, brows and earlobes, made up each day and glued onto the actor’s face and neck.

“Once the pieces were glued on, we would start painting it, airbrushing different tones and colours to match the skin tone as closely as possible,” said Marino in a recent interview. “Then stubble would be added next, then the eyebrows and the wig pieces. I couldn’t have asked for a better person than Colin to be in the makeup, because his personality is so unique and he did some really interesting things with his face, and added a sort of limp, and it really made The Penguin come alive.”

The soundtrack is excellent. From Schubert’s Ave Maria to Nirvana’s Something In The Way and a handful of requiems and concertos, Reeves’ The Batman is infused with a haunting, nocturnal sensibility that reflects the deepest nature of Bruce Wayne in his second year of taking to the streets of Gotham as a vigilante working through his rage and a detective working to solve a deadly threat to his city.

For the score, Reeves reunited with composer Michael Giacchino. He told Robert Pattison that before shooting the scenes, he wanted to see him looking in the mirror, Batsuit on, and he want him to put the makeup on. That music helped him to become Batman, and so they listened to that music all the time.

Matt has created a film in which the vengeance side of this hero drives him. Destruction and rage factor heavily into his journey and he has to come to terms with that and understand that he has to become a symbol of hope. It’s in that symbol of hope that Batman represents that’s most needed today.

Robert Pattinson also sees this different, exciting spin to the story and finds the emotional pay-off an interesting reversal. “In previous films, Batman thinks the symbol of Batman and what he’s achieved will inspire the city to have a more optimistic outlook and create a brighter future,” said the actor.

“In Matt’s story, Batman is committed to the darkness and nihilism; he doesn’t think that Gotham City is capable of healing itself, but is rather on a downward spiral, and that he’s just fighting a hopeless battle that will end in defeat. I always liked the idea of Batman allowing himself to hope a little bit at the end, which is probably the most painful thing that he has to do, because he has closed himself off from feeling anything. So, it’s actually Gotham that opens him up to the possibility of hope.” 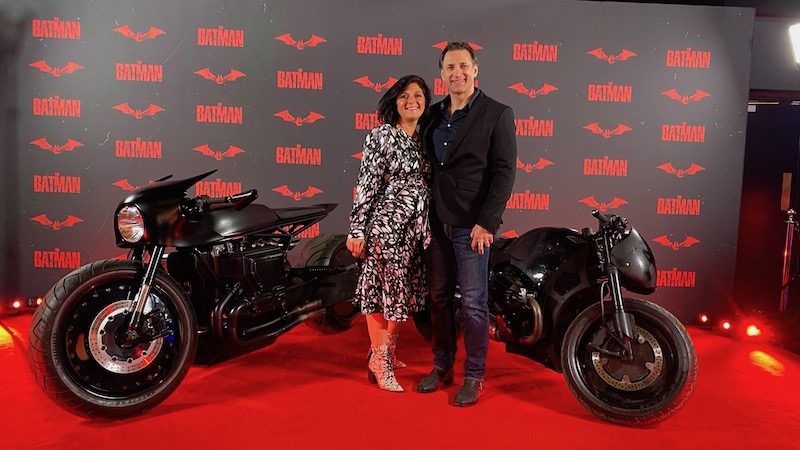 Certificate: The Batman is rated PG-13 by the MPA for strong violent and disturbing content, drug content, strong language, and some suggestive material. London Mums agree with this certificate. Viewing is not recommended for younger children.

The film is set to open in cinemas in the UK on 4 March 2022 distributed worldwide by Warner Bros. Pictures.

This entry was posted on Monday, February 28th, 2022 at 5:08 pm and is filed under Movies. You can follow any responses to this entry through the RSS 2.0 feed. Both comments and pings are currently closed.