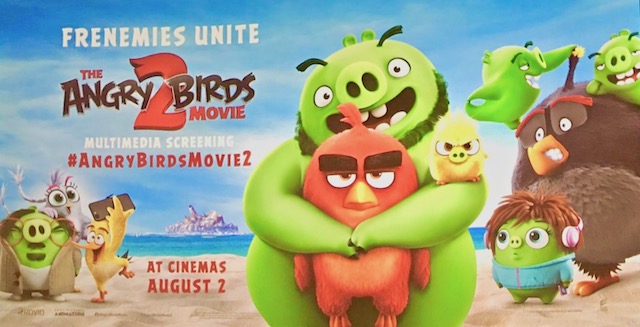 The flightless angry birds and the scheming green piggies take their beef to the next level in The Angry Birds Movie 2! When a new threat emerges that puts both Bird and Pig Island in danger, Red (Jason Sudeikis), Chuck (Josh Gad), Bomb (Danny McBride), and Mighty Eagle (Peter Dinklage) recruit Chuck’s sister Silver (Rachel Bloom) and team up with pigs Leonard (Bill Hader), his assistant Courtney (Awkwafina), and tech pig Garry (Sterling K. Brown) to forge an unsteady truce and form an unlikely super team to save their homes.

London Mum Bibi and her 11 and 13 year old boys Leo and Oliver sent in their verdict on The Angry Birds Movie 2:

‘We had a really great time and a good laugh, the boys used to enjoy playing the angry birds games so they are familiar with the characters.  Epic fun and adventure with Red, Bomb, Chuck and their feathered friends. 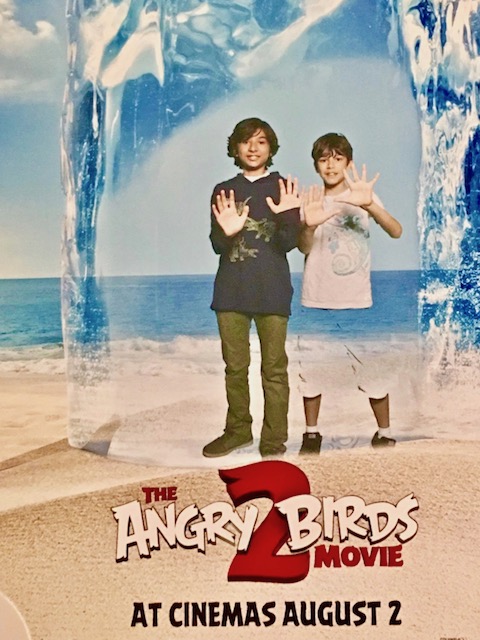 The angry birds enemies, ‘the green pigs’ found out that some other aggressive birds from an ice island are trying to invade and take over both angry birds and green pig islands.  They had no choice but to put aside their differences and fight to save their homes and families.  There’s a lot of action and adventure,  cheesy jokes, catchy music and dance moves, love and hate relationship and friendships.  Oliver favourite parts were the dancing and Leo adores the baby fluffy birds.  They had a lot of fun in the foyer too, loads of delicious cakes, fruits, sweet treats. 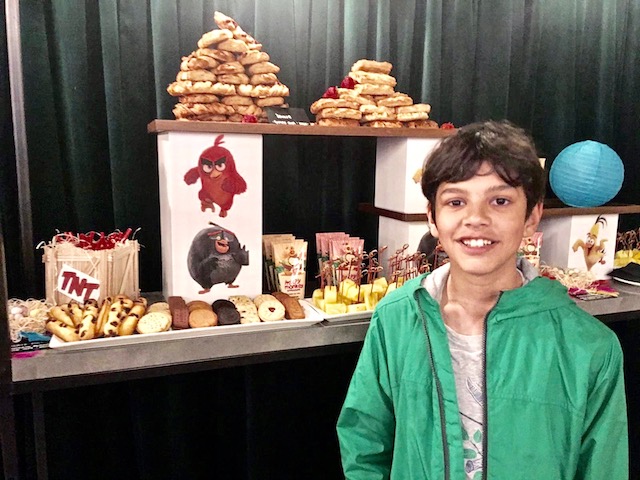 There’s a lot of action and adventure which I find very funny, we love the catchy music and dance moves, love and hate relationship and friendships.  Oliver favourite parts were the dancing and Leo adores the baby fluffy birds.
They had a lot of fun in the foyer too, loads of delicious cakes, fruits, sweet treats.  What a fun morning and a fantastic movie.  I would most definitely recommend it to friends, families and colleagues.’

Check out other family films’ reviews.

This entry was posted on Friday, August 2nd, 2019 at 10:23 am and is filed under Movies. You can follow any responses to this entry through the RSS 2.0 feed. Both comments and pings are currently closed.