When Disney confirmed my seat at the press screening of Star Wars: The Force Awakens, I jumped for joy. I was 7 when the first Star Wars film came out in 1977 so I can say that the Star Wars saga has accompanied me throughout the best years of my life. It is an emotional return for many. The adventures of Luke Skywalker, Princess Leia, Han Solo, Anakin / Darth Vader, Obi Wan Kenobi, Yoda and even the droids R2D2 and C3PO have been present in our lives for almost 40 years. It’s been a decade waiting for Star Wars: The Force Awakens and it’s finally here. Episode VII in the Star Wars Saga opens in cinemas in the UK and Ireland on Thursday 17 December, 2015.

Most cinemas are already sold out for the first few weeks, despite some like Odeon adding £2 surcharge on tickets. I recommend to check prices online before booking your tickets if you have more than one cinema to choose from. 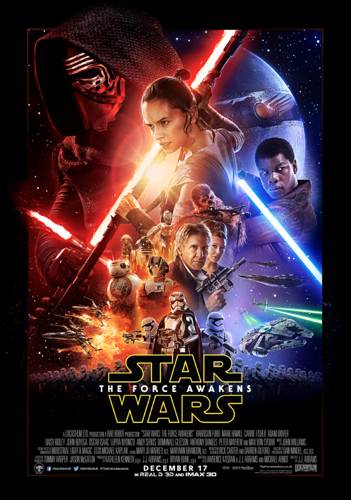 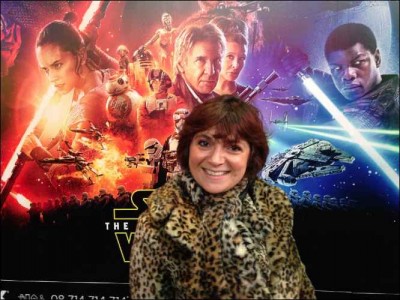 The screenplay is by J.J. Abrams & Lawrence Kasdan and Michael Arndt.

John Williams returns as the composer. His original soundtrack for the entire saga is pretty memorable and iconic piece of music. George Lucas is one of the most innovative directors of all times and famous not just for the incredible Star Wars storytelling that came out of his own imagination but also for introducing classical music in sci-fi movies.

If you are already a fan of Star Wars, I don’t need to explain why the saga is so appealing above and beyond sci-fi fans. But if you are a Star Wars newbie, well, let me tell you that the success of Star Wars is about the universal appeal of the stories of people finding their way in the world in a galaxy far far away. Star Wars stories are some of the best fairytales ever written. George Lucas always wanted to make movies about his own childhood fantasies and he managed to fulfill his dream while taking millions of people along in his journey.

The stories of the Skywalker family and their friends are universally appealing and have nothing to do with our reality as traditional fairytales should be. Lucas once said that he was influenced by the Wizard of Oz and Flash Gordon when he wrote and produced A New Hope. 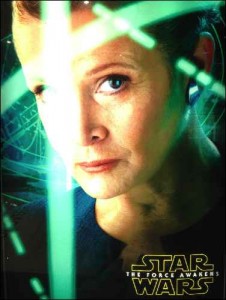 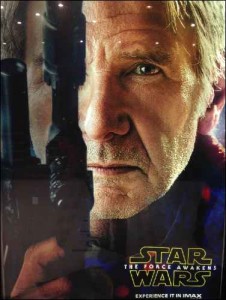 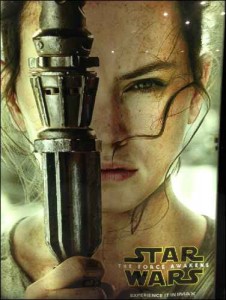 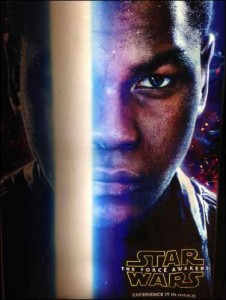 Star Wars – The Force Awakens is going back to the stories that the people feel intensely about, it explores what happens to those characters we all fell in love with while also introducing new compelling tales and personalities. The passion behind this film is palpable. It’s probably because every single person working on the new movie has been a huge fan of the Star Wars films.

I won’t be giving too much away – spoilers would ruin it for you so keep reading this article with no fear as I won’t reveal crucial details or the ending. As always with Star Wars movies, you won’t be disappointed because the stories are still very gripping and written in the true spirit of the original tales. 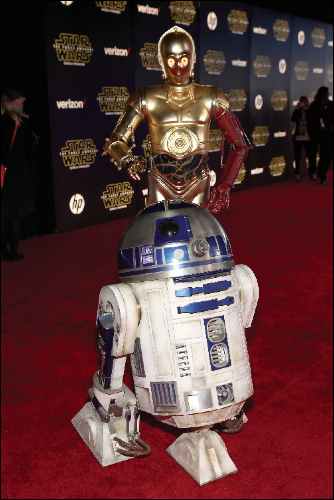 Let’s just say that this 7th installment has all the ingredients Star Wars fans would want to include: the beloved characters from previous episodes, new characters who have too much Vader’s blood running in their veins, and others who clearly have the Jedi powers without knowing it, the typical Star Wars humour that makes you forget the violence, the warm-natured droids fixing things and people’s lives at times. 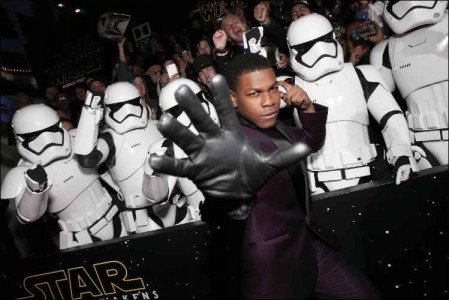 The whole story revolves this time around the quest to find the last Jedi standing Luke Skywalker who has been hiding for a long time for failing to create new Jedi recruits who would restore piece in the galaxy against the First Order led by Kylo Ren, the new villain who wears a mask like his hero Darth Vader. The new main characters include a Stormtrooper who leaves the First Order and abandons his uniform in a desert to escape a life imprisoned in a soldier suit, and of course Rey, a girl who lives from the profits she makes from selling spare parts hidden in the relics of old spaceships (including the Millennium Falcon). Rey becomes the leading new female heroine who plays a crucial part in the new quest along with a new droid called BB-8.

There’s only one bitter piece of storyline that fans of the saga will be sad about, indeed a death, but that makes sense to ensure continuity in the Star Wars franchise and the Skywalkers’ family saga.

Here is my vlog filmed at the UK media premiere in London with my first reactions to the movie.

The Empire Leicester Square, where the UK media pre-premiere was held yesterday, was filled with journalists who clearly had passion for Star Wars and wooed and laughed almost in chorus when the old characters appeared on screen for the first time. 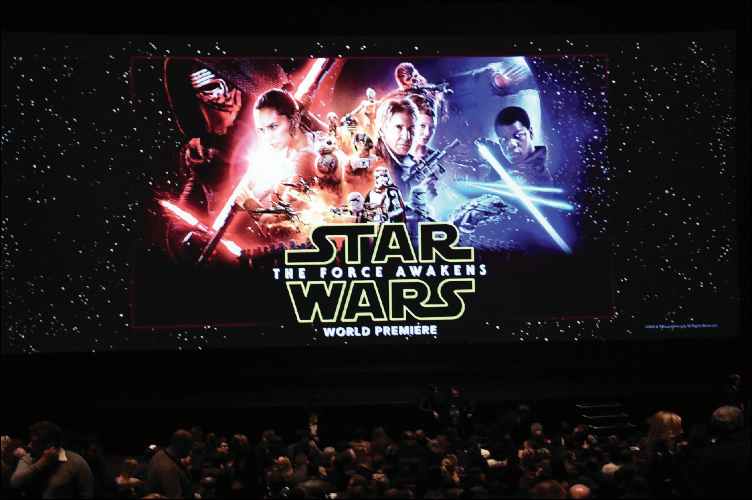 The special effects on this sequel are more respectful of George Lucas’ tradition hence more promising for old-school Star Wars fans. One of the biggest complaints with the Star Wars prequels from the late Nineties and early 2000s was that George Lucas’ production team overused computer animation. Instead of puppets and droids, most of the characters and scenery were designed in a computer including the iconic Yoda puppet which was replaced with a CGI character. But as confirmed by many actors on the new set, much of what is used to create the monsterish characters and spaceships in episode VII was real. It’s physical and apparently there wasn’t a lot of green screen. Even the storm troopers are all real people in real costumes while in the prequels, the clone troopers were all CGI. This clearly shows that JJ Abrams has gone back to the roots of what made the original Star Wars movies so brilliant. And as the story definitely stands up to the original films too, this film will become iconic in film making history.

Episode VII was given 12A certificate for including violence and quite rightly so. The first films had a U (universal) rating as the violence wasn’t as bad and visual. However my 9 year old son is a huge fan of the saga and has seen all six movies which is why I have decided to let him see the new film despite the 12A certificate. 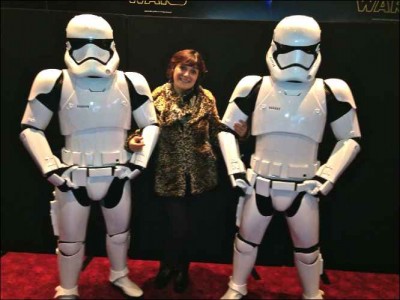 Episode VII gets my full rating because it ticks all the boxes for the perfect Star Wars comeback movie – exactly what fans have been waiting a decade for!

Spectacular, emotional, humorous and gripping! Most certainly the best sci-fi adventure movie of the year and probably of the next few years!

You will leave the cinema fully satisfied and hungry for more. Let’s hope we won’t have to wait another decade to see episode VIII.

All Star Wars super fans will hang out over Christmas at these social media:

May the Force be with you!

This entry was posted on Wednesday, December 16th, 2015 at 8:05 am and is filed under Movies. You can follow any responses to this entry through the RSS 2.0 feed. Both comments and pings are currently closed.