Remember Spooks?  If so, you’re in good company: some 9 million people tuned in to it during its heyday, so the team behind Spooks: The Greater Good, which is released on Friday, certificate 15, must feel they’re on to a winner.

Some familiar faces from the series are back – most importantly Peter Firth as Harry Pearce – but adapting a TV show for the big screen is notoriously full of pitfalls.  And, with so many fans looking forward to its arrival, will there by anything for those who are new to it?  London Mums’ film critic, Freda Cooper, has the film under surveillance …… 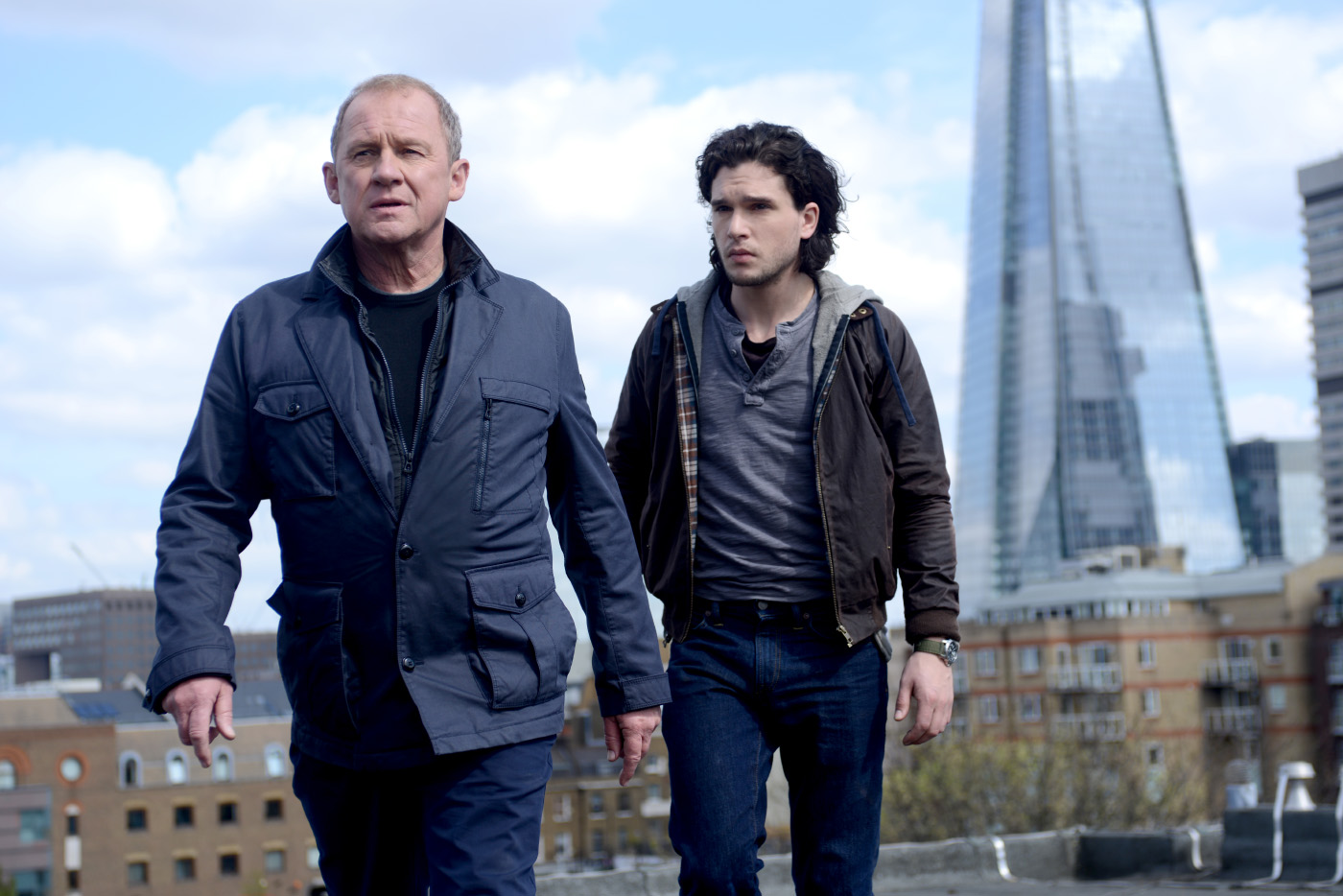 When terrorist Adem Qasim (Elyes Gabel) spectacularly escapes from MI5 custody, Harry Pearce (Peter Firth) takes the blame and the fall – and then disappears.  But Qasim’s escape has called MI5’s whole operation into question, so former agent Will Holloway (Kit Harington) is brought back to the UK to find out what’s happened to Harry.  Discovering that his one-time boss has gone rogue, Will finds himself having to choose between turning Harry in or following where he leads ……

I have to confess that somehow the TV series passed me by, so I came to the film completely cold.  And it meant that the references to characters from episodes of Spooks gone by were more or less lost on me.  Not that it prevented me from following the storyline, but it did rather point to the film being aimed at fans.

But it has to be said that the plot, with all its twists, is difficult to follow and that’s down to the scriptwriters. Thankfully, they’ve not committed the customary sin of stretching a TV show to fit about 100 minutes, but they’ve heaped double cross upon double cross with such dizzying speed and frequency that they soon become predictable.  And the plot groans under the pressure, resorting to scenes that are simply too far-fetched.  Just watch Will tracking down Harry at Heathrow and you’ll see what I mean. 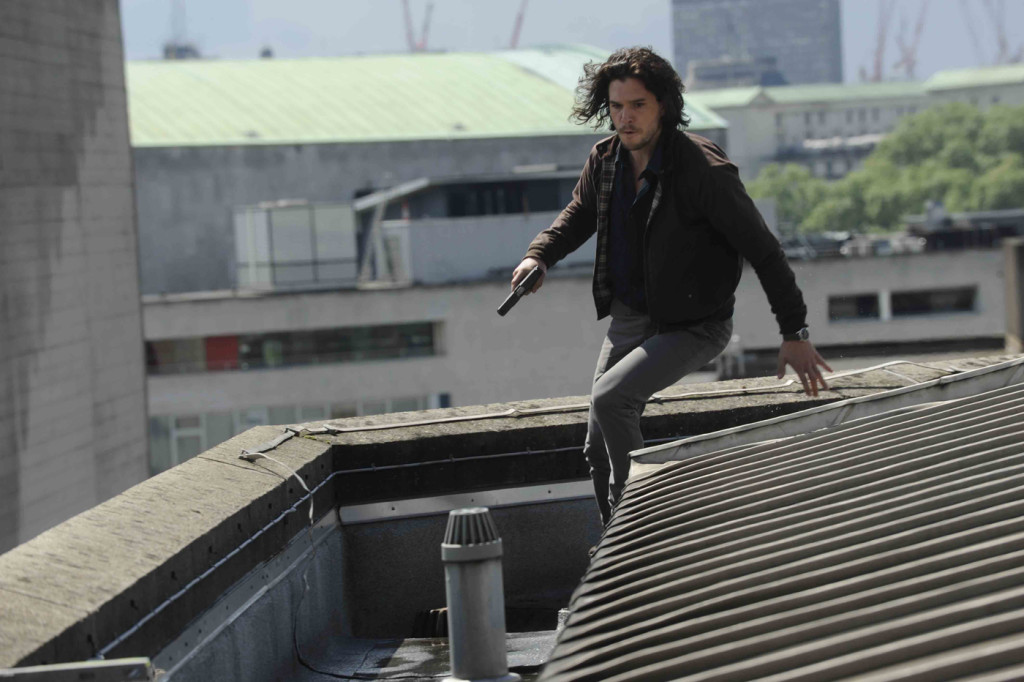 While the film retains some of the characters from the original, it also introduces new ones, played by a more than decent line up of actors.  Game Of Thrones’ Kit Harington for one, David Harewood and Jennifer Ehle.  But they’re not exactly encouraged to make full use of their talents, especially when the words they’re asked to speak can’t even be described as dialogue.  That implies talking to each other and that’s exactly what they don’t do.  Everybody talks at each other so there’s no real sense of connection between any of the characters – and they certainly don’t connect with the audience either.  Which means that you don’t really care what happens to them.

The film’s London setting, however, shows the city at its very best, even in the rain. There’s some great shots of The Shard shimmering silver in the sun and one especially good aerial view of the new Oxford Circus, with X marking the spot – a shot that made the film’s director decidedly queasy while shooting the scene from a helicopter. Not that you can tell.  Other locations are scattered liberally around the film – Waterloo Bridge, the National Theatre and the like – so you can brush up your London geography if you find the action on the screen isn’t holding your attention as it should. 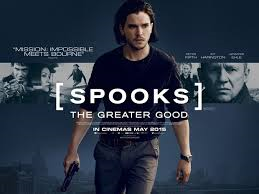 For all the excitement surrounding the film’s release, strip Spooks: The Greater Good of all its high tech wizardry and there isn’t much left underneath other than a rather old fashioned spy thriller.  And a very average one at that.  Fans of the original series will no doubt be delighted to see their favourite on the big screen, but anybody new to the Spooks circus will simply be wondering what all the fuss is about.

Spooks: The Greater Good is released in cinemas on Friday, 8 May 2015.

Tags:  David Harewood Jennifer Ehle Kit Harington Peter Firth Spooks Spooks:The Greater Good
This entry was posted on Tuesday, May 5th, 2015 at 11:15 am and is filed under Movies. You can follow any responses to this entry through the RSS 2.0 feed. Both comments and pings are currently closed.