To say that Spider-Man: Far From Home is awesome is certainly an understatement! For me personally it is the best movie of the year so far (even better than Endgame) and I doubt that there will be a better film to make me as happy as this anytime soon. Read my review to find out why I liked it so much. 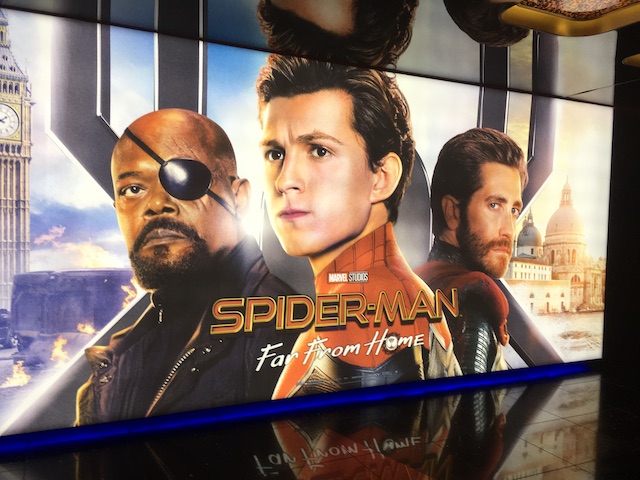 Peter Parker returns in Spider-Man™: Far From Home, the next chapter of the Spider-Man™: Homecoming series! Our friendly neighbourhood Super Hero decides to join his best friends Ned, MJ, and the rest of the gang on a European vacation. However, Peter’s plan to leave super heroics behind for a few weeks are quickly scrapped when he begrudgingly agrees to help Nick Fury uncover the mystery of several elemental creature attacks, creating havoc across the continent!

This latest instalment of Tom Holland’s Spiderman directed by Jon Watts from a script by Chris McKenna and Erik Sommers is really fantastic. I loved it so much that it gets my top rating. I’d dare say that this is the best Spiderman movie of all times with a great unpredictable twist.
It’s also the Spiderman who reminds me the most to the character from the original comics and cartoons which I grew up with.

I like Peter Parker in Spider-Man: Far From Home for the same reason I liked Miles Morales in  Spider-Man: Into The Spider-Verse.

He’s a teenager and his most recent movie incarnations have emphasised his youth. Tom Holland, the British actor who has played Spider-Man since 2016, recently turned 23, but he is credible as a 16-year-old New York City high school student.

Without giving away spoilers, it’s fair to say that Far From Home can be seen as a sequel of the Iron Man franchise. 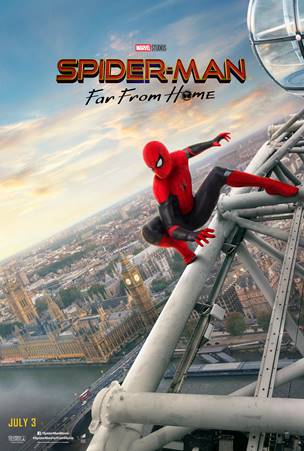 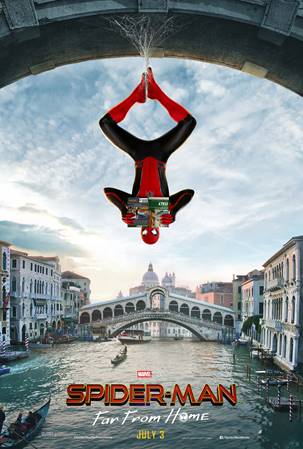 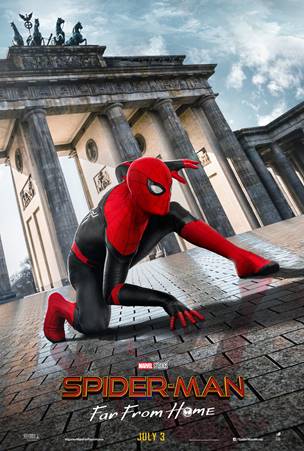 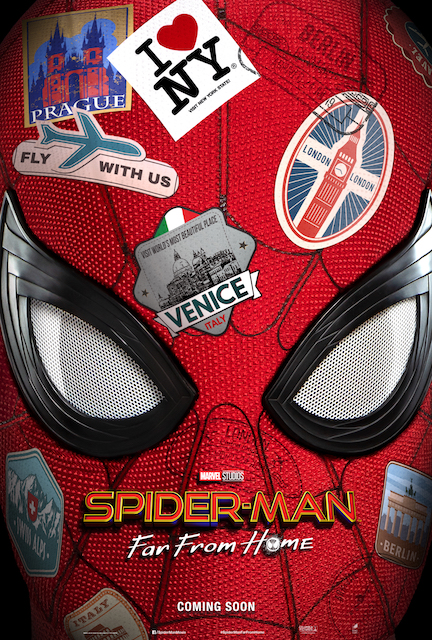 The opening scenes recap that what happened to the Avengers (in Endgame) and explains the Blip, the consequences on people of being frozen in time while Thanos was defeated. The reversible apocalypse is told by Peter Parker’s fellow students at Midtown High School in a cute video presentation. Peter is still in love with MJ (Zendaya) and lives in Queens with his Aunt May (Marisa Tomei) who is now in love with Happy, Iron Man’s friend and former security guy (Jon Favreau). Everyone is getting ready for the school trip to Europe (Venice, Paris / Prague and London) and Peter is not very keen on any superhero adventure so he rejects all Nick Fury’s calls.
It seems all cool until the next super-villain shows up. I won’t say much about him to avoid spoiling the whole movie, but the bad guy’s motives are diabolical and megalomaniac, all linked to his grudge against Tony Stark. Robert Downey Jr. is not in Far From Home, but his image frequently pops up, because Peter still sees Stark/Iron Man as a father figure and a mentor and misses him a lot, but also because Tony’s personality cult is stronger than ever in people’s imagination.

Spiderman has always been Iron Man’s sidekick and in Far From Home, he feels a bit lost without his mentor even after being handed Iron Man’s high-tech sunglasses. We have to remember that Peter is still a teenager and thinks like one. He is not ready for a big superhero role. He only thinks of kissing his sweetheart and giving her a token of his love (a charm).

It’s a good thing that Happy is still around to help Peter make the right decisions and use the Stark private jet to get him out of dangerous situations, though.

Jake Gyllenhaal’s performance as Mysterio is very good. I won’t spoil the movie by giving away details about his character, but he is very entertaining. 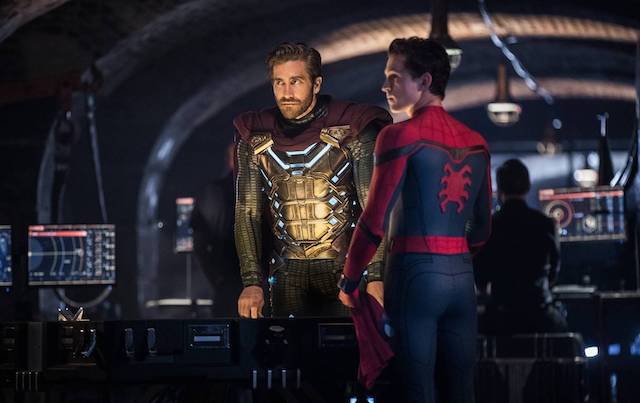 Far From Home ends with interesting mid- and post-credits suggesting that there will be a lot of movies like this coming up soon.

The child reporters from our kids’ club loved Spiderman’s new suit and think that it’s so much better than the well-known red suits. This film will definitely appeal to not only loyal Spider-Man fans (like me) but to high school kids visiting Europe this year. We all enjoyed the action-packed journey through European cities although I cringed while Venice was being smashed.
One of the mums in attendance said: ‘My only wish was that Spider-Man had spiderwebbed our Houses of Parliament instead of poor old Tower Bridge. Our Parliament needs a bit of shaken up, Spider-Man Style (giggle)’. 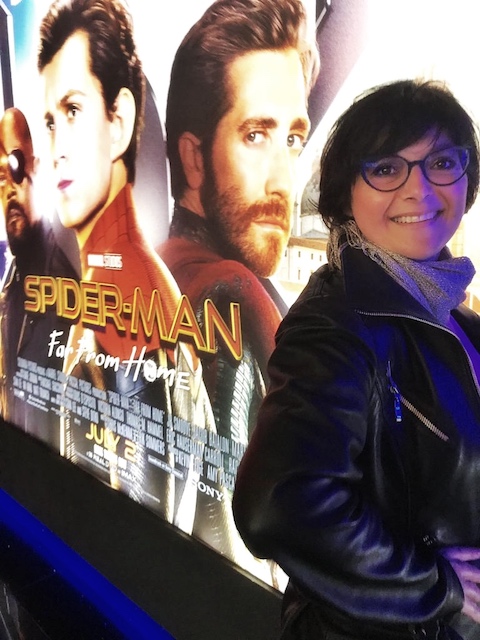 Film Review: Spider-Man: Into The Spider-Verse

How to draw Comics in easy steps: Spiderman and & other characters

This entry was posted on Monday, July 1st, 2019 at 2:53 pm and is filed under Movies. You can follow any responses to this entry through the RSS 2.0 feed. Both comments and pings are currently closed.