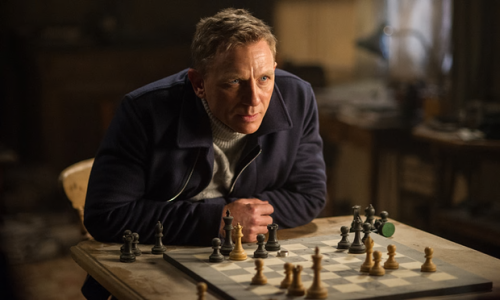 As James Bond storylines go, this is probably one of the more straightforward ones. 007 (Daniel Craig) is following a trail left by M (Judi Dench) to track down the organisation behind both her death and a lot of his most recent enemies .  He’s under pressure from HQ as well, not just because he never does what he’s told, but because a move to co-ordinate security on an international basis means the 007 programme is being closed down.  And that means the new M (Ralph Fiennes), as well as Bond himself, could be out of a job.

Early reviews for the film talked a lot about Bond looking jaded, tired of the whole espionage circus, but that doesn’t really show itself until the end of the film.  He is, however, very much a haunted man, unable to shake off the ghosts of the original M, Vesper Lynd and the enemies he’s defeated in his more recent outings.  And that sense of him looking over his shoulder to the past appears in another form, his original Aston Martin, although it has seen better days.

But Bond fans will be expecting three things: action, gadgets and beautiful women.  It certainly scores on the action front with a prolonged opening sequence that’s filmed as one long take.  The setting in the Day Of The Dead in Mexico City, with its processions and dramatic skeletal costumed, all of which is expertly choreographed.  It’s only when the action moves to the air – in a helicopter, to be precise – that it doesn’t look so great.  Despite the eye watering budget of around £200 million, the joins definitely show in some of airborne fights and it’s a disappointment, to say the least. 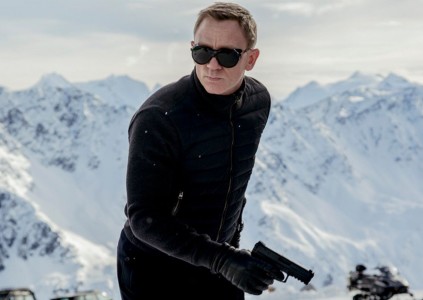 The film stays happily within the confines of its 12A certificate, with just a limited amount of blood, but there’s still plenty of action away from the start.  The final sequence makes good use of real time and, sandwiched in between, there’s car chases and fights, with Bond being pursued by the near-silent heavy Mr Hinx (Dave Bautista, aka Drax from Guardians Of The Galaxy).  But this is a comparatively talky Bond movie and that’s no disadvantage, given the smart script with plenty of the characteristic flippant humour.

The gadgets are few and far between and belong very much to the loveably geeky Q (the perfectly cast Ben Whishaw).  That’s because the emphasis is on computer technology, particularly of the security and surveillance variety.  And there are just two women – I won’t call them “Bond girls” – with significant roles.  The glamorous Monica Bellucci, who gets Bond started in his quest to track down Spectre, and Lea Seydoux, who has her own reasons for helping him.  In truth, Bellucci only appears in a couple of scenes, while Seydoux does have some action to herself, but is let down by having to play the damsel in distress as well. 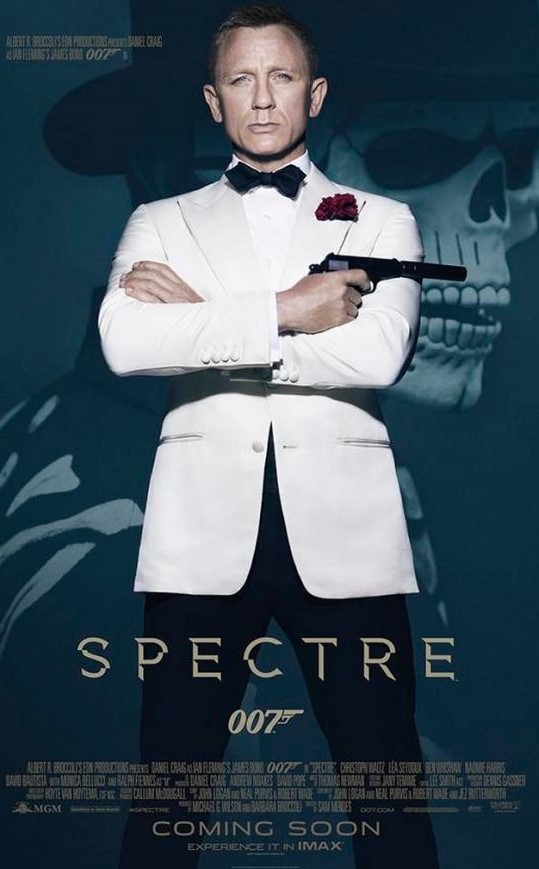 Spectre is a strong action thriller, with some especially good visuals – and some that let it down.  But its cast, many of them Brits, attack the script with relish and on the whole it makes for an entertaining visit to the cinema, even if it could do with a bit more tension.  Bear in mind, though, that it’s just a smidge under two and a half hours long, which could be a big ask for younger filmgoers.

Spectre is currently in cinemas nationwide and will be reviewed on Talking Pictures on Thursday, 29 October 2015.

Tags:  007 Ben Whishaw Daniel Craig Dave Bautista Guardians Of The Galaxy James Bond Judi Dench Lea Seydoux M Monica Bellucci Q Ralph Fiennes Spectre
This entry was posted on Thursday, October 29th, 2015 at 12:45 pm and is filed under Movies. You can follow any responses to this entry through the RSS 2.0 feed. Both comments and pings are currently closed.