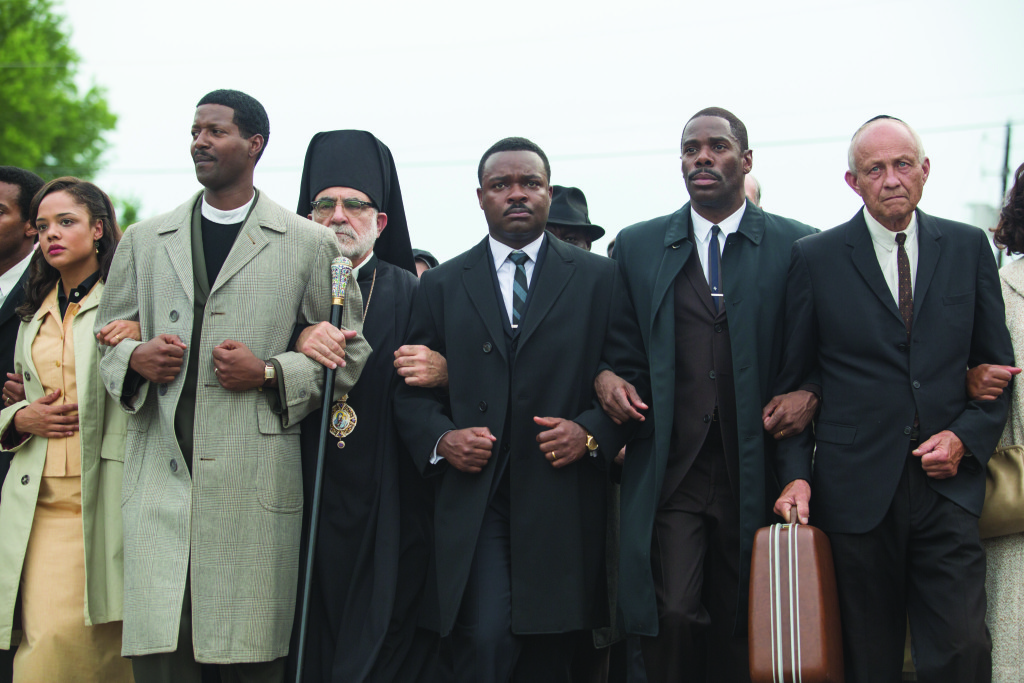 It’s 1965, the height of the US civil rights movement.  Although legally the black population has the right to vote, rules imposed by the authorities in the Southern states mean that, in practice, only 2% of them are actually able to take part in elections.  The campaign to make such restrictions illegal culminates in a march from Selma to Montgomery in Alabama, led by Martin Luther King.  But the first attempt hardly makes it out of town and ends in violence, with the marchers attacked by state troopers and the police.  A second attempt sees the march take place peacefully, so that King is able to make a speech outside the governor’s building in Montgomery – the governor being the segregationist, George Wallace.

Selma has raised more than a few eyebrows for several reasons.  The outcry continues over its unexpectedly poor showing at the Oscar nominations – just two nods.  And director Ava DuVernay has taken the unexpected step of casting three Brits in the film’s main roles.  Hollywood’s favourite British elder statesman, Tom Wilkinson, plays President Johnson, while Tim Roth is Governor George Wallace of Alabama.  The results are variable.  Wilkinson cleverly combines political canniness with presidential stature, but Roth’s performance gets stuck in a groove of slyness and never gets out.

The film stands or falls on the actor in the role of Martin Luther King, and the third Brit, David Oyelowo, is more than up to the task.  As the public leader, he has all the presence, stature and magnetism to galvanise his followers.  Away from the crowds, we see his other side, full of self-doubt and falling prey to his weakness for other women that nearly destroys his marriage.  It’s a powerful piece of acting and Oyelowo is definitely a talent to watch for in the future. 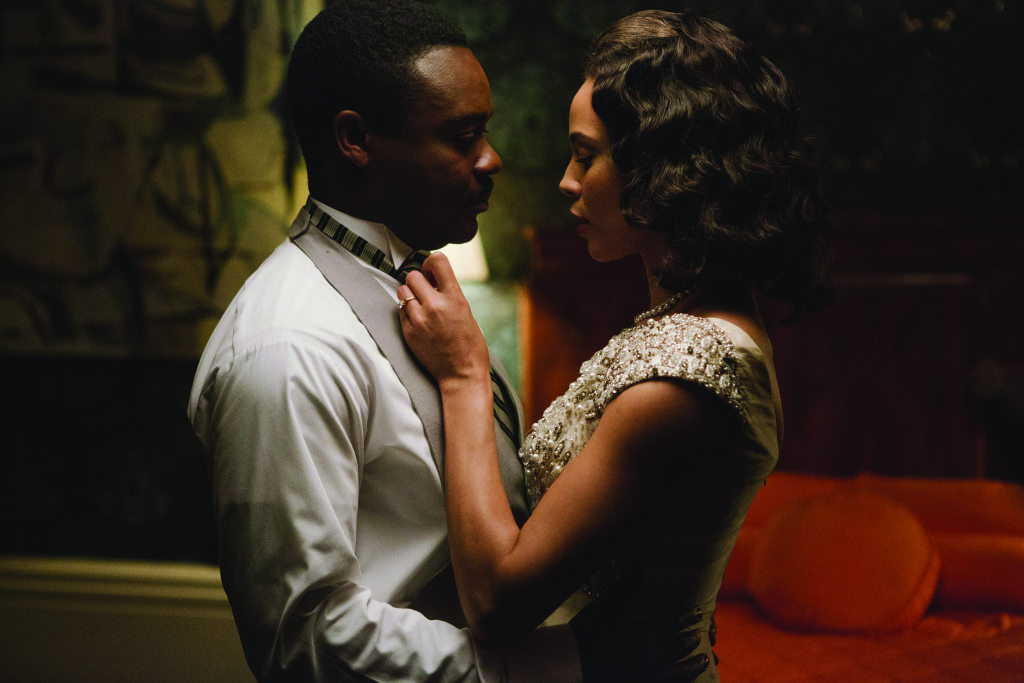 DuVernay herself is a bold choice as director, bringing her documentary background to the film in the shape of archive footage from 1965.  It’s a strong reminder that the events on the screen really happened and that they’re within living memory.  And it gives the set pieces, especially those involving racist violence, even more impact:  the blowing up of a church, which kills four little girls, is all the more distressing and the event lingers just under the surface of the entire film.

She also brings a freshness to the film, introducing new faces into the cast, including several rappers.  This never prevents the film from being respectful in tone and aware of the story’s significance, but it does help it stay well away from being over-reverential or sentimental. 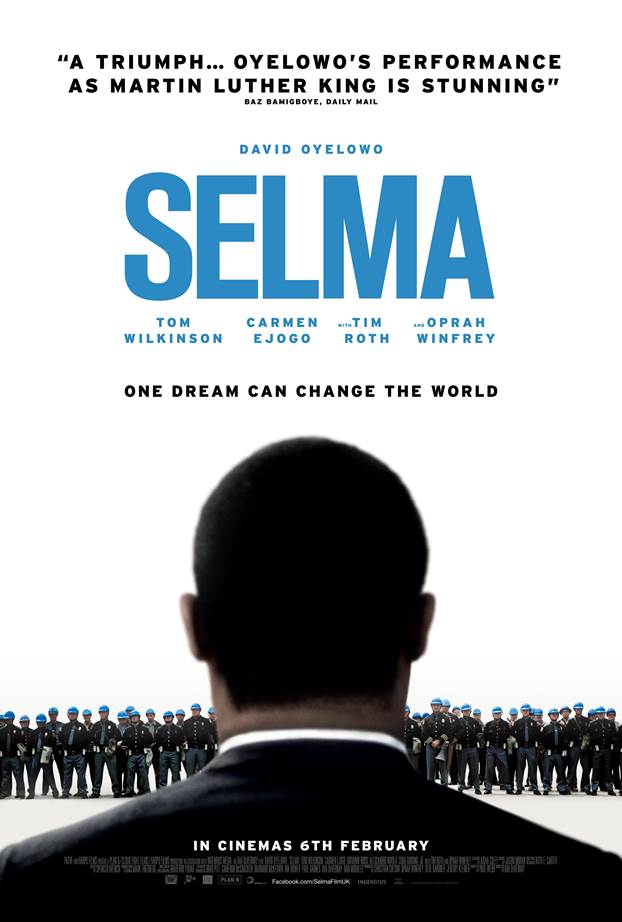 Mum’s rating: 8/10              Concentrating on a single, significant period in the history of the civil rights movement is a smart move, giving the film a powerful focus yet allowing plenty of room to explore the issues and the characters.  Selma does both with confidence and courage.  At the end of the film, we’re given a moving reminder that the events on the screen took place just 50 years ago.  The credits roll to the sound of archive audio of singing from the actual Selma marchers.  And when I saw the film, most of the audience stayed in their seats until the very last note.  It doesn’t get much more powerful than that.

Selma is released around the UK on Friday, 6 February 2015.

Tags:  Ava DuVernay David Oyelowo George Wallace Martin Luther King Oscars President Johnson Selma Tim Roth Tom Wilkinson
This entry was posted on Monday, February 2nd, 2015 at 11:05 am and is filed under Movies. You can follow any responses to this entry through the RSS 2.0 feed. Both comments and pings are currently closed.