The film, however, shows us not only a different balcony scene, but a different version of events – and, apparently, they’re based on true events.  London Mums’ film critic Freda Cooper goes back in time to find out more …… 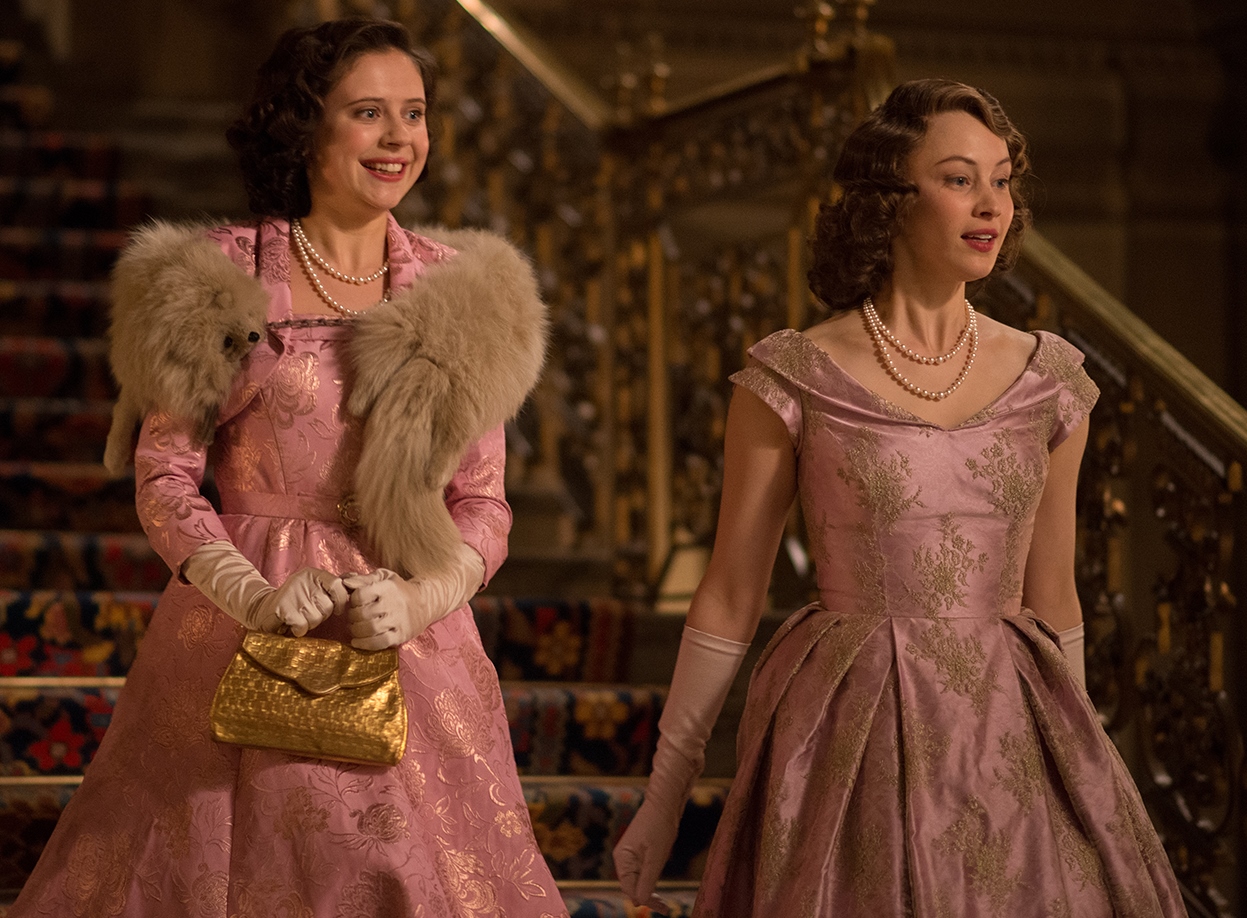 Princess Elizabeth (Sarah Gadon) and Princess Margaret (Bel Powley) persuade their parents to allow them to join in the celebrations following the end of World War II in Europe.  It’s the first – and ultimately only – time they’ve been outside the Buckingham Palace gates incognito.  Once out, they become separated, with Margaret being taken to all sorts of disreputable establishments, in the company of various men, while Elizabeth desperately tries to find her, with the reluctant help of an airman, Jack (Jack Reynor).  The two princesses are eventually re-united at a party at Chelsea Barracks, but somehow they then have to get home.

Whether the story is true or not, the result is a frothy royal fantasy and one with harks back to the delights of Roman Holiday (1953), when Audrey Hepburn’s princess was shown the glory that was Rome by journalist Gregory Peck.  London doesn’t look as grand – it’s the tail end of World War II, after all – and we don’t really see that much of the city at all, apart from a handful of scenes that were clearly shot in The Mall and Buckingham Palace.  Otherwise, they could have been filmed anywhere and they were, in fact, shot miles away from the capital.  Unfortunately, there are times when it’s painfully obvious.

As a portrait of the Royal Family at the time – “We four”, as George VI (Rupert Everett) calls them – the film plays it safe, never straying too far from the accepted versions of their persona.  The King George VI and Queen Elizabeth that we see here are less warm than the ones we saw in, say, The King’s Speech (2010), with Emily Watson’s Queen being more in the mould of her mother-in-law, Queen Mary, whose stiff formality was reputedly the result of crippling shyness. 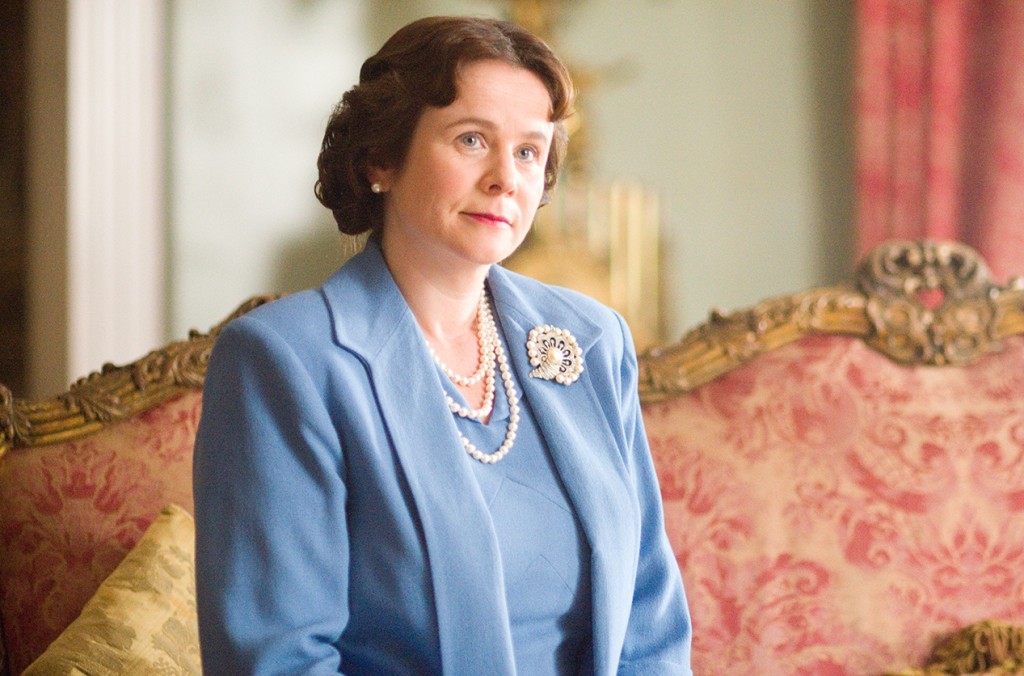 Princess Elizabeth is, inevitably, the more responsible of the two princesses, wanting to do the right thing but finding that, once outside the gates, she also longs to be a person in her own right.  Unfortunately, Margaret is turned into more of a caricature, frivolous and naïve and, sadly, over-acted by Bel Powley.  Thankfully, there is more subtlety and balance in Sarah Gadon’s Elizabeth.

The film’s also intended to be a comedy, although the humour is more than a little flat footed.  The style of the Carry On films pops up regularly – watch the scene with the tower of champagne glasses – and the two officers entrusted with chaperoning the two princesses are clearly related to the two British airmen from ‘Allo ‘Allo.  Even clumsier is a drunken Margaret being pushed along in a wheelbarrow.  Emily Watson’s Queen Elizabeth, however, does have the best line in the film by far.  While she and King George VI acknowledge the cheering crowds from the balcony, she mutters through clenched teeth, “I could murder a gin and tonic!” 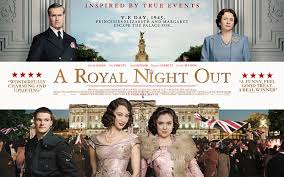 A Royal Night Out is a charming but featherweight fantasy, and one that gets through mainly because of that charm.  Grandmothers – and Great Grandmothers – will enjoy it for its familiarity, as will anybody who was brought up with their parents’ memories of World War II.  Whether it needs to be watched on the big screen is questionable: it would work just as well – if not better – on the small screen when the DVD comes out.

A Royal Night Out is released in cinemas nationwide on Friday, 15 May 2015.

Tags:  'Allo 'Allo A Royal Night Out Audrey Hepburn Bel Powley Carry On Emily Watson Gregory Peck Jack Reynor King George VI Princess Elizabeth Princess Margaret Queen Elizabeth Roman Holiday Rupert Everett Sarah Gadon The King's Speech VE Day World War II
This entry was posted on Monday, May 11th, 2015 at 11:00 am and is filed under Movies. You can follow any responses to this entry through the RSS 2.0 feed. Both comments and pings are currently closed.