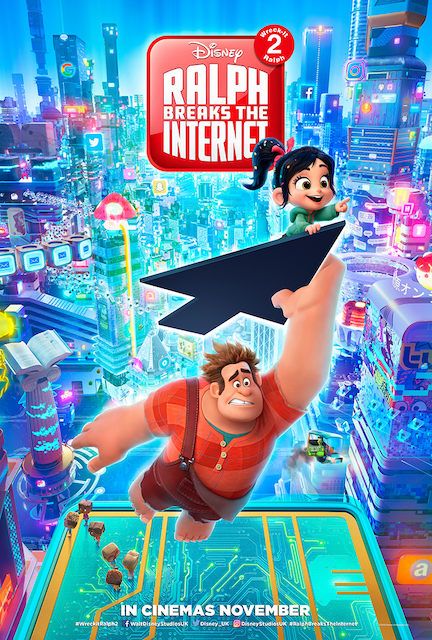 In Ralph Breaks the Internet, video-game bad guy Ralph (voice of John C. Reilly) and best friend Vanellope von Schweetz (voice of Sarah Silverman) leave the comforts of Litwak’s arcade in an attempt to save her game, Sugar Rush. Their quest takes them to the vast, uncharted orld of the internet where they rely on the citizens of the internet—the Netizens—to help navigate their way. Lending a virtual hand are Yesss (voice of Taraji P. Henson), the head algorithm and the heart and soul of the trend-making site “BuzzzTube,” and Shank (voice of Gal Gadot), a tough-as-nails driver from a gritty online auto-racing game called Slaughter Race, a place Vanellope wholeheartedly embraces—so much so that Ralph worries he may lose the only friend he’s ever had.

Six years later Wreck-It Ralph comes back with a bang! The new animated film Ralph Breaks the Internet is a breath of fresh air and brings along character, colour and most of all it brings us all to the 21st century! For those of you who  didn’t have a clear idea of what the full power of the internet is,  this animated film certainly brings you up to speed. Not only that, but it seems to bring you in an unreal world that is actually very real, just ask any teen! I would rate this film 8* as it has all the characteristics of a Disney movie although with a coupe of twists: the first one is that for some reason, all the Disney princesses are in it and they are pictured in a very 21st century playground. 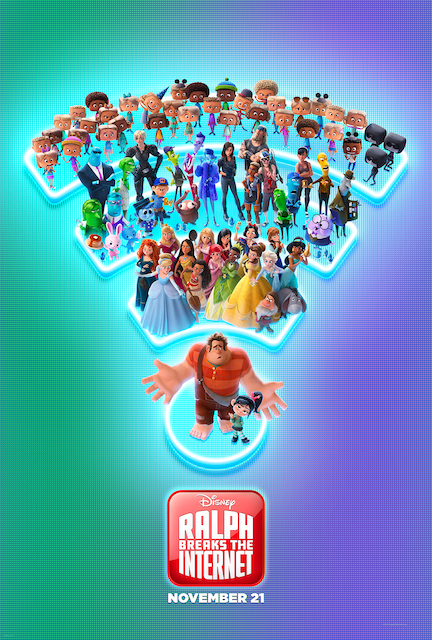 The second being that from the beginning, there’s a sense of ‘branding’ all the way through the film. There’s no five minutes in which you cannot notice a global branding and recognise it. Is this a positive touch for our young generation, I ask myself? Well, let’s put it like this: if I didn’t know the brand, I know about it now and for those who know them all, they are all bang in your face at all times. The fact that the brands were clearly everywhere depicts either a way of moving on with publicity or it could also be seen as something that is often imposed on us without our knowledge no willingness. I prefer to think about it as the latter.

A sequel can be difficult to tackle if the first movie was good but Walt Disney Animation Studios have dove a good job with Ralph breaks the Internet. The story has little to do with the old video games and more to do with the internet and social media which will attract the youngsters who are more in touch with this tech reality.
The whole movie is a parody of how the internet is making us all look and act like avatars in the hands of social media and that true friendships go above and beyond the ‘likes’ we receive on Facebook, Instagram, BuzzzTube (which clearly refers to YouTube without mentioning it because they probably did not want to pay for the placement or for other copyright issues).
As with most Disney films, it’s a feel good movie with some educational takeaway too. A film that the whole family would enjoy watching together. The younger kids will giggle at the quirky lovable characters and will relate to the buzz created by the video culture we are surrounded by. The adults will love all the references to other movies, whether it’s Disney, Marvel (including a quick cameo of the avatar of latest Stan Lee), Star Wars and other big films like King Kong. There’s plenty of entertainment for everyone. Good timing for this release to ensure families have a good choice of movies to watch over the Christmas holidays.

London Mums went to check out the WIFI WAY 2-day immersive pop-up event opened to members of the public to celebrate this movie release. We were guided through the wonderful world of the internet to experience a journey similar to that of Ralph and Vanellope’s in the film. It was surprisingly good! Here are some highlights. 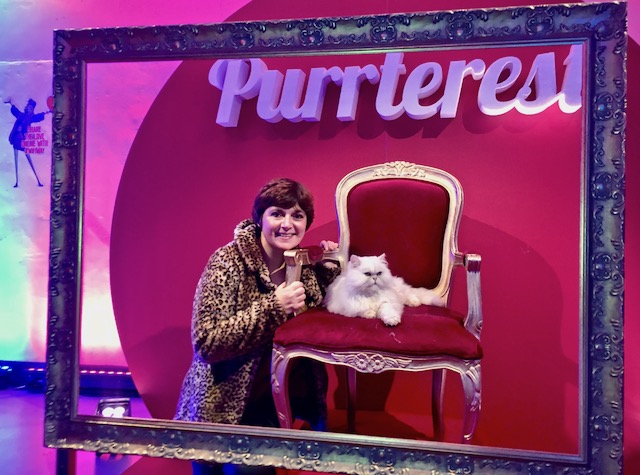 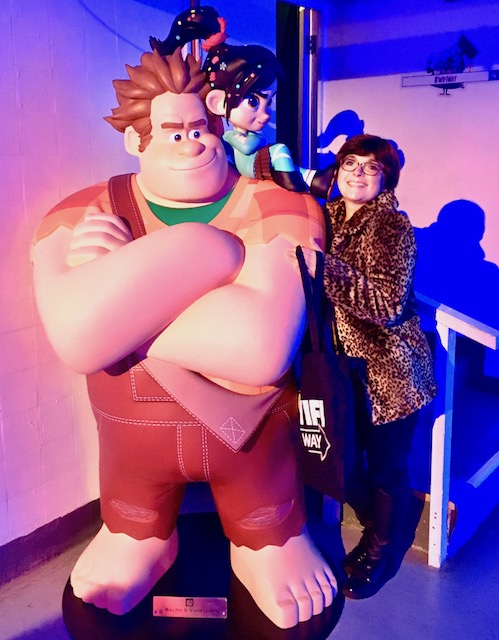 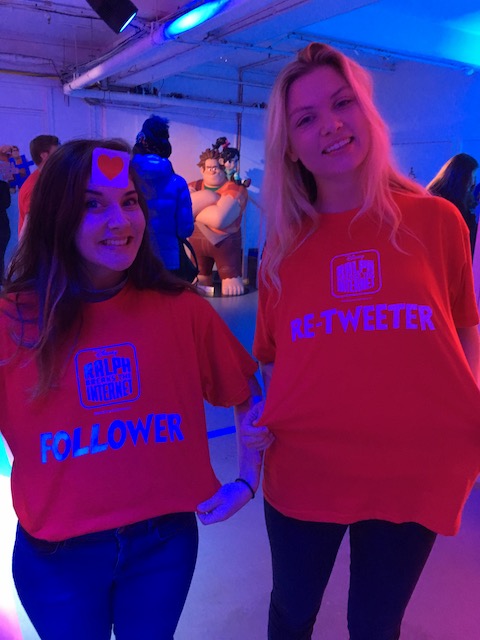 I experienced the real life followers and re-tweeters 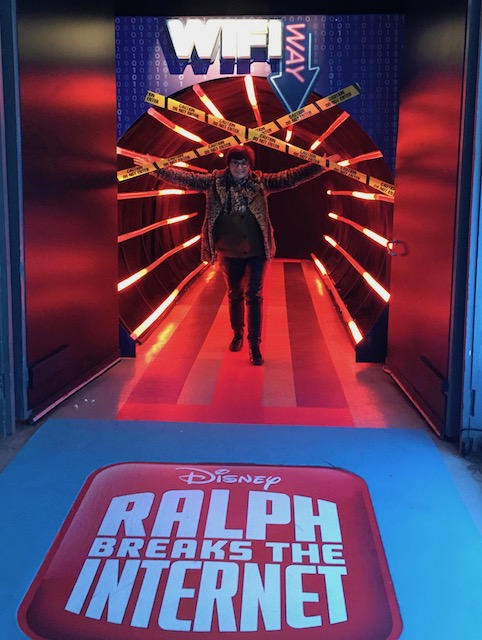 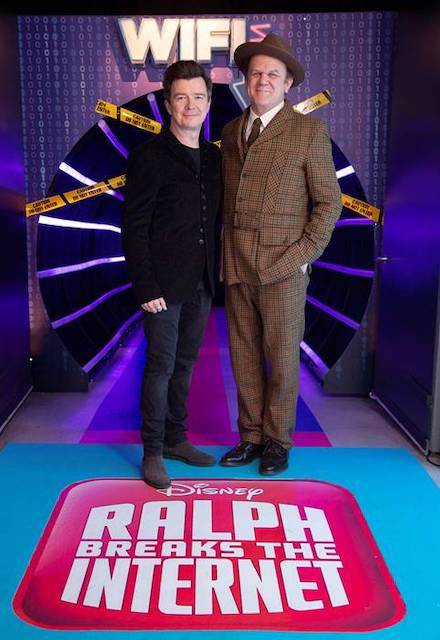 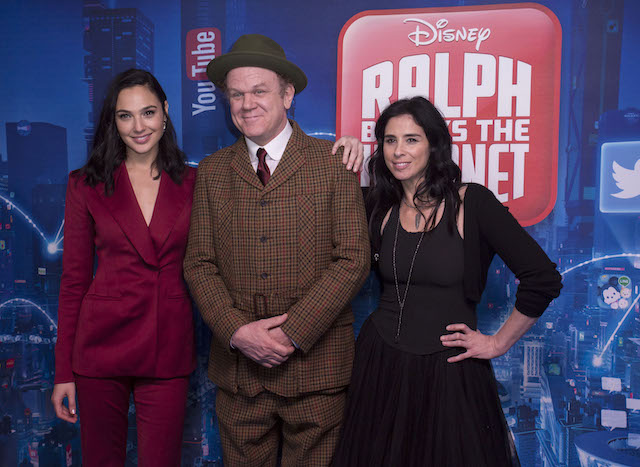 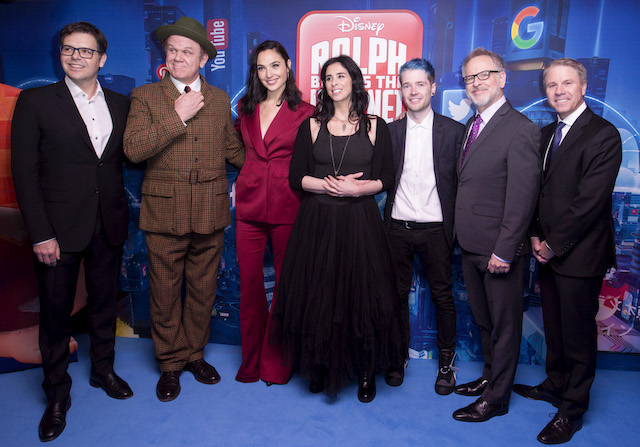 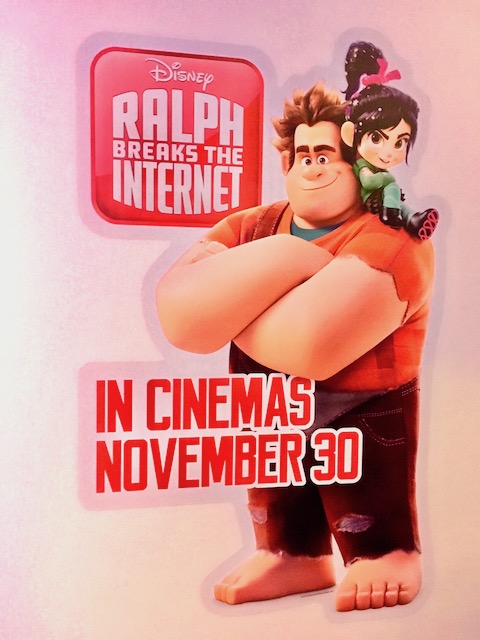 This entry was posted on Monday, November 26th, 2018 at 2:48 pm and is filed under Movies. You can follow any responses to this entry through the RSS 2.0 feed. Both comments and pings are currently closed.