Film review: Pirates of the Caribbean: Salazar’s Revenge starring Johnny Depp as Jack Sparrow out on 25 May 2017

Who can resist a swashbuckling adventure film starring Johnny Depp? My London Mums’ friends and I certainly can’t. Add to that Javier Bardem as the villain and you have a masterpiece. Pirates of the Caribbean: Salazar’s Revenge is Disney’s latest instalment in the super popular pirates’ franchise. I cannot see it disappear any time soon. It’s too good to be stopped! Every now and then a Pirates of the Caribbean film is a blast. At the end of the day, we are all still watching the old Jack Sparrow’s movies over and over again on TV if not on DVD. This latest humor filled action film is very good so don’t miss it, London Mums! 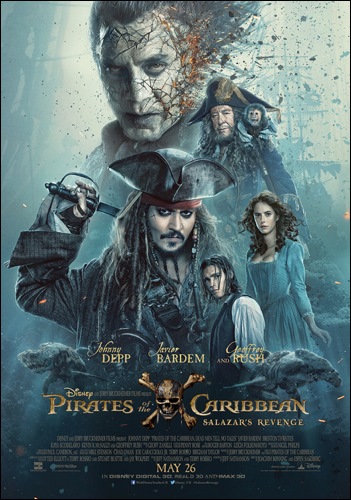 Jack’s only hope of survival lies in the legendary Trident of Poseidon, but to find it he must forge an uneasy alliance with Carina Smyth (Kaya Scodelario), a brilliant and beautiful astronomer, and Henry (Brenton Thwaites), a headstrong young sailor in the Royal Navy. At the helm of the Dying Gull, his pitifully small and shabby ship, Captain Jack seeks not only to reverse his recent spate of ill fortune, but to save his very life from the most formidable and malicious foe he has ever faced.

Before watching the film last week, I watched a few trailers but I was under the impression that this film would be a lot darker than previous Pirates of the Caribbean movies.

Instead to my surprise I found it extremely funny all the way through. Some of Jack Sparrow’s key features (his love for alcohol, women and power) are exaggerated to create endless gags. I have never laughed at these pirates’ films as much as I have done in this latest instalment. This is the way to go. Disney had a more relaxed approach and produced a film that can truly be enjoyed by the whole family without any hidden educational messages. Well, unless you count the fact that the young generation of pirates is searching for ways to reconnect with their lost or doomed fathers.

Johnny Depp has never disappointed his fans and Jack Sparrow’s super fans. Having Javier Bardem (Penelope Cruz’s talented husband) as his counterpart in his role as the terrifying living dead villain looking for revenge makes Jack Sparrow look like a softie. But his disfunctional crew and the unlikely ‘friends’ met while on the run from bad situations are constantly appearing out of the blue to save his gut.

At some point in one of Salazar’s flashbacks we see a young Jack Sparrow. I love the young looking Johnny Depp even if he was probably CGIed into this film. He is still the most handsome pirate in Hollywood!

A few times I thought Jack Sparrow was about to be killed for good and I even speculated that Disney wanted to end this franchise, but thankfully he was always rescued and my faith in the future of the ultimate Pirates’ tales restored.

Watch out also for a brilliant cameo by Paul McCartney as Uncle Jack. 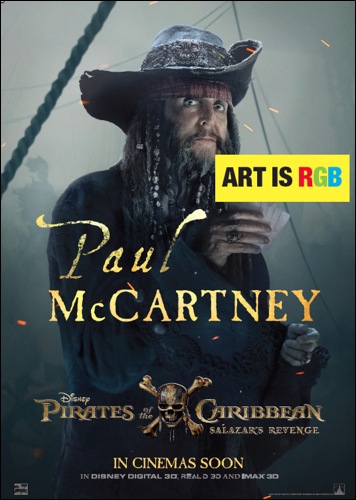 I guarantee that Pirates of the Caribbean: Salazar’s Revenge will be a box office success.

Pirates of the Caribbean: Salazar’s Revenge sails into UK cinemas on 25 May 2017. 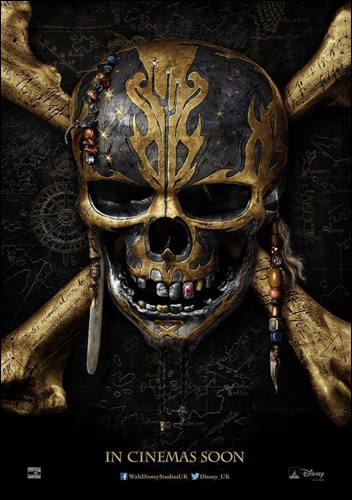 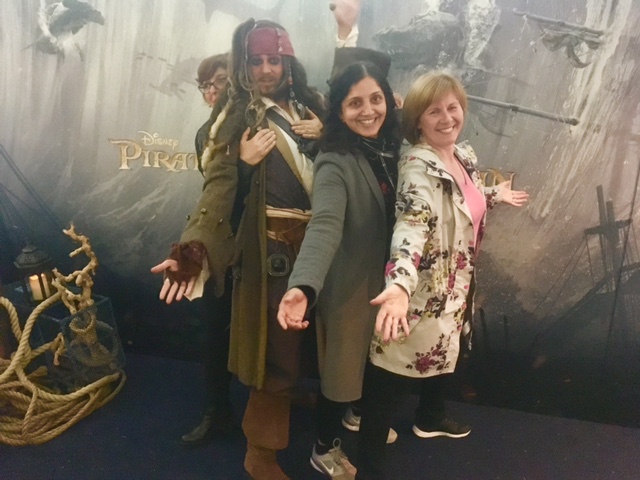 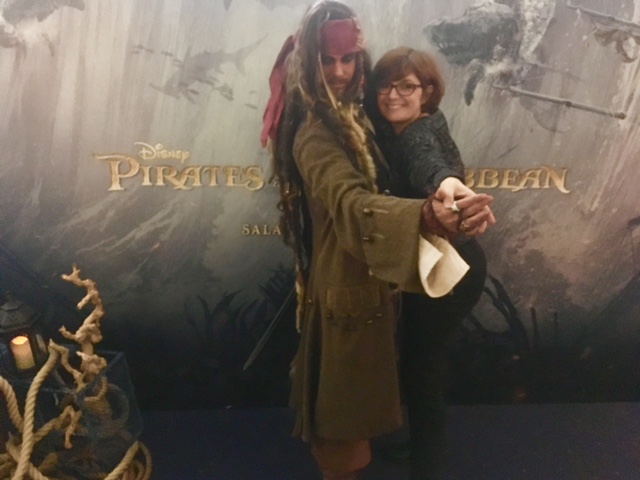 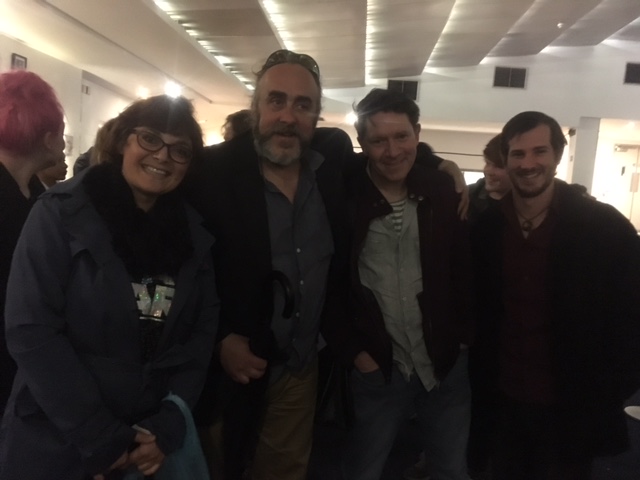 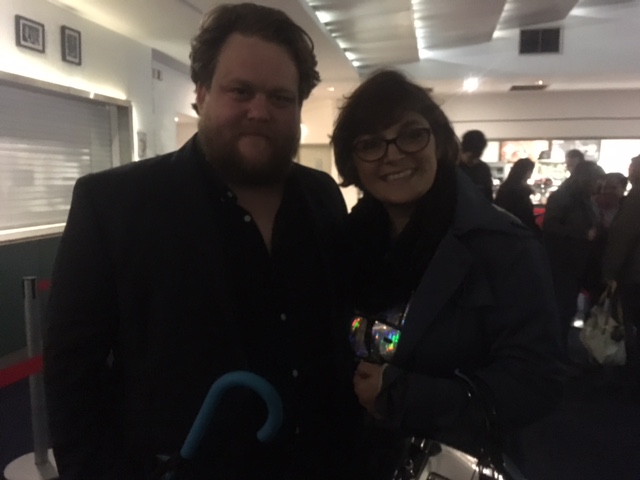 If you like Johnny Depp you may enjoy these other features and videos:

Alice Through the Looking Glass review

Alice Through the Looking Glass Heads Up piece

My favourite pirate game of all time was and still is Pop Up Pirate by Tomy! I used top play with it when I was a kid and I am now sharing it with my son. Thankfully Tomy has kept it like the original game so it is a proper retro toy. 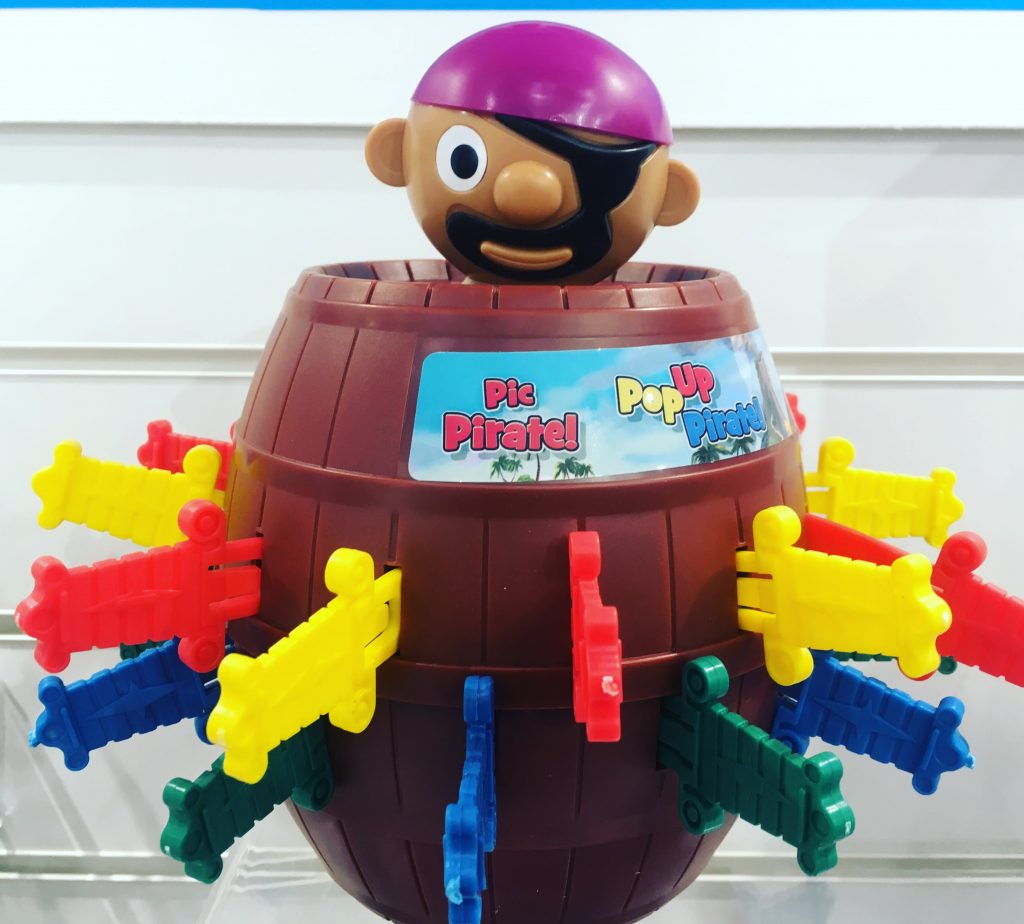 This entry was posted on Monday, May 22nd, 2017 at 2:01 pm and is filed under Movies. You can follow any responses to this entry through the RSS 2.0 feed. Both comments and pings are currently closed.