Pacific Rim: Uprising is an over the top Sci-fi fantasy with brilliant special effects and great performers. Think Transformers meets The Avengers to have an idea of what to expect. Overall it is a big nonsensical but the robots piloted by amazingly looking humans versus monster fights are very cool. It is the perfect action movie for dads and teenagers. It is out this weekend in time for the Easter holidays. 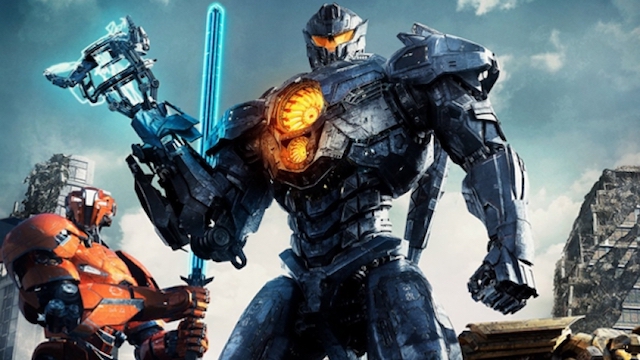 Jake Pentecost is a once-promising Jaeger pilot whose legendary father gave his life to secure humanity’s victory against the monstrous Kaiju. Jake has since abandoned his training only to become caught up in a criminal underworld. 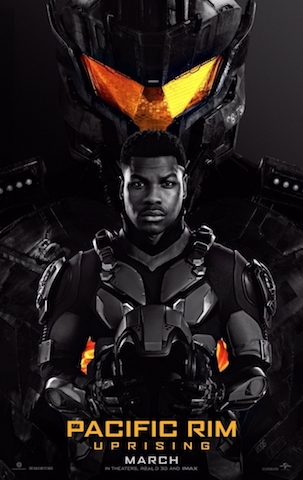 But when an even more unstoppable threat is unleashed to tear through cities and bring the world to its knees, Jake is given one last chance by his estranged sister, Mako Mori, to live up to his father’s legacy.

The motive recurrent to be a warrior and fight evil forces to protect justice on Earth is there but this movie is not pretentious and its aim is not to educate teenagers. There’s lots and lots quick action where cool robots piloted by humans are fighting horrible monsters. John Boyega (Star Wars) shows that he’s a good actor and can play the main hero role confidently.
If action films are not for you, Pacific Rim: Uprising cannot be discarded completely because you can still spend a couple of hours watching the amazingly looking Scott Eastwood. He is the son of Clint Eastwood and plays the role of a cool sidekick to Boyega and his expressions speak more than words. He also proves that he is a great actor and not just a pretty face. He can be the romantic heart throb cowboy as in The longest ride as well as a badass like in Fast and Furious as well as an authoritative figure in Pacific Rim: Uprising. 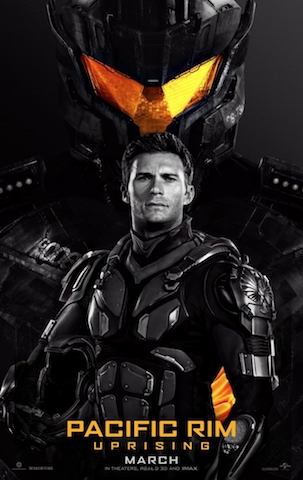 You don’t really need to know the movie to which Pacific Rim: Uprising is a sequel because this film follows a standalone story. I hadn’t seen the first film and I still enjoyed it. As with other action films the monsters become bigger and scarier as we go along and the fights become harder and impossible to win but we know that the heroes will win in the end so you just sit back and enjoy pure visual entertainment. The special effects are simply extraordinary especially on a 3D screening (I watched it at the BFI IMAX).
Pacific Rim: Uprising has a 13+ certificate. I personally agree with it. Teenagers will enjoy it but younger children would be scared by the monsters and the violence as well as destruction of the world that happens throughout the movie.

Our latest magazine can be downloaded from here https://londonmumsmagazine.com/magazine/

This entry was posted on Thursday, March 22nd, 2018 at 3:08 pm and is filed under Movies. You can follow any responses to this entry through the RSS 2.0 feed. Both comments and pings are currently closed.