Our Last Tango is the true story of the Argentine dancers who made the tango famous. It is what I call a movumentary, my made-up term to describe a documentary merged with movie scenes. Read below why you should not miss this when it will be released in UK cinemas on 22nd September 2017. 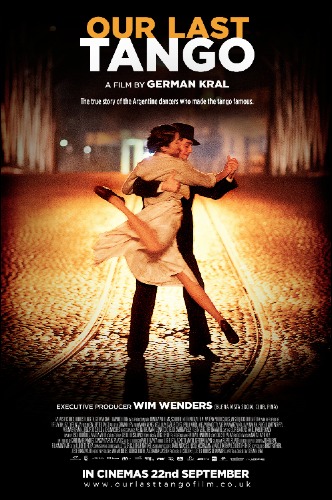 Our Last Tango is the love story between the two most famous dancers in tango’s history. And the story of their tremendous love of tango.

María Nieves Rego (now 83) and Juan Carlos Copes (now 86) met when they were 14 and 17, and they danced together for nearly fifty years. In all those years they loved and hated each other and went through several painful separations but always got back together.

No other man danced like Juan and no other woman danced like María! Eventually, he left her for good for a woman 20 years younger with whom he fathered two children. Now, at the end of their lives, Juan and María are willing to open up about their love, their hatred, and their passion.

In Our Last Tango Juan and María tell their story to a group of young tango dancers and choreographers from Buenos Aires, who transform the most beautiful, moving and dramatic moments of Juan and Maria’s lives into incredible tango-choreographies. 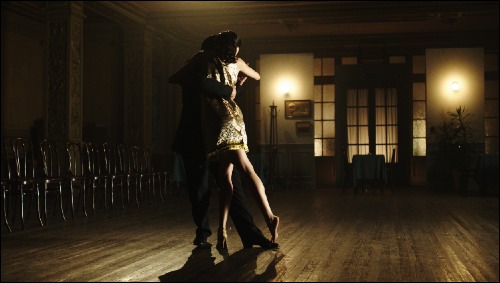 While telling Juan and Maria’s story, Our Last Tango also traces the history of the tango and the profound influence the couple had on the dance in the past 50 years. Juan and María were the first to take the tango out of the clubs of Buenos Aires and bring the dance on to the world’s theatre stages. Born during the tango’s golden age, when the dance was the “diversion of the poor people”, they gave up everything to devote their lives to it. But, then came rock ’n’ roll and, with it, the decline of this passionate dance from Argentina. But, María and Juan and their companions never gave up. No one was more obsessive and determined than Juan, who created the first tangostage- show, which carried the tango out into the world.

His determination paid off: soon they were touring Latin America and later even performed in New York. Those were not only wonderful times, but also extremely difficult ones. Tango was absolutely unknown in the US. They didn’t have money and struggled to make ends meet. Until one day Juan had the crazy idea to dance on a table. A show that from then on became their trademark and with which they went on stage all over the world. María felt homesick and wanted to return to Argentina. All that really mattered to her at this point was Juan. But, all he cared about was the tango.

At Maria’s insistence, Juan married her in Las Vegas. They returned to Buenos Aires, but then Juan left on a world tour, without María. S h e  w a s  c o m p l e t e l y devastated, until she fell in love with a man she met at a milonga. Juan missed his tango-partner and returned to Buenos Aires after two years to look for María – who was now with another man. They tried to dance and live together once more, but Juan’s excessive lifestyle wore María down. Juan drank and continued to see other women. This self-destructive behaviour nearly cost him his life. But then he met his present-day wife and soon
they were expecting their first child. This was a huge shock for María. A time of open hatred began. Even if Juan and María didn’t talk to each other anymore, they continued to dance together for almost twenty years like real gods. When the internationally acclaimed “Tango Argentino” broke everyone’s expectations to become one of the most successful Broadway shows ever to be staged, Juan and María were the lead dancers of the show.

But, after a tour in Japan, Juan stopped inviting María to be his dance partner. María, now over 60 years old, nearly went to pieces. She got severely depressed, lost all her pride and self-confidence. A few years were to pass before she gathered the courage to dance again, experiencing the longed-for and cherished applause of the audience. Now, without her life-long companion, she comes back to life as a woman and an artist.

One of the executive of this film is the iconic Wim Wenders. Unsurprisingly this movumentary is a masterpiece made with beautifully-shot choreographies that compliment the soul-searching interviews and documentary moments of the film to make this an unforgettable journey into the heart of the tango. 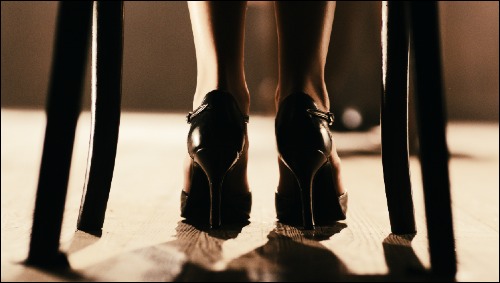 If you enjoyed watching Buena Vista Social Club you will love Our Last Tango too. Buena Vista was a documentary in Our last tango interviews with the Octogenarians tango dancers beautifully interlace with scenes with actors reenacting the past of the protagonists while they go down memory lane to their beginnings. Tango lovers will adore this movumentary but those who are not familiar with this dance will fall in love with it and at the end of the film they will go and look for tango lessons.

It’s easier to appreciate the emotions of the characters and their passion for tango if you understand the Spanish language with the Argentinian accent, as I did. But even with the subtitles the visuals will still transport you into the magical world of this dance which is both sexy and romantic.

I know that I will be watching Our Last Tango again and again once I will get hold of the DVD. By the time it comes out in DVD I will have probably mastered a few tango steps myself.

‘When does a film really begin? I am not speaking about the fade-in on the screen, but of the moment when a film idea starts to form itself. To push and scream as it comes alive… I remember very well the very first moment I met María Nieves in Buenos Aires. It was very late in the night and she was smoking a cigarette outside a milonga. I told her that I was preparing a film about tango and that I would very much like to talk to her. She was kind and charming – as she mostly is – and gave me an appointment a couple of days later at her home. I remember very well that after just thirty seconds of sitting on her sofa and talking to her, I knew that María had to be in the film. I remember very well, how I felt when some days after that encounter I read Juan Carlos Copes’ autobiography “¿Quien Me Quita Lo Bailado?“. While I was turning the pages of this book, I couldn’t get it out of my head that the film has to be about both, María and Juan, the greatest tango couple of all time! Some years have passed since then. The making of the film became a real challenge. Sometimes a
wonderful and sometimes a difficult and dangerous journey.

During this journey I encountered and collaborated with fantastic artists: First of all María and Juan, but also all our dancers, and choreographers who gave their all to create startling performances. I also had a really tremendous crew behind the camera. People who love films and all worked very hard to make this the best film it could be. I am also extremely grateful to my co-producers Nils Dunker and Dieter Horres, who were courageous enough to undertake
this journey with me. And I will always be grateful to the generous help of Wim Wenders, my former teacher at the Munich Film School, who kindly accompanied me on this journey. Many years ago I left my hometown Buenos Aires for Germany, dreaming of making my own films. And it was this same need which brought me back to Buenos Aires years later to make OUR LAST TANGO. This shows us, that although we like to think our paths in life are straight and linear, more often than we think they are actually circular… In so many ways like a tango.’

Our Last Tango will be released in UK cinemas on 22nd September www.ourlasttangofilm.co.uk

This entry was posted on Monday, September 11th, 2017 at 12:10 am and is filed under Movies. You can follow any responses to this entry through the RSS 2.0 feed. Both comments and pings are currently closed.