Sequels have a chequered history. With a few notable exceptions (The Godfather 2, Toy Story 2, Despicable Me 2), they usually fall well short of the original.  And, by the time number three comes along, any resemblance to number one is likely to be purely coincidental.

You wonder why they make them – and you’ll certainly wonder that about Nativity 3: Dude, Where’s My Donkey?! Yet it arrives on the big screen on this Friday, 14 November.

You have been warned! 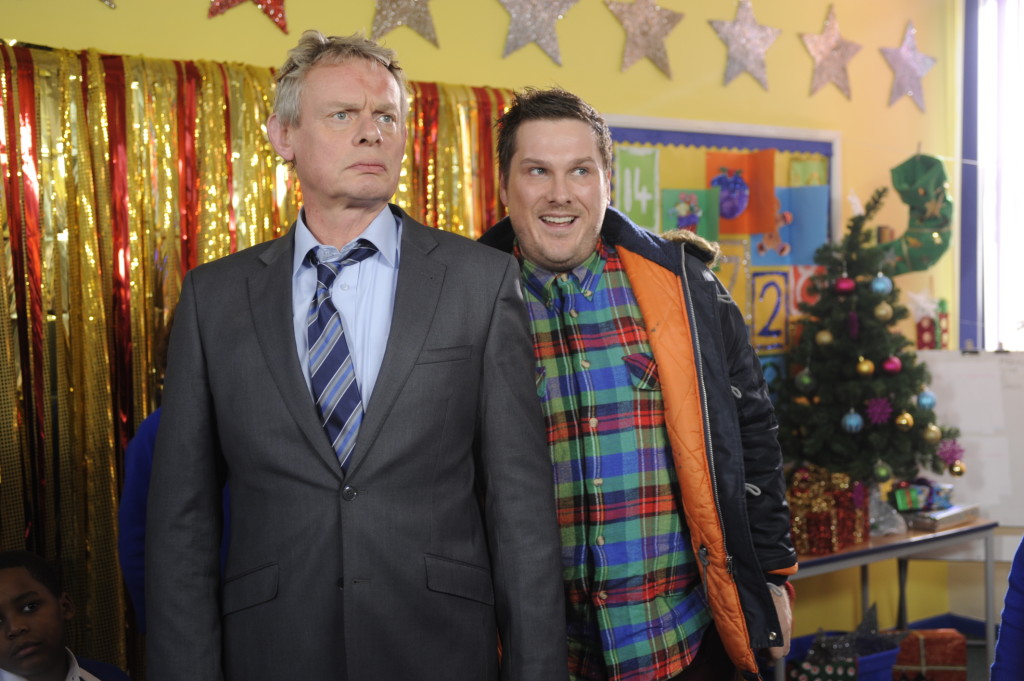 Christmas is on the way and teacher Jeremy Shepherd (Martin Clunes) arrives at St Bernadette’s to discover the school has a donkey in residence. While getting rid of the donkey, he also manages to lose his memory as well, putting his impending wedding to Sophie (Catherine Tate) and his daughter Lauren’s (Lauren Hobbs) Christmas wish for a new mum in jeopardy.  The solution involves a trip to New York and numerous flash mobs.

Dude, where do I start? The original Nativity! (2009) had the germ of a good idea: it was improvised around a school nativity play.  But, since that, it’s been downhill all the way, at the expense of some high profile British talent.  Number two had no less than David Tennant at the head of the cast and now number three has Martin Clunes and Catherine Tate, plus the likes of Celia Imrie, Susie Blake and Duncan Preston in support.  Although why anybody would want to have this film on their CV I really can’t imagine.  The adult members of the cast must have simply taken the money and sprinted for the hills.

The story, as you’ve probably guessed, is dreadfully contrived and is only lifted occasionally by the musical numbers performed by the children, masquerading as flash mobs (note to film makers: they’re SO last year!). These scenes at least have some energy.  The ones featuring the adults come with a built-in white flag.

The film is, I know, intended as a piece of light hearted, seasonal family entertainment and that, presumably, means it’s also supposed to be funny. But it’s not.  Silly, yes, but not funny.  The main culprit is Marc Wootton’s Mr Poppy, who also appears in the other two films and who is just a royal pain in the proverbial.  The gags were so obvious and predictable that I couldn’t muster a smile, although the younger children in the audience were happily laughing and the father next to me was chuckling away happily.  But it all missed my funny bone by a mile.

And, if you’re wondering about the donkey, he’s rather cute in a mournful sort of way. The trouble is he disappears half way through the film and it’s not until the end that he magically re-appears, without a word of explanation.  But by that time, I’d stopped caring. 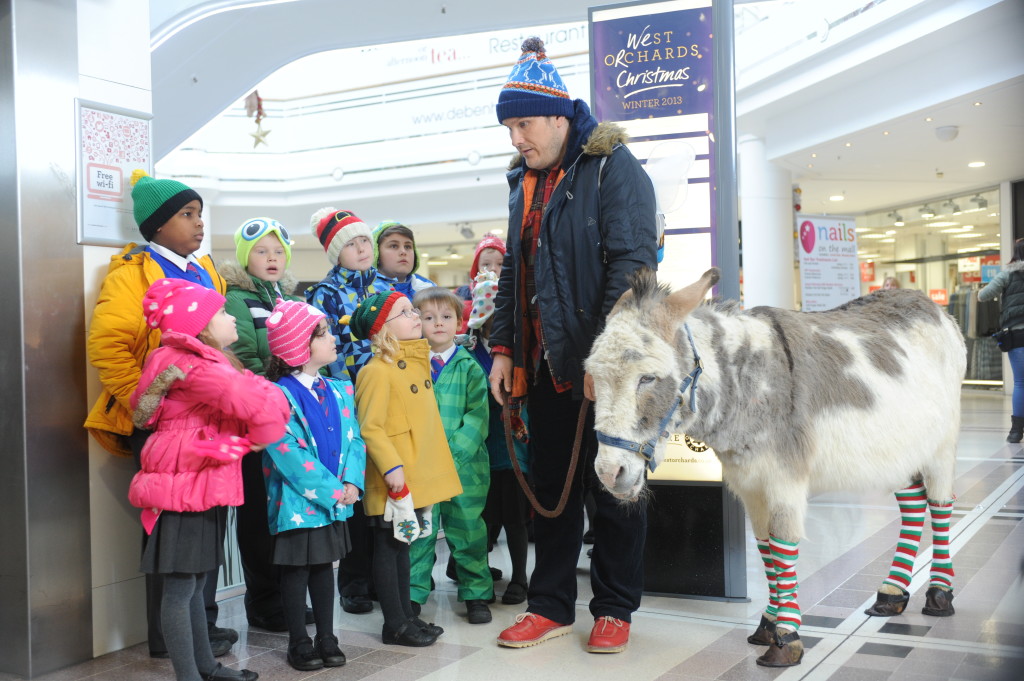 Mums’ rating: 2/10   Any donkey finding itself in this film could be forgiven for looking sorry for itself. The same applies to the audience, although if the one attending the same screening as me seemed surprisingly happy.  But this really is a real Christmas turkey on all fronts – and I couldn’t care less where the donkey is!

Tags:  Catherine Tate Celia Imrie Duncan Preston Marc Wootton Martin Clunes Nativity 3 Susie Blake
This entry was posted on Tuesday, November 11th, 2014 at 11:23 am and is filed under Movies. You can follow any responses to this entry through the RSS 2.0 feed. Both comments and pings are currently closed.